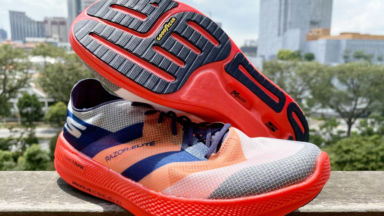 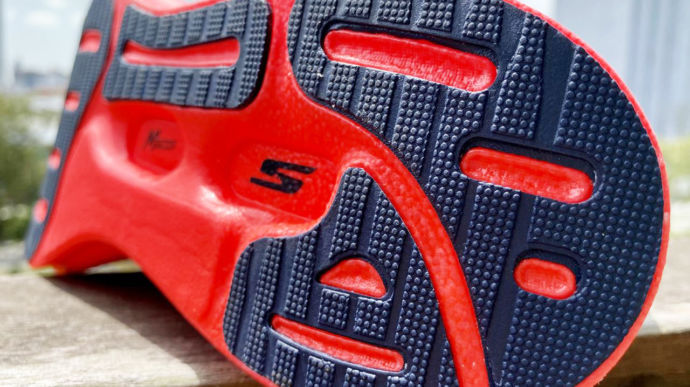 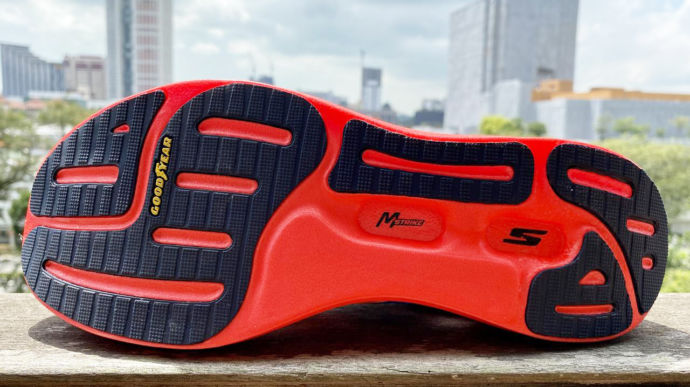 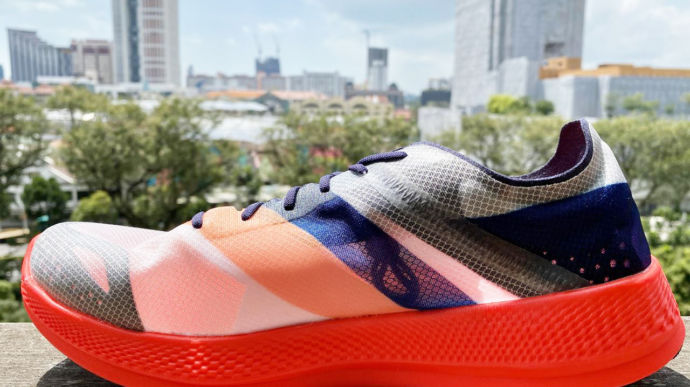 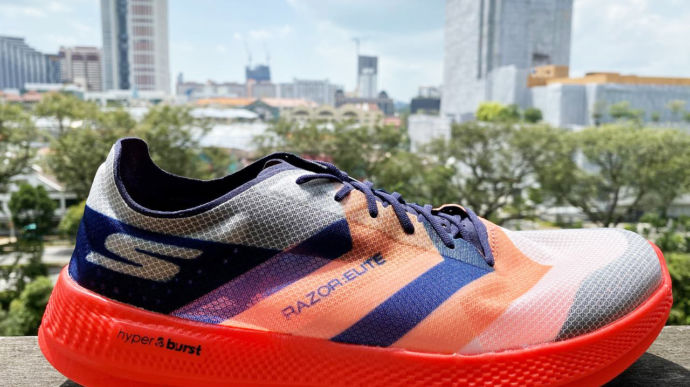 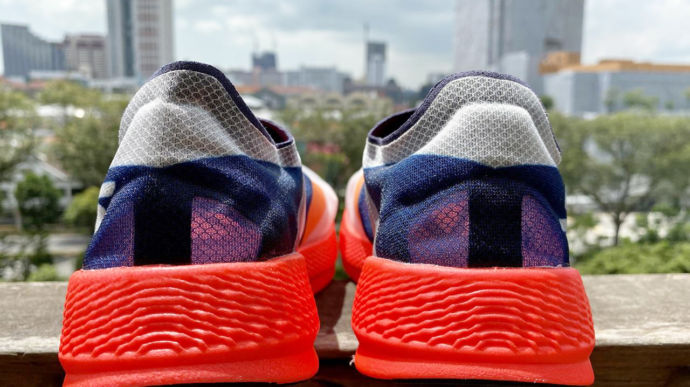 The Skechers GOrun Razor 3 Elite Hyper is a versatile racer with a cushioned, natural ride. It doesn't have the propulsion of other super shoes but at just $160, it's excellent value for money.
WHERE TO BUY
LOWEST PRICE
$155
SHOE INFO
Skechers
Brand
GOrun Razor 3 Elite Hyper
Model
Racing
Type
5.4 oz. (153 gr.)
Weight
155 US$
MSRP
4 mm
Heel Drop
WHO IS IT FOR
If you're looking for a lightweight racing shoe that can also be used as a trainer, the Razor 3 Elite is a fantastic choice.

It can handle a variety of runs with ease due to its cushioned, springy midsole.
Help me choose

A $160 racing shoe with carbon fibre in it seems like a real bargain in a time when they can cost up to $275.

The Hoka Rocket X and Carbon X 2 are already great value carbon-plated racers but Skechers takes it a step further and undercuts those racers by $20!

The Razor+ also has a thicker, more padded upper which is more supportive and it has more outsole rubber.

The midsole of the Razor 3 Elite has a stack height of 28mm in the heel and 24mm in the forefoot so it’s only a medium stack height.

Can the Razor 3 Elite hold its own against the other much more expensive super shoes and does it have enough cushioning for a full marathon?

When I took the Razor 3 Elites out of their box and held them in my hands, they felt ridiculously light.

Like you get fake, display models of expensive items in a store, the Razor 3 Elite felt like a fake shoe because it was so light.

The Razor 3 Elite had a deceptively firm ride because when I held it in hand and pressed the carbonated EVA midsole, there was a high level of squish to it.

On my first run in them, they felt firm but very cushioned. Transitions felt extremely smooth and the flexible midsole made them feel very agile.

The thing that stood out the most for me on that first run was the weight. At 5.4 oz for a men’s standard size, the Razor 3 Elite is truly something special and the lightest shoe I’ve ever worn.

To put it into perspective, two Razor 3 Elites are still lighter than one Nimbus 23!

It really felt like I wasn’t wearing shoes and I was gliding over the road.

Hyper Burst foam feels very different depending on the geometry of the sole unit. For example, the MaxRoad 4+ Hyper with its high stack height and outsole pods make it feel a lot more spongy and bouncy than the Razor 3 Elite.

Hyper Burst is EVA that they’ve heated and infused with carbon dioxide and nitrogen which is how Skechers achieves such a lightweight foam.

If you look closely at the midsole of the Razor 3 Elite, there aren’t any visible bubbles like in the MaxRoad 4+ or the Razor 3’s midsole. This results in a firmer ride which is more responsive and better for going fast.

And boy can the Razor 3 Elite go fast. Tempo paces below 5 minutes per kilometre are a breeze because there isn’t much sink-in cushioning. They feel agile and snappy.

The best way to describe how the Hyper Burst midsole feels underfoot is by comparing it to a light rubber bouncy ball. It feels a little bit like the Nike Epic React but softer and lighter.

I tested the Razor 3 Elites on every run imaginable and I found them to be very versatile: enough cushioning for long distances over 30km and efficient enough for threshold runs.

They felt best however on interval workouts and tempo runs below 15 kilometres.

The carbon-infused plate is really flexible and it’s so flimsy that if you had told me that there was no plate in it, I would have believed you. It’s even more flexible than the carbon plate in the Asics Metaracer.

I don’t really see the point in having such a flexible plate in it. Yes, it does add stability to the ride but I think that a stiffer plate would result in a snappier forefoot and ride.

The Razor 3 Elite just doesn’t have the high level of propulsion of other super shoes with more prominent, stiffer plates.

The midsole is a 4mm drop which I enjoyed a lot. It was really easy to get up onto my toes and pick up the pace in the Razor 3 Elites.

Before running in the shoe, I thought that the 4mm drop might give me some calf stiffness but luckily that never happened and it felt really comfortable on every run.

The midsole also features M Strike (the midsole is shaped like a boat) which made me feel like I was always striking on the midfoot.

Stability is great in the Razor 3 Elites. The full ground contact outsole makes foot strikes feel very planted and I never felt like I had to slow down when going around tight corners.

Goodyear rubber is used on the outsole and the rubber lugs sit flush against the midsole foam so ride transitions are really smooth.

Traction was acceptable in the Razor 3 Elites. The outsole and rubber are soft and flexible so they do well at “holding” onto the road better than shoes with hard, stiff lugs.

A downside of the soft Hyper Burst is that it’s not abrasion resistant so the high strike areas that aren’t covered with rubber have scraped the ground and have shredded fast.

I’ll be very surprised if the Razor 3 Elite can reach 400km of usage.

As far as racing uppers go, Skechers gets an A+ for this one. It has everything I want: minimal feel, excellent lockdown and doesn’t absorb water.

The mono-mesh upper of the Razor 3 Elite reminds me of Vaporweave on the Vaporfly because it’s also translucent and has a waxy finish.

It has a snug, narrow, racing fit which I found to be true to size but if you have wide feet, you will probably need to size up.

There’s only one seam on the upper which is on the midfoot on the medial side but I didn’t feel it at all during my runs.

The tongue of the Razor 3 Elite is thin, flat and non gusseted but I didn’t experience any tongue slide because its wide wings help to hold it in place.

One thing to be careful of is that the colour of the suede collar lining bleeds onto socks so don’t wear them with expensive socks or light-coloured socks.

That’s not something you should see from a $160 shoe but it didn’t bother me too much because I wear cheap, dark socks.

I found the upper to be highly breathable and to have overall great lockdown even though there isn’t much support or double last row eyelets.

I wouldn’t classify the Razor 3 Elite as a super shoe. It doesn’t offer enough mechanical assist to give you a huge advantage during races.

I feel like the carbon-infused plate is a marketing gimmick because a pure plastic or nylon plate would also have provided the extra stability and structure in the midsole.

The Razor 3 Elite is for runners who want a natural-feeling racing shoe that rides like a racing flat but offers much, much more cushioning. It can easily handle distances from 5km all the way up to a full marathon.

I will definitely keep them in my running shoe rotation for workout sessions, tempo and threshold runs because I prefer to do my training in natural-feeling shoes so I can get a huge boost when I switch to a stiff, carbon-plated shoe for a race.

The Razor 3 Elite is just a really fun shoe to use that’s insanely light and tremendously versatile.

We purchased a pair of Skechers GOrun Razor 3 Elite Hyper from runningwarehouse using our own money. This did not influence the outcome of this review, written after running more than 50 miles in them.