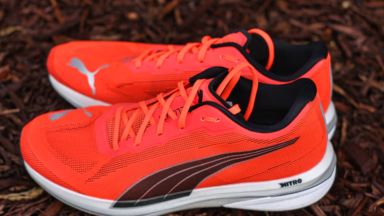 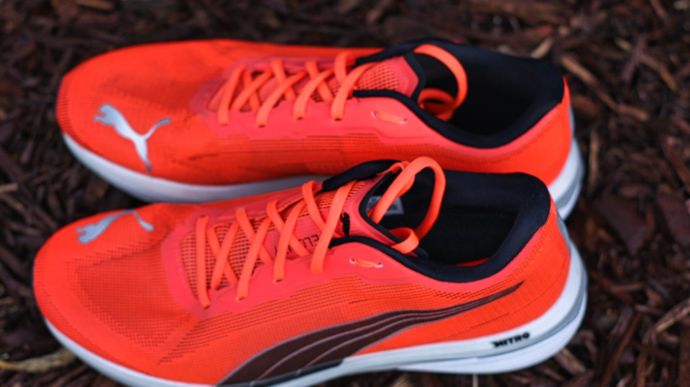 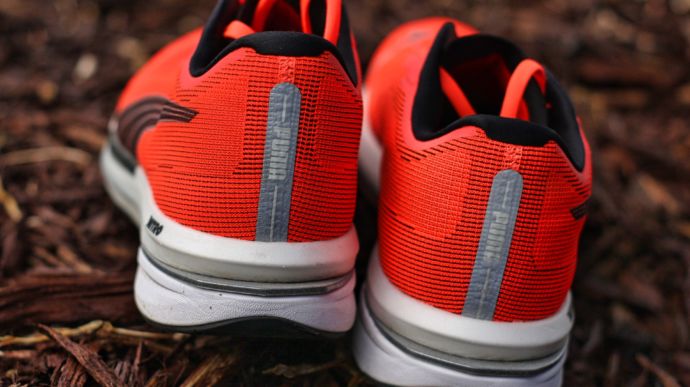 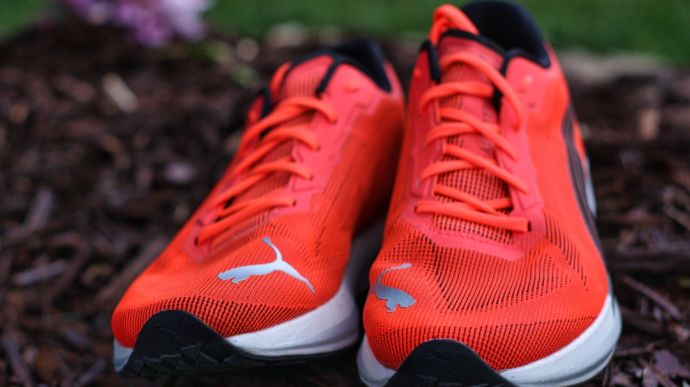 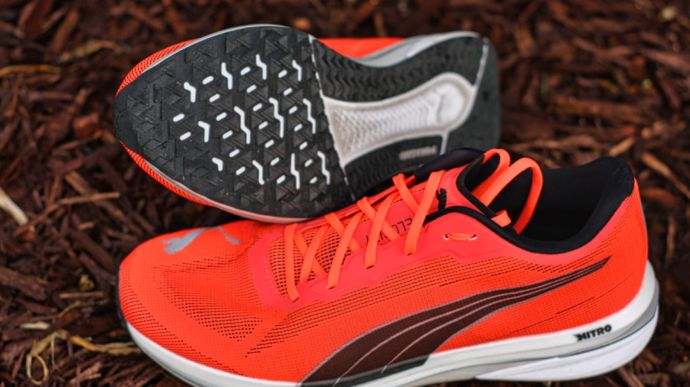 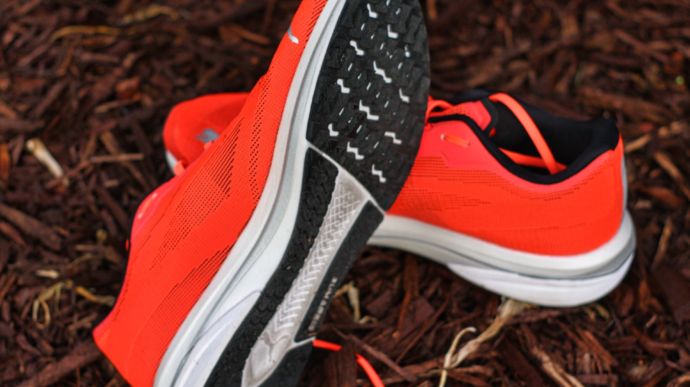 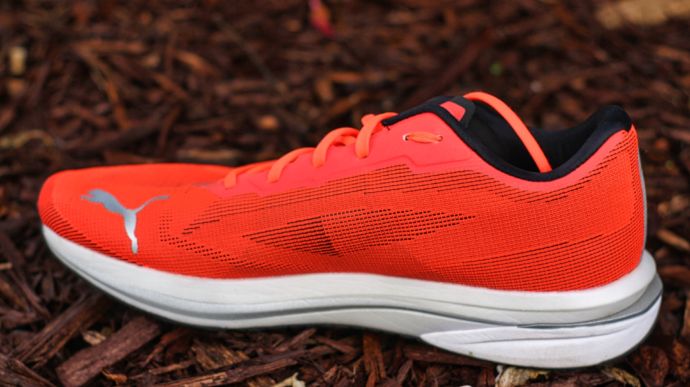 The Puma Velocity Nitro is the best of their new line, and a versatile shoe that should compete with many more popular offerings. This is a shoe any neutral runner should consider.
WHERE TO BUY
LOWEST PRICE
$78
SHOE INFO
Puma
Brand
Velocity Nitro
Model
Cushioning
Type
9.1 oz. (258 gr.)
Weight
120 US$
MSRP
8 mm
Heel Drop
WHO IS IT FOR
This shoe is for anyone who needs a neutral trainer. Big, small; fast, slow; these shoes are made for everyone.
Help me choose

Until the last couple years, Puma had been out of the spotlight when it comes to running shoes for quite some time. Sure, you may have seen some of their uniforms and they were in fashion wear.

But when it comes to real athletic shoes, they were nowhere to be seen. Then they decided to really dial in on shoes for running and basketball. And they have produced some great offerings for both sports.

In 2021, Puma introduced the Nitro line of running shoes. This line uses the technology made famous by Skechers, the Nitro foam. This style of foam is lightweight, and has great energy return.

In this case, the Velocity Nitro ($120) will compete against the likes of the Brooks Ghost, New Balance 880, Saucony Ride, Skechers GOrun Ride, ASICS Cumulus, Nike Pegasus and more.

I ordered the main colorway, Lava Blast, and was excited to see how they would look when they showed up. And I was not disappointed. As a fan of a flashy color, these shoes popped.

When I put them on my feet, they were incredibly comfortable for just walking around.

On the first run that I wore them, I went for a 5-mile regular run. They were cushioned well, and had a surprising amount of bounce. They were fun.

If you read my review of the Deviate Nitro, then a lot of this is going to sound very similar, because this shoe uses much of the same technology.

Puma uses a full Nitro foam midsole to keep weight down while remaining responsive. Nitro foam is soft, lightweight and very durable; it’s been a staple of the Skechers lines for years.

With 32mm under the heel and 24mm under the toe (8mm drop), there is plenty of cushion for any run. But with the nature of a Nitro foam, it can be a bit unstable if they are not counteracted with something.

In this case, Puma inserted a TPU heel piece for to counteract the instability of the heel. This hard plastic plate does a great job o adding stability to the shoe for heel-strikers.

Although the midsole is great, and enjoyed most every run in them, I was even more impressed with the full length PumaGrip rubber outsole.

As I mentioned in the review for the Deviate, the PumaGrip is an extraordinary outsole that gave me confidence to run on whatever surface was presented to me.

Rain, sleet, snow, or dry conditions, they were all tackled by the outsole on this shoe.

Puma didn’t try to reinvent the wheel with the upper of the Velocity. Using tried and true materials that any runner would be used to, they offer a supportive upper that works well with the sole unit.

In this case, they used a seamless mesh upper with a printed logo overlay for support. The lacing system uses reinforcement to help lock your foot down, and a comfortable, but very thin tongue.

This tongue is extremely breathable, but on longer runs it would leave my feet in pain from the laces applying pressure through the tongue.

Although just an annoyance, it was still something I would point out. If I tried to loosen the laces to relieve pressure, the foot was no longer locked down.

The upper is where I found the other main drawback of this shoe. The stiff collar was wonderful for locking in my heel without needing to use a heel-lock lacing.

However, the Achilles area of the collar was stiff and would press into my tendon. It was not a consistent thing to the point of full irritation, however, my Achilles Tendon was tender after long runs.

As mentioned above, Puma is just getting back into the game. And they are definitely making a splash with their Nitro line.

They released four shoes in this line; a speed trainer (Liberate), a daily trainer (Velocity), plated daily trainer (Deviate), and a racer (Deviate Elite); and I have yet to see one of them that was a miss.

The Deviate didn’t hit the mark for everything it was built up to be, but it was a decent plated-trainer option. Instead, I think the Velocity is what most people should be looking into.

If I had to choose one of those two shoes to use as a daily trainer going forward, I would be choosing the Velocity every time.

Yes, it has less technology. Yes, this isn’t the “premium” trainer. However, it hits so many marks, and the downsides are minimal.

The sole unit is dialed in, and great for every run. It has plenty of cushioning to do a half-marathon and longer (my longest in this shoe was 13, and it was great), while still being able to pick up the pace.

The upper needs some tweaks, but it is darn close to a finished product in my mind.

The material on the heel collar needs to be softened up a bit, and I would like to see a thicker, more traditional, tongue. However, those changes are relatively minor.

In the end, this is a great option at a good price. It is definitely a shoe I will recommend to my runner friends.

We purchased a pair of Puma Velocity Nitro from runningwarehouse using our own money. This did not influence the outcome of this review, written after running more than 50 miles in them.

Visit ShopAmazon.com
This page contains affiliate links. As an Amazon Associate I earn from qualifying purchases.
WHERE TO BUY
LOWEST PRICE
$78