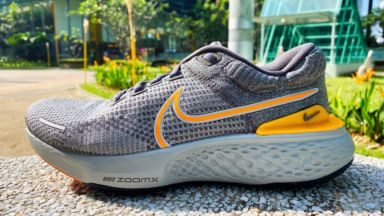 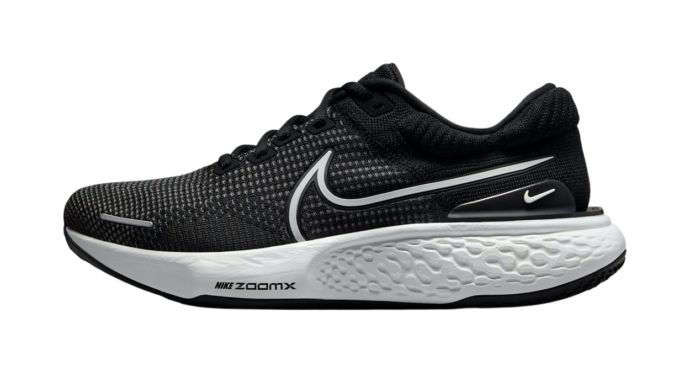 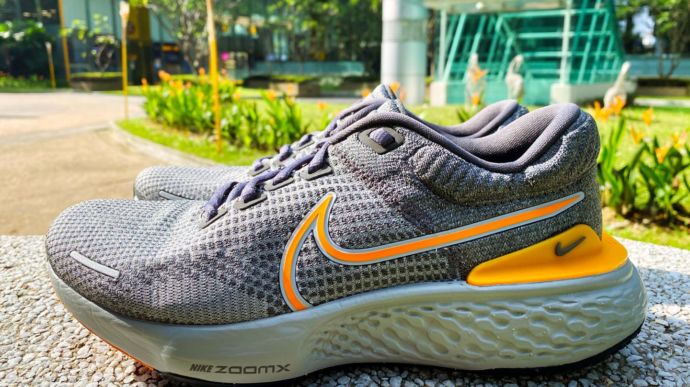 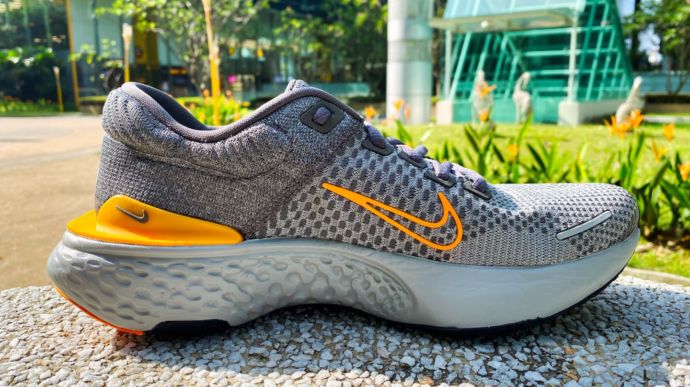 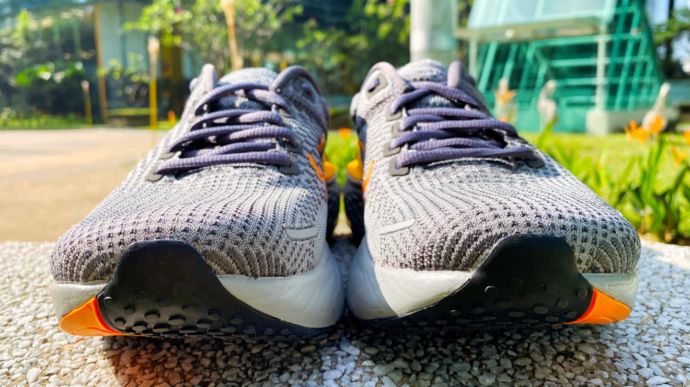 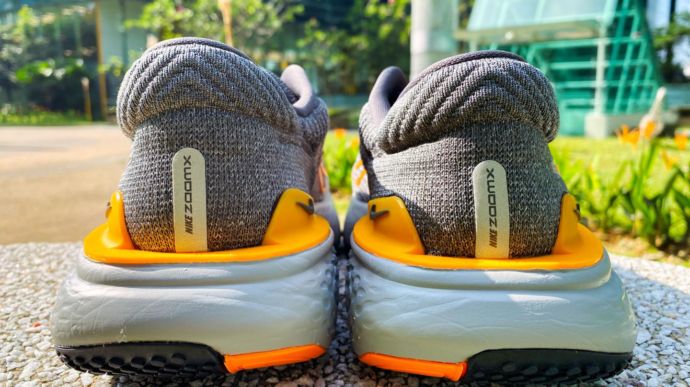 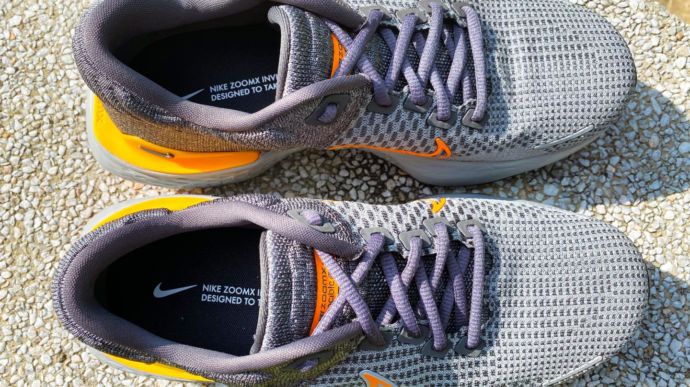 The Nike Invincible Run Flyknit 2 is the max-cushioned trainer with the softest and bounciest ride on the market. Its ZoomX midsole has remarkable energy return and cushioning which makes it great for easy runs as well as steady-paced runs. Version 2 of the Invincible Run is almost exactly the same as the first version. It has new shoelaces and a tweaked upper but the ride is identical.
WHERE TO BUY
LOWEST PRICE
$180.00
SHOE INFO
Nike
Brand
ZoomX Invincible Run Flyknit 2
Model
Cushioning
Type
9.70 oz. (275 gr.)
Weight
180.00 US$
MSRP
9 mm
Heel Drop
ZoomX Invincible Run
Previous model
WHO IS IT FOR
If you enjoy a super soft ride with maximum cushioning and energy return, the Invincible Run 2 is the shoe for you. It’s perfect for recovery, easy and slightly faster-paced efforts.
Help me choose

When I reviewed the Invincible Run last year, I had never experienced any running shoe like it.

Its extreme amount of bounce and energy return made it a truly unique running experience. I said that the Invincible Run was a game changer.

In the past 12 months, no other brand has managed to come out with a max-cushioned trainer that matched the Invincible Run in terms of bounce and energy return. The Brooks Aurora-BL came the closest but it was a much firmer, less plush shoe and it wasn’t widely available throughout the world.

The Invincible Run is such a unique shoe because not only is it highly cushioned and plush but due to the high level of energy return from its midsole, it allows you to pick up the pace with ease.

It can fill 2 roles in your shoe rotation: a recovery/easy day shoe as well as a steady-paced trainer when you want to go faster than easy pace.

We’ve had plenty of happy customers comment on our review of the original Invincible Run, how their legs, feet, and hips don’t get as sore when they run in it compared to other trainers. This is a shoe that gives you maximum impact protection.

On the Invincible Run 2 product page on the Nike website, they have stated that the Invincible Run 2 has a higher midsole with more foam as well as a wider base for more stable transitions. This info is either false or misleading because I’m pretty sure that it’s the exact same midsole as last year’s version.

This year’s Invincible Run 2 is only an upper update: a more refined version of last year’s commercial success. It weighs exactly the same as last year’s version, 9.8 oz (278 g) which is disappointing considering there are so many things they could have done to the upper to reduce the weight.

The first time I saw the Invincible Run 2, I wasn’t excited at all. I could hardly notice any major differences between the new version and the old one.

The first time I tried it on in the store, my normal size felt way too big. There were at least 2 thumb widths in front of my toes so I needed to go a half size down.

The new, thinner shoelaces made it much easier to tie the shoe and also made the overall lockdown much better. I wasn’t a fan of the thick, “rope” laces of the first version which looked like they were borrowed from a lifestyle sneaker.

My first run was a 9 km, easy run. It’s been a while since I’ve run in the first version so this first run reminded me why I fell in love with the original version. The jumbo-thick, compressible ZoomX midsole made it feel like I was running on bubbles.

The run’s average pace was about 25 seconds per kilometre faster than my usual easy run pace which demonstrates how effortless running in the Invincible Run 2 was.

Overall, the shoe felt extremely comfortable on foot. Transitions felt velvety smooth and there was no break-in period needed. The ride felt exactly the same as the first version.

It’s unbelievable that the same company that makes the boring Pegasus is capable of making such an innovative, groundbreaking shoe like the Invincible Run 2. Every time I run in it, I think to myself how special this shoe feels underfoot. It feels protective and soft but also springy at the same time. It’s unlike any other shoe on the market.

The Invincible Run 2 has a squishy, marshmallow-like midsole but the magic happens when it is compressed and it returns back to its original shape remarkably fast. When picking up the pace, the harder you strike, the more rebound you get.

The ZoomX foam feels equally distributed throughout the single-density midsole so whether you’re striking heel, midfoot, or forefoot, foot strikes feel well-cushioned and smooth. There is no Strobel lining underneath the insole like most running shoes so your foot sits directly on top of the foam and this allows your foot to sink into the foam, even more, increasing the plushness.

I mostly use my Invincible Run 2 for easy runs but it’s also fun to use for shorter, faster stuff like 400m repeats. Its high level of cushioning also makes it suitable for long-distance efforts so it’s a lot more versatile than it looks and how it’s marketed.

It has a rocker geometry so even when you’re walking around, you can feel the shoe rolling you through transitions. The rocker isn’t as extreme as trainers like the Hoka Clifton/Bondi because the Invincible Run 2 has a more flexible forefoot but it still feels efficient.

Last year, when running in the original Invincible Run, I thought that it felt relatively unstable. However, after training and racing in such high-stack shoes like the Adidas Prime X and Vaporfly Next% 2 over the past year, the Invincible Run 2 doesn’t feel all that unstable to me anymore.

The Invincible Run 2 has soft, flexible outsole rubber to not dilute the liveliness of the midsole. There are tiny nubs that stick out to enhance grip and I found that on my pair, on the lateral heel area, the nubs have worn down so the area has become smooth.

The same thing that I said about the durability of the first version holds true with the Invincible Run 2: durability is its biggest weakness. I had 2 pairs of the first version: the one pair got a deep gash in the midsole while the other pair’s midsole separated from the upper at the part where the shoe flexed in the forefoot.

The updated upper has minimal differences compared to the original version’s upper. The easiest way to tell them apart is by looking at the shoelaces: the original had thick laces while this version has thin, oval laces.

The padded tongue is attached to an inner sleeve so the Invincible Run 2 is a warm shoe. It’s much better suited to winter runs or cool climates than warm, humid ones.

The padding around the collar has been dialed down a bit compared to the original version but not to the extent I would have liked. There is still padding on the outside of the collar which weighs the shoe down and it doesn’t provide any performance benefit.

Foot lockdown is excellent. There are both internal and external heel counters so my heels felt locked in and secure during every run.

The Invincible Run 2 fits a half size large so you’ll need to size down. The midfoot and forefoot are still a bit on the narrow side so If you have really wide feet, you might find it a tad uncomfortable.

The Invincible Run 2 is the shoe that I dreamed of having as a kid- a shoe that feels like you have mini trampolines under your feet. It’s not a light shoe and it’s also extremely expensive (for a training shoe) but it’s such a fun shoe to wear. Even walking around in it is a treat.

The Invincible Run 2 is a really minor update. My favorite change is the new shoelace which is thinner and this makes it easier to get a secure foot lockdown but it’s not worth upgrading if you already have the first version.

If you can get the first version at a discounted price, it would make more sense to save some cash and get the older version because they have exactly the same ride.

Even though it hasn’t changed much, the Invincible Run 2 is still miles ahead of the other max cushioned trainers and will be for some time. It will be exciting to see how the Glycerin 20 with its supercritical DNA Loft v3 midsole performs but I’ve experienced DNA Loft v3 before and it doesn’t feel as plush, bouncy, or energetic as ZoomX.

For the next version of the Invincible Run, all Nike needs to do is to make the upper lighter and more breathable while reducing the overall weight. Then, it will be the perfect shoe.

As editorial policy, we do not accept free samples from companies.
We purchased this pair of Nike ZoomX Invincible Run Flyknit 2 at Running Warehouse with our own money.