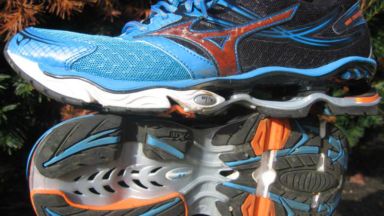 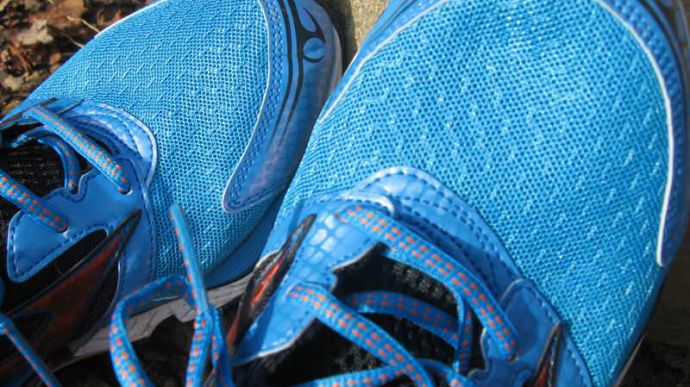 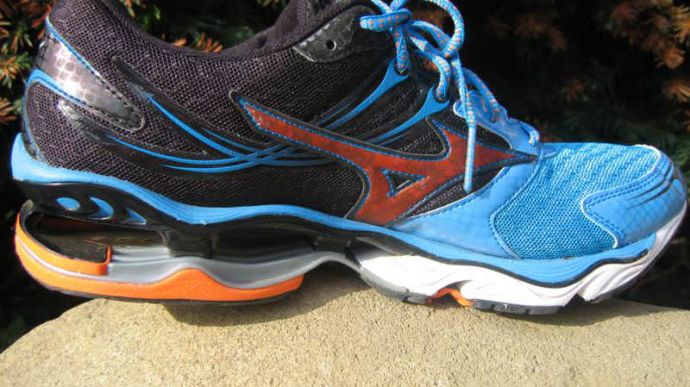 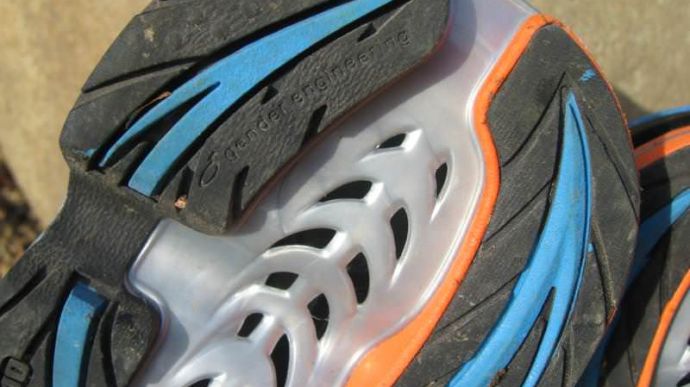 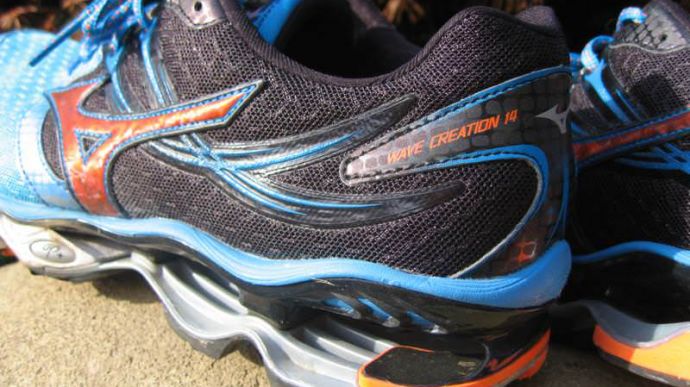 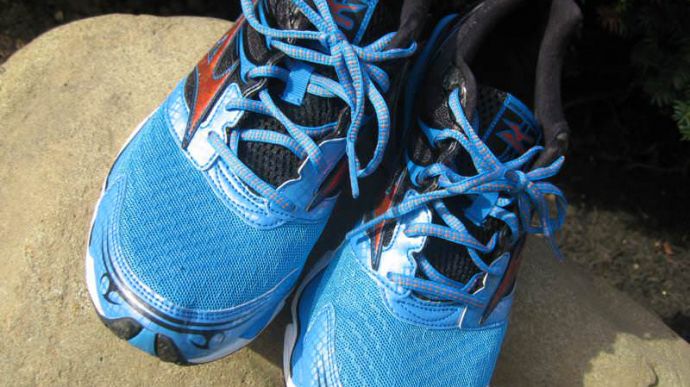 The Wave Creation is one of Mizuno’s premium neutral trainers (Wave Enigma is the other). Its most distinctive feature is the lack of midsole foam in the heel. Instead, the Creation utilizes a uniquely designed Wave plate to deliver cushioning. Because of this design, the Creation looks very much like a concept shoe, but it is made for everyday training.

I have run a lot of miles in all of Mizuno’s neutral trainers except the Creation. So, let’s see what this shoe is all about!

Mizuno has been revamping the uppers on this season’s lineup while keeping the sole units unchanged. So, there are some changes to the upper. But the changes are not as drastic as those made to the Inspire 9 and the Rider 16. Unlike the Inspire 9 and the Rider 16, the Creation 14 did not lose any overlays. The overlay pattern remains the same, but the materials are reduced, which results in a slight weight savings (the 14 comes in just under 12 oz.).

In my hands, the forefoot does not flex very easily. This is because of the Flex Controllers (the two bands in the outsole), which are designed to slow down the foot upon ground contact and deliver a responsive toe off. I think the design is a success on the run, as it results in a very smooth ride. Though I think this technology works well on the run, those who desire a highly flexible forefoot may not take to the Creation.

Like the Enigma, the Creation has a full length Wave plate. But unlike the Enigma, the Wave plate in the Creation is two tiered starting from the midfoot through the heel. This design makes the Creation very rigid side-to-side. Of all the Mizuno neutral trainers, the Creation is easily the most torsionally rigid. For a runner with a flexible foot but who does not experience overpronation, this rigidity will be a welcomed feature. However, a runner whose foot is more rigid, the rigidity of the Creation may cause some fit issues. I had to loosen the laces to prevent my arches from cramping, and this looseness, in turn, caused my heel to slip.

The heel counter is very stiff. When I push down on it or squeeze it, it barely moves. Again, for someone who needs some structure but does not like the traditional medial post, this stiffness will be a welcomed feature.

Underneath, the Creation 14 keeps everything the same, carrying over the sole unit from the 13.

Mizuno running shoes have a reputation for a firm and responsive feel. The Creation is probably the firmest of the entire Mizuno neutral line. I have trained a lot in the Rider, the Precision, and the Enigma, and the firmness of the Creation was an adjustment. Once I adjusted, I found the Creation to have a fairly smooth transition from toe-to-heel.

The heel aspect of the sole unit, as I said earlier, is made up of a two-tiered plastic Wave plate, instead of the traditional EVA foam. To take full advantage of this unique design, a runner has to create a lot of impact forces in the heel. Otherwise, the dual layer of plastic in the heel does not add much to the ride. In fact, a midfoot striker may not find enough cushion in the Creation, and may be better off going with the Enigma.

Another interesting feature of the heel is that it is decoupled. Decoupling the heel will smooth out the ride, but it may lead to another issue as well. I have heard complaints of the Creation wearing down prematurely in the heel. After about 60+ miles, I did not observe any of premature wear, but I suspect that those who have might be striking between the decoupled portions of the heel.

The doubled Wave plate gives the Creation what I think is its defining feature, and that is its torsional rigidity. For the right foot, the Creation might just be the perfect shoe. I see this runner as someone with a lot of motion in their foot (maybe because of an overly flexible arch or flat foot) but who does not necessarily overpronate. For a runner with this profile, the Creation’s rigidity will provide the structure they might need for a comfortable ride while delivering all the impact protection of a premium cushion trainer.

As I said earlier, the upper features all new materials, which deliver superb comfort and breathability, all at a weight reduction.

The Creation does not have foam around the ankle collar. Instead there is some foam embedded in the heel aspect itself. If the shoe fits someone well through the midfoot, then the foam will be enough to lock down the heel. But if a runner, like me, has to loosen up the laces to get some room to move in the midfoot, then that runner will experience slipping in the heel.

The quality of the mesh in the forefoot gives the toes a comfortable ride. However, the first overlay, directly behind the toes, sat exactly where my forefoot flexed, which started to create a hot spot.

If you are already a fan of the Wave Creation, then I am sure you will be satisfied with version 14. In particular, you will be happy with the new materials in the upper.

But if you are unfamiliar with the Creation, and want to know if it is the right shoe for you, then I think there are some issues of fit to consider. The particular way the Wave plate is designed in the Creation makes the shoe ideal for a heel-striker. But more importantly, it gives the shoe a lot of rigidity, which may be unnecessary, and therefore lead to fit problems.

Like always, the right shoe depends on fitting the needs of the runner with the features of the shoe. The Creation is no different.

We thank the nice people at Mizuno for sending us a pair of Wave Creation 14 to test. This did not influence the outcome of the review, written after running more than 50 miles in them.