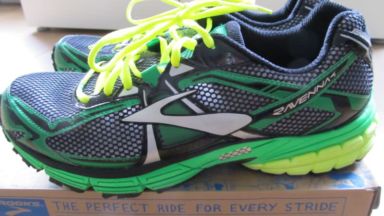 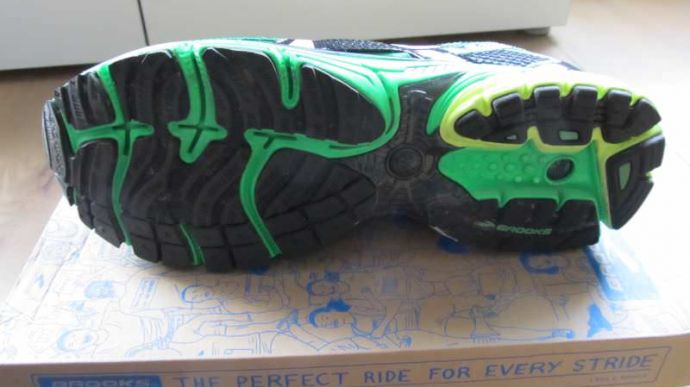 The Ravenna 4 is a traditional stability shoe with a lovely heel cushioning and a great transition. My flat foot really appreciates running in them - too bad for the narrow toebox.
WHERE TO BUY
LOWEST PRICE
$110
SHOE INFO
Brooks
Brand
Ravenna 4
Model
Stability
Type
11 oz. (312 gr.)
Weight
110 US$
MSRP
WHO IS IT FOR
Runners looking for a traditional running shoe with both good cushioning and decent stability. Runners with flat feet.
Help me choose

Defined by Brooks as a middle child between cushioning and stability, the Ravenna 4 is a recently new shoe franchise (4 years old).

This is the first model of the Ravenna I try. Being now “orphan” of my long time favourite Nike Structure Triax I am actively seeking for a new stability shoe to support me during long runs.

At 110$ and 11 ounces it is exactly the same kind of shoe. I have read good things about the past versions so I was eager to try them on.

The Ravenna 4 is a very traditional looking running shoe. To be honest I wasn’t blown away by the looks. The black/green colorway I received, coupled with highlighter-yellow shoelaces, doesn’t make it a very subtle looking shoe, but for the wrong reasons.

Colors aside, the Ravenna felt “traditionally heavy” in my hands and the upper quite rigid. I was puzzled: I heard so many good things about the Ravenna, but this shoe was leaving me a bit unimpressed.

Put my feet in them, I was comforted in feeling a very flat arch – a godsend for my flat foot. The toebox felt a little too narrow for my taste: I have normal width feet and I prefer to have a little wiggle room for my toes.

Anyway – time to try them on the road.

The sole of the Ravenna 4 is the same as in the previous version so I imagine you can expect a very similar ride.

Constructed like a very traditional stability shoe, the midsole is made of Brooks BioMoGo foam with a dual density insert in the medial side (quite short), a solid midfoot shank and a decoupled heel that is probably my favourite part of the shoe.

The heel is split into two parts: one that extends under the lateral (external) side of the heel and one that includes the back and the medial (internal) side of the heel. When my foot hits the ground would naturally tend to collapse on the internal side, but the cushioned, external part of the heel prevents the foot from collapsing in. Then the harder foam placed directly under the arch prevents it from collapsing.

The midfoot shank (the plastic piece that wraps the shoe under the arch) is solid and substantial: the shoe has good torsional stability. The forefoot is quite rigid but flexes in the right places. After toe-off, it snaps back quite fast.

I am very very happy with the sole unit of the Ravenna 4. To be honest I find it very similar to my beloved (but gone) Triax 15. It has a soft cushioning in the heel and midfoot that is my favourite part of the ride (a peroneal tendon injury will let me know immediately if a shoe is too “hard” for me). The forefoot is harder (less cushioned) but not so that you slap the pavement in a painful way. It is actually quite enjoyably responsive and makes the shoe feel faster than I probably am.

Let me get it out of the way: I really don’t like looks of this upper. They look dated and the color choice is questionable – at least in my green highlighted version. Is it a shallow judgement? I don’t know, when I buy stuff for 110$ I also like to like it aesthetically. I am a shoe nerd, so maybe I pay attention to the looks of a shoe more than most people.

Anyway, let’s get to the fit.

I like them, I am running in them quite a bit. The Ravenna 4 is a very traditional stability shoe, in a period where people and companies are turning their back to this category.
Unfortunate color choices aside, I am very happy with this shoe.

My reference stability shoe is the Triax 15 and this shoe is really similar. It has a less cushioned forefoot and a better midfoot shank. I can run on cambered surfaces or light trails and don’t feel my ankle twisting dangerously.

I feel I can recommend this shoe to many flat feet runners looking for a high-mileage trainer: the flat insoles will not hurt your (lack of an) arch, the soft cushioning in the heel/midfoot will be forgiving on your joints and the upper will keep your foot locked in without slippage.

It is a no-nonsense shoe: nothing is added that is not needed – the upper feels quite spartan (no memory foams, no seamless construction…) with only some padding around the heel.

We thank the nice people at Brooks for sending us a pair of Ravenna 4 for testing. This did not influence the outcome of the review, written after running more than 50 miles in them.