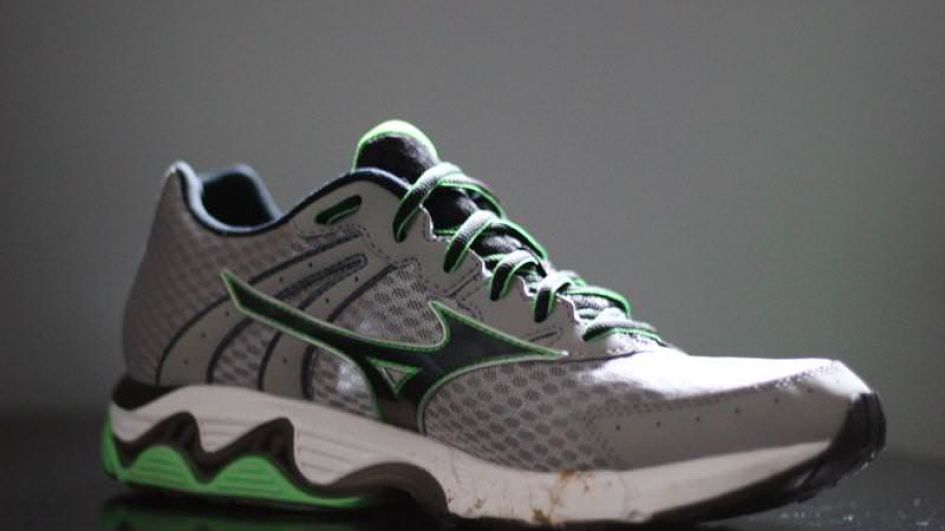 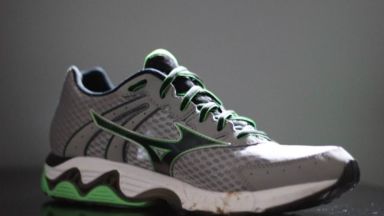 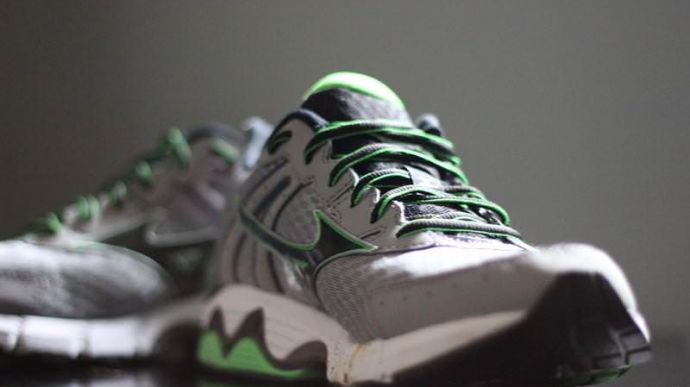 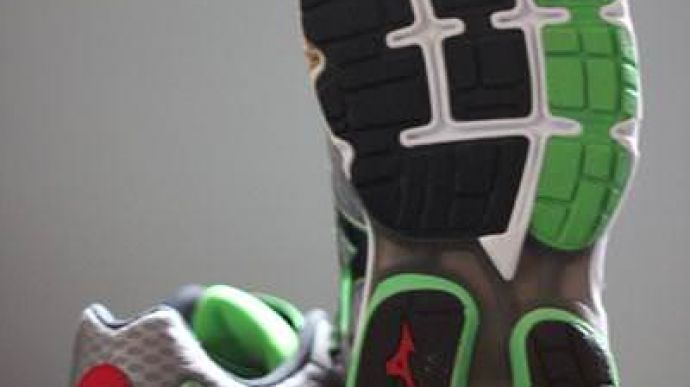 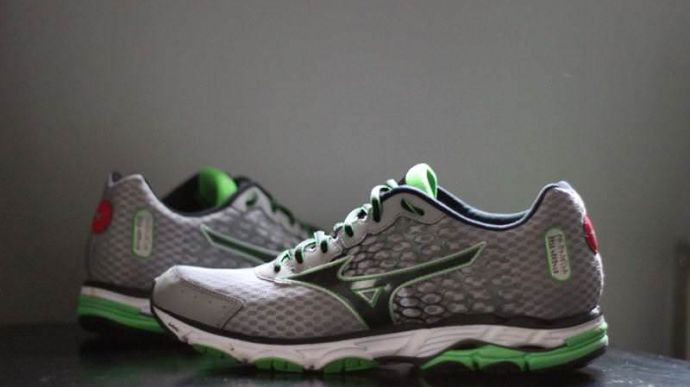 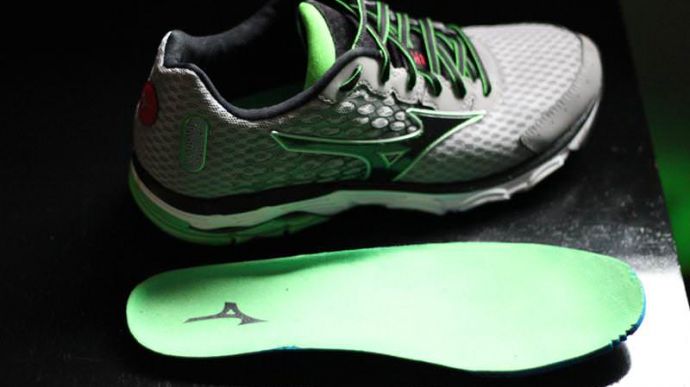 A considerable improvement over the divisive Wave Inspire 10. Although the shoes share the same midsole design, the upper of the Wave Inspire 11 harkens back to the low profile fit last seen in the Wave Inspire 9. Even with a last curvier than a Kardashian, the Wave Inspire 11 still provides enough rear foot control to deliver a smooth, stable running experience.
WHERE TO BUY
LOWEST PRICE
$120
SHOE INFO
Mizuno
Brand
Wave Inspire 11
Model
Stability
Type
9.75 oz. (276 gr.)
Weight
120 US$
MSRP
Mizuno Wave Inspire
Family
Wave Inspire 10
Previous model
WHO IS IT FOR
Moderate over pronators looking for a contoured fitting, light, workhorse shoe that can be used as a daily trainer.
Help me choose

The Mizuno Wave Inspire 11 is now in its second decade and the platform remains dedicated to providing a stable, light and quick ride that many runners can enjoy. The 11th edition enters the fray with a carryover midsole and a newly refined upper.

Along with its sister neutral shoe, the Mizuno Wave Rider, the Wave Inspire 11 continues to play it pretty safe in both form and function. The shoe still fills the role of core stability shoe in the Mizuno lineup.

As such it aims to deliver moderate stability and not be too crazy in terms of visual design. My test pair arrived in a very attractive cement gray and bright green. It’s primarily a conservative design but with just a touch of flash.

Even with the upper changes my size stayed true to the US 10 that I always wear.

The heart of any Mizuno running shoe is always the wave plate. This is a plastic plate that serves as a “suspension system” for the shoe and provides shock dispersion, additional structure and torque resistance that other shoe designs have difficulty matching.

The Wave Inspire 11 features the exact same design found in the Wave Inspire 10. Mizuno engineers stability into this plate by leaving open holes on the lateral heel aspect of the shoe while the medial side gets a “two up, two down” reinforced wave design that places extra rigidity under the heel and rear of the arch.

The midsole material is U4IC (euphoric) which made its debut last year on the Wave Inspire 10. Mizuno claims it is lighter than the previous AP+ foam while retaining the same level of durability. Mizuno also places a wedge of SR Touch foam in the heel to further reduce shock from heel strike.

Like the Wave Inspire 10, the 11th edition features a considerably more curved last than in any previous Wave Inspire version. Blown rubber is featured on the outsole everywhere except for the heel which uses higher durability X10 carbon rubber.

Clearly, all of the focus on improvement went into the upper of the Wave Inspire 11. In the 10th version, Mizuno cleaned house of nearly all sewn overlays and went with almost a completely welded overlay shoe.

That’s now changed. Mizuno has returned to a more traditionally constructed upper for the Wave Inspire 11. We now have a thicker, sewn on medial and lateral Runbird logo, sewn eyelet row and a sewn medial arch strap that mates up to the eyelet row.

In fact, I could only find three welded reinforcements; a lateral plastic netting under the Runbird logo and two hidden “underlays” connecting the eyelet row to the toe box. What remains of the upper consists of a breathable medium size oval hole mesh.

The heel counter remains firm and the tongue is sufficiently padded even though it’s on the short side. The heel collar lining has been exchanged to include a finely woven material that seems more welcoming than before.

Finally, Mizuno has further softened the Ortholite style sockliner to allows just a bit more of a softer feel.

First, the upper in the Wave Inspire 11 is a return to form. It delivers a sleeker, form fitting feel that keeps the foot more locked in to the midsole.

In the 10, the upper was so deep and loose that my foot slid around quite a bit. I would find myself tying the laces too tight to try and fix it but all I would end up with is sore feet from excessive lace pressure. No fun.

The Wave Inspire 11 has a fit that allows me to relax the laces a bit, which I appreciate. The shoe simply stays in place. I also noticed that the eyelet row is not cinched at all, something that the Wave Inspire 10 certainly did.

While Mizuno definitely got the fit dialed in, I’m not entirely sold on this midsole design. I don’t think it’s at all unfair for me to compare this shoe to the Wave Inspire 9, which I thought was about as good as a stability shoe has ever been.

As I said before, this is a carryover midsole so the ride remains unchanged from the 10th Inspire. Mizuno has beefed up the lateral design of the heel and I feel like it doesn’t lay down as well as the Wave Inspire 9 did.

In fact, it actually slings me into pronation sooner! If the medial side wasn’t also reinforced, I’d have real difficulty training in this shoe. I have very flexible arches and my navicular bone drops considerably during mid stance so I appreciate a shoe that has a firm arch located near the heel which the Inspire 11 still maintains.

I also noticed that the U4IC midsole foam is worse about creasing under pressure than the older AP+ foam. Newer isn’t always better is the lesson here, I suppose.

At any rate, I still like the Wave Inspire 11. It is still a stable, secure, and light shoe that will fill the role of trainer and distance racer for many runners.

Considering that Mizuno did a 180 on the upper and delivered a winning fit, I can hold out hope that the next midsole design will bear in mind the success of its legacy shoes while still focusing on improvement.

We thank the nice people at Mizuno for sending us a pair of Wave Inspire 11 to test. This did not influence the outcome of the review, written after running more than 50 miles in them.