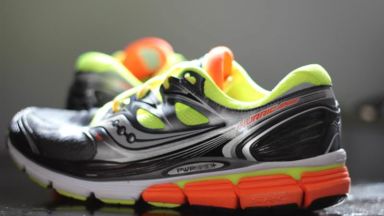 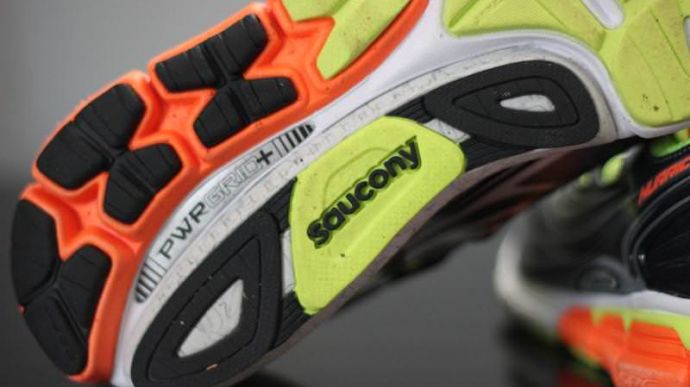 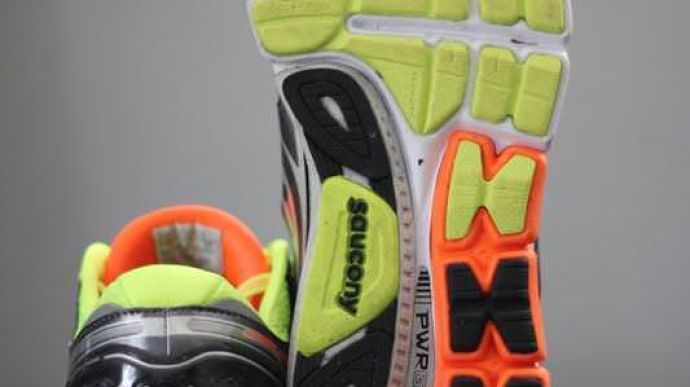 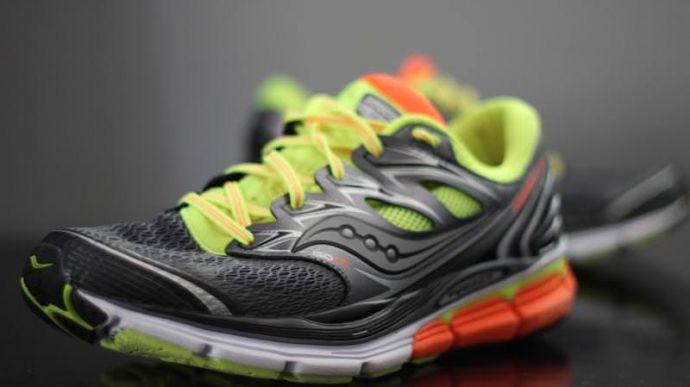 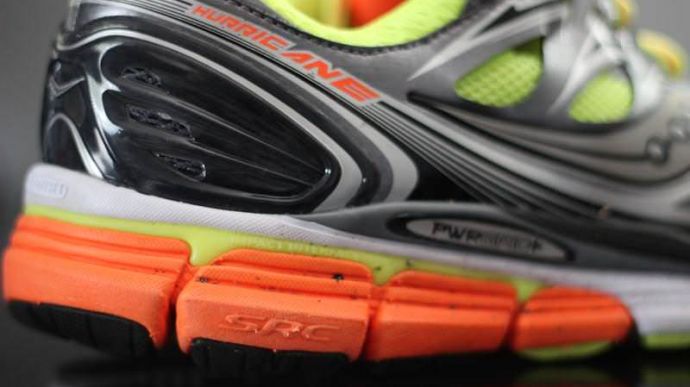 The newest Hurricane is not likely to change any previous held opinions as it follows the same path as its recent predecessors. The shoe still delivers a mild dose of stability with adequate cushioning and a feel for the ground underneath. For those who are interested in transitioning to a less structured shoe designed with a lowered heel/toe ratio, the Hurricane is a worthy, if expensive, venture. Runners who need a strong dose of support should pass.
WHERE TO BUY
LOWEST PRICE
$150
SHOE INFO
Saucony
Brand
Hurricane
Model
Stability
Type
11.10 oz. (315 gr.)
Weight
150 US$
MSRP
Hurricane 15
Previous model
WHO IS IT FOR
Mild to moderate over pronators who want a daily trainer that employs design principles from a minimalist perspective without sacrificing cushioning.
Help me choose

Several years ago Saucony got on board with the minimalist movement. They were one of the first of the industry heavy hitters to do so and they applied some of the minimlaist design ideas to their core line of footwear.

What this means is that the Ride, Guide and Hurricane received new lasts, became lower to the ground, less cushioned and, in my opinion, less stable.

As a result, many long time fans were left out in the cold and had to find new shoes. However, Saucony also garnered a whole new fan base that really liked the direction that Saucony was heading in.

The mighty Saucony Hurricane, once renowned for its tremendous dose of stability, was re-launched as a mildly stable, lower offset, high feature flagship shoe with a nod in design to minimalism.

As of 2015, Saucony has stayed this same course with the Hurricane 17.

The Hurricane 17 is a great looking running shoe. My test pair was rendered in gunmetal with neon green and neon orange accents. It is truly an eye catching shoe that avoids going over the top.

The fit and feel of the upper is very good as Saucony is using some very finely knit fabrics on the interior of the Hurricane 17. The fit is rather unremarkable which is not necessarily bad.

The shoe has a very medium fit all the way from the heel to toe box. As is pretty typical of recent Saucony shoes, the arch is on the low side and the shoe does not feel extremely stable.

Cushioning is very middle of the road being neither overly firm or too soft.

The heart of a Saucony running shoe is in its Power Grid technology. Much like a tennis racquet, Power Grid is a grid of plastic material that is integrated into the midsole foam.

It acts as both shock disperser and stabilizer and has been a Saucony hallmark for as long as I can recall.

In days gone by, Saucony used a separate piece of material for this purpose but now Power Grid is cast from the same Powerfoam material that makes up the bulk of the midsole.

Saucony has constructed the Hurricane 17 with an 8mm heel to toe differential which, in theory, brings the heel closer to the ground and adds stability.

The outsole has two distinct materials employed in its construction. In the heel we find Saucony’s XT900 carbon rubber for durability and in the forefoot we have iBR+ blown rubber for cushioning.

Also present is a wedge of dense foam under the heel and arch that accounts for providing support to the excessive inner roll of an over pronating foot.

Perhaps the most innovative, and interesting, design component in the Hurricane 17 is the outrigger featured under the big toe.

This allows for extra reinforcement against over pronation without adding additional posting material. It also shows a keen level of attention to biomechanical detail as an over pronator’s big toe is always under heavy load.

Saucony was known for many years for their Arch-Lock mid foot upper design. However, times change and now Saucony is using what they call ISOFIT design in constructing the upper of the Hurricane 17.

The ISOFIT design is a single panel of fairly thick synthetic material that wraps both the heel and the mid foot of the shoe, essentially creating one solid overlay that encompasses 75% of the upper.

The ISOFIT panel has two windows medially and laterally which, presumably, aid in flex and ventilation.

The ISOFIT overlay joins at the heel with an externally mounted heel counter which has six windows, again three medial and another three on the lateral aspect.

The ISOFIT device is sewn to a one piece upper. Essentially, the tongue of the shoe is connected on both sides via an elastic panel that runs the entire length of the mid foot.

The internal collar material is called RUNDRY and very finely woven and almost slippery to the touch. The forefoot of the Hurricane 17 is a lightweight mesh with heat pressed overlays and a heat pressed end cap.

The laces are the flat style seen on many late model Saucony shoes. Finishing the upper is an internal, removable EVA foam sock liner, something of a departure from the Ortholite style sock liners commonly seen these days.

The Saucony Hurricane 17 is something of a confusing shoe to me. At first glance, you may suspect that it is an incredibly supportive shoe; it is not.

In fact, I had my test pair leaning in medially within the first few runs. I also noticed some creasing in the support posting.

I’m 6’ tall and less than 170 lbs. but I can crush soft shoes and shoes that do not offer much stability. The Hurricane runs pretty well, though.

It does feel light on the foot and the cushioning finds a rather nice middle ground being neither too firm nor too soft. I ran this shoe in the winter and, man, this shoe will heat up your foot!

I can only surmise that the heavy use of thick synthetics in the upper also manage to trap a good deal of heat. This is certainly not a shoe I would want on my foot during a Mississippi summer.

One outstanding feature of this shoe is the use of an outrigger under the big toe. Despite a highly curved forefoot, the Hurricane 17 feels very stable in the forefoot due to this design.

Unfortunately, the mid foot features a rather low and unsupportive arch structure and the heel is prone to rolling medially despite the lowered 8 mm heel to toe differential.

Again, rather confusing and this dichotomy makes running in the Hurricane 17 something of a Jekyll and Hyde experience in the stability department.

With many positive reviews since Saucony overhauled the this shoe, it would seem that I’m in the minority with my experience in the latest Hurricane.

If you are are a runner who likes just the mildest bit of correction paired with a medium level of cushioning, then please do try on the Hurricane 17 at your local run specialty retailer.

However, if you need some solid structure under your heel and mid foot to keep you on the road, it’s probably best that you look elsewhere.

We thank the nice people at Saucony for sending us a pair of Hurricane to test. This did not influence the outcome of the review, written after running more than 50 miles in them.