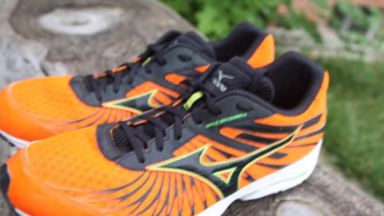 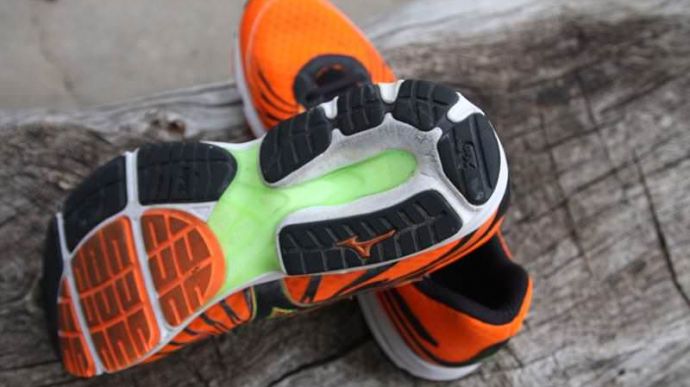 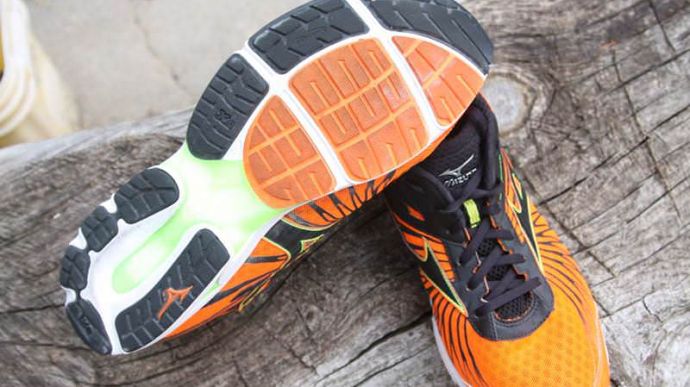 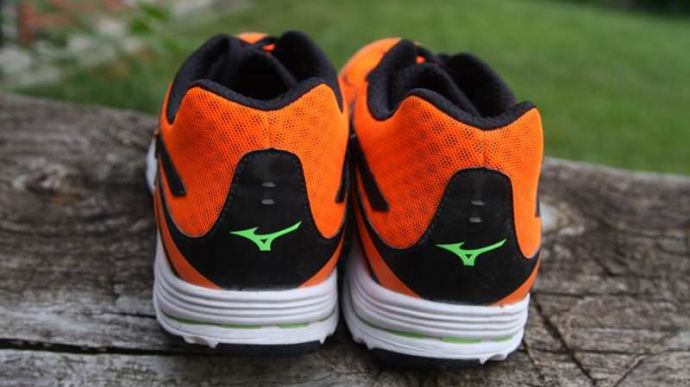 The Mizuno Wave Sayonara 4 is a lightweight racer/trainer that feels fast. It has cushioning for the long runs but maintains a firm base for speed.
WHERE TO BUY
LOWEST PRICE
$109.99
SHOE INFO
Mizuno
Brand
Wave Sayonara 4
Model
Lightweight
Type
8.60 oz. (244 gr.)
Weight
109.99 US$
MSRP
10 mm
Heel Drop
Jun / 2016
Release Date
Wave Sayonara 2
Previous model
WHO IS IT FOR
This shoe is designed for almost any runner, although I would caution heavy-set beginners away from such a firm ride until they are used to the feel.
Help me choose

The Mizuno Wave Sayonara 4 is a great option for the runner who wants to have a decent cushion while maintaining ground feel and speed. The lightweight aspect and relatively firm ride promotes a quick turnover and a faster pace.

These shoes compete directly against the Nike Pegasus, Saucony Kinvara, Brooks Launch, New Balance Vazee Pace and the Under Armour Speedform Fortis. They compare favorably with the Launch and Pace as a shoe that has a firmer ride and push you forward.

The Wave Sayonara 4 represents the top-line lightweight neutral trainer for Mizuno. It has been listed as racer in the past, but has since been changed to a trainer.

It is meant mostly for speedwork, but has the engineered sole that can support long distances on a regular basis. It updates the Sayonara 3 by bringing in a new forefoot on the sole unit and heel cup unit on the upper.

The lightweight trainer has been the market that has seen the most new offerings in recent years.

The Sayonara marks its fourth year in competition and as mentioned before, it will compete against stalwarts such as the Pegasus, Kinvara, Launch and the newer Vazee.

I would say it compares favorably to the Launch and Vazee — I actually enjoyed them more than the Vazee — but is much firmer a ride than the Pegasus and Kinvara.

To be honest, I was a little worried about the first impressions I would have with these shoes — not because of the looks, but because of the generally negative runs I’ve had in “top level” Mizunos.

However, these shoes were great right off the bat. The bright orange color of the pair I was provided was very attractive. I love bright colors, and the black accents — plus wing overlays — were very eye catching.

With that in mind, the first run was where I truly started turning my mind in favor of these shoes. It was quick, not too cushioned, and aggressive enough to help boost my pace.

The sole unit of this shoe is pretty standard for most Mizunos, using a solue unit consisting of “Parallel Wave” combined with “Uaic” midsole to give you cushion and propulsion.

The sole unit includes a standard 10mm drop from the heel to the toe box so it is geared towards most runners. However, if you are used to a lower drop — 4mm or less — then you should avoid this shoe.

The actual sole of the shoe is a blown rubber to help absorb impact of your stride. And the best feature of the sole unit is the asymmetrical grooves through the forefoot that helps with the flexibility.

This added flexibility helps your foot naturally transition to the toe-off and push you forward. However, the blown rubber forefoot left to be desired the traction of this shoe.

Going from the Brooks Ghost to this shoe showed just how different they are. One wet roads, the shoes were just a little more slippery than I want.

This full sole unit is firmer than the Nike Pegasus or LunarTempo or the Saucony Kinvara. However, that firmness is something that some runners search for, and that I personally enjoy.

Through the weight, flexibility and firmness, this sole unit seems to have everything for which most serious racers and trainers are looking

The upper is a different upper than I have been used to. It is mostly seamless, as is the style recently. The upper is soft, and plush. However, it was not the most pleasant while trying a run without socks.

One of the main features on the upper is its breathability, with large mesh overlay and a smaller mesh opening underneath to try to catch dirt.

The breathability is one of the best and worst features of the shoe at the same time. It is wonderful for runs in the hot summer, but is awful for wet runs.
The water flowed into the shoe throughout my two runs in the rain, and left my feet feeling slogged and pruned. The upper fits mostly to size, it’s length is spot on, but the midfoot is much wider than I have been used to.

I had to tighten as far as the shoelaces would go to lock my feet in, and this was something to which I was not used.

To help with the locking in of your foot, Mizuno has added substantial overlays that provide support once you have your shoelaces set up the way you like them.

Overall, the upper is very comfortable, but sometimes limits when you want to pull them out of the closet.

In the end, the Wave Sayonara 4 was a pleasant surprise for me. I have not been overly impressed with Mizuno shoes in the past, but these were very high quality offerings.

They felt fast from the moment I put them on, and the cushioning held up to every run I decided to put them through. On my 14-mile test, the shoe felt the same on the last mile as it did on the first few.

The cushioning may be firmer than many enjoy — it will not be confused with a Hoka — but I personally loved that firmness for everything from speedwork to long, slow runs.

The firmness adds to your ground feel, and helps quicken your turnover and thus your pace.

The Sayonaras have definitely earned my respect, and have found a spot in my closet for the foreseeable future. If you like a solid, firm ride, then they might just find their way into your rotation as well.

We thank the nice people at Mizuno for sending us a pair of Wave Sayonara 4 to test. This did not influence the outcome of the review, written after running more than 50 miles in them.