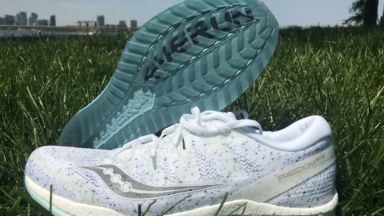 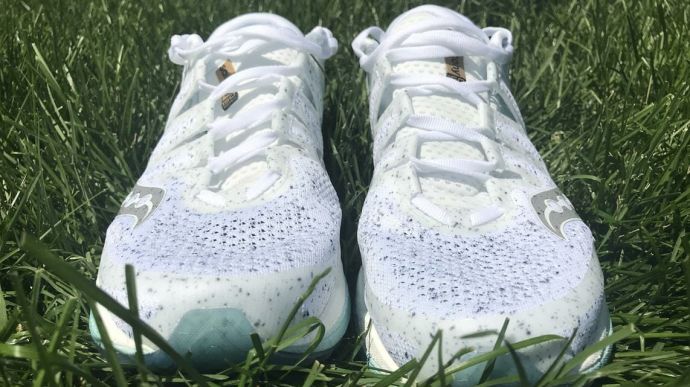 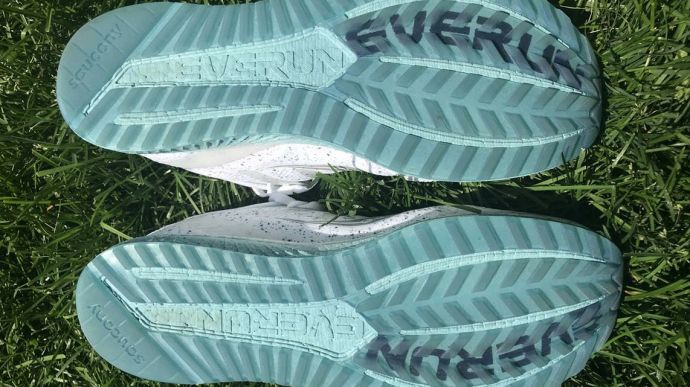 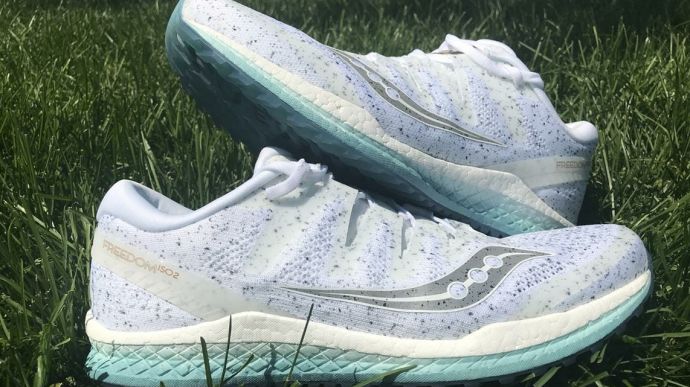 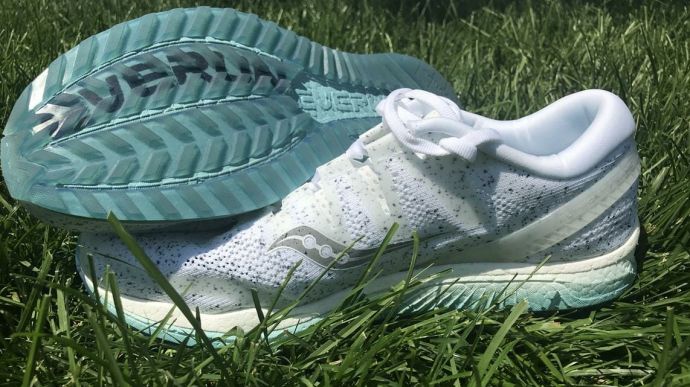 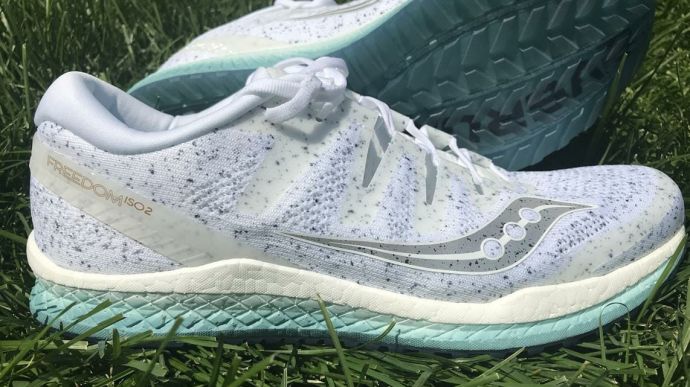 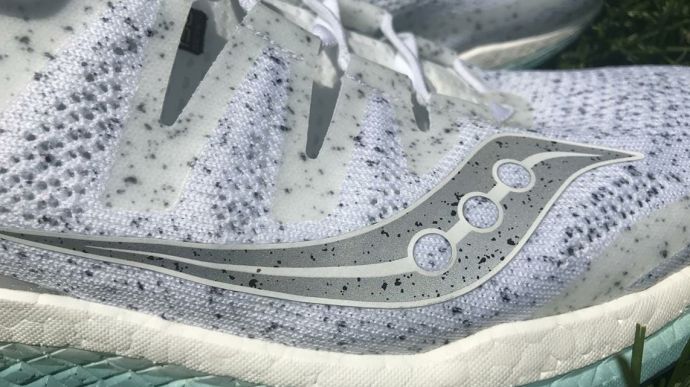 The Saucony Freedom ISO 2 improves on the very popular and highly regarded first version. By adding more EVERUN and focusing the shoe more towards a comfortable ride the Freedom ISO 2 exceeds its lofty expectations.
WHERE TO BUY
LOWEST PRICE
$135
SHOE INFO
Saucony
Brand
Freedom ISO 2
Model
Cushioning
Type
9.10 oz. (258 gr.)
Weight
160 US$
MSRP
4 mm
Heel Drop
Jul / 2018
Release Date
Freedom ISO
Previous model
WHO IS IT FOR
The Saucony Freedom ISO 2 is a lightweight daily trainer that can be used for almost any training run and longer distance races. Any runner would benefit from this shoe, but due to the price point it may not be the best first option for beginners.
Help me choose

One of the most highly touted new shoes of last year the Saucony Freedom ISO burst onto the scene sporting a full length EVERUN midsole, crystallized rubber outsole, and ISOFIT upper.

The shoe was touted for having a great comfortable fit, a snappy yet cushioned ride, and being durable.

This year Saucony has updated the Freedom ISO with the aptly named Freedom ISO 2 making minor tweaks to the trainer in a fashion that delivers a more comfortable yet less snappy ride.

The updates on the popular trainer keeps the Freedom ISO 2 as a great option to be a workhorse daily trainer for more experienced runners and should keep the fans of the initial release happy.

The premise is unchanged; lightweight, durable, and capable of handling every run. The main updates to the original as are follows.

So many updates to an already incredible shoe can be risky but in this case Saucony may have actually improved the Freedom.

Unboxing the Freedom ISO 2 it immediately reminded me of the original; it looks like the same shoe even with all these updates and is offered as of this date is an all-black and an all-white colorway.

The Freedom has always been a shoe offered in bright colorways and that trend appears to be continued.

Putting them on for the first time was a treat as the ISO-lacing system with the cushioning of the upper is very plush and comfortable.

To be frank, on the first run if I was not told that the shoe on my foot was a different version of the Freedom, I’m not sure I would have noticed the difference.

One negative noticed on the first run which is a continued minor complaint of the first version is that I wish the laces were a little longer for the lacing system employed by the shoe.

Much like the first version – the entire point of this shoe is the sole unit. A huge block of EVERUN with an additional thin layer on the topsole to make the shoe feel more cushioned.

EVERUN much like Adidas’ BOOST, Brooks’ DNA Amp, and Nike’s React material is cushioned and soft; yet firm and snappy at the same time.

Durable beyond belief and very lightweight for the amount of cushioning. Each of these materials differ slightly but the full block of EVERUN itself works very well in the Freedom.

The shoe feels cushioned and soft while still being snappy and responsive.

In the first iteration of the Saucony Freedom ISO, had a full length crystallized rubber outsole which provided durability, a striking look, but maybe one of the only drawbacks of the shoe.

The full length outsole had a slight effect on flexibility and could make the shoe feel “bottom-heavy” meaning too much weight distributed to the very bottom of the shoe.

The second version counters this effect by having some grooves cut out in the crystalized rubber. This lessens the amount, increases flexibility, but does not negatively impact durability.

The Freedom ISO 2 now has a higher stack height (the shoe is physically higher off the ground) and increased weight due to additional EVERUN added to the sole.

At first glance the upper for the Freedom ISO 2 looks unchanged which is great news given that the original upper was fantastic.

The ISOFIT lacing system remains comfortable, the plastic band across the heel returns, and the reflective elements which stand out all stay in the second model.

What is new however is the material used to create the upper. ISOknit, similar to any other companies full knit upper, is breathable, soft and comfortable.

It creates a more breatheable upper compared to the first version, however I do not believe most runner’s who owned the original would notice the performance difference; just the aesthetics.

The second version is also slightly wider than the first so runner’s who thought the first version fit too tight will have a little more wiggle room.

I do not believe that this is enough to change your sizing of the shoe, but should be on your mind when buying it if you are between half sizes and needed to size up more than usual for the first Freedom.

Following up a very successful shoe can be difficult. How many runners complain that New Balance ruined the Zante, or the magic of the first 5 Kinvara iterations is gone.

Going into testing of the Freedom ISO 2 there was the concern of following up the original, but also in some of the changes made. Generally adding weight is viewed negatively.

A lower toe spring and higher stack height makes for a less aggressive shoe. These changes indicate a less ‘aggressive’ ride but also a more flexible cushioned one. And personally I think Saucony knocked it out of the park on this one.

The original Freedom was great for every type of run; it was made to be used as a daily neutral trainer and with that in mind, designing the shoe less around speedwork/racing and instead more in line for daily use was a great choice.

We purchased a pair of Saucony Freedom ISO 2 from runningwarehouse using our own money. This did not influence the outcome of this review, written after running more than 50 miles in them.

Visit ShopAmazon.com
This page contains affiliate links. As an Amazon Associate I earn from qualifying purchases.
WHERE TO BUY
LOWEST PRICE
$135
AVAILABLE ON SALE:Previous model $25