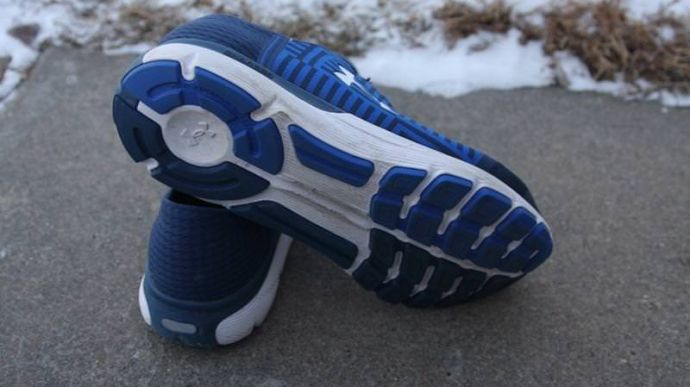 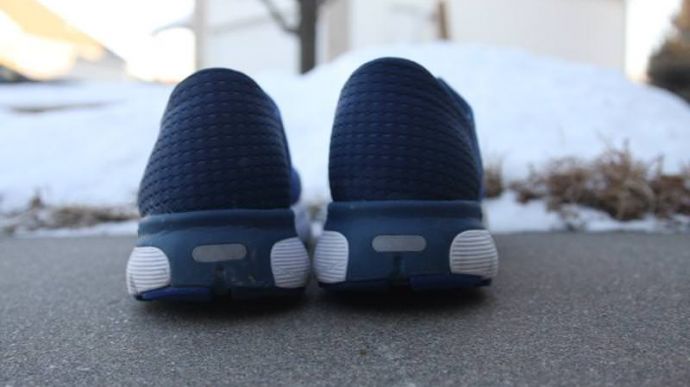 The Under Armour Gemini 3 is a lightweight trainer that brings speed and responsiveness. These shoes are great for tempo and fartlek runs.
WHERE TO BUY
LOWEST PRICE
$129
SHOE INFO
Under Armour
Brand
SpeedForm Gemini 3
Model
Cushioning
Type
9.85 oz. (279 gr.)
Weight
129.99 US$
MSRP
8 mm
Heel Drop
Jan / 2017
Release Date
Speedform Gemini 2
Previous model
WHO IS IT FOR
I would suggest this shoe towards experienced runners who want to add/maintain speed.
Help me choose

Under Armour is one of the new kids on the block when it comes to the shoe game. However, they have been making major strides in all their platforms, most notably in their running lines, over the last couple of years.

One of the main reasons for this turnaround is the technology that they have put into their flagship offering, the Gemini.

During my time with these shoes, I was solidly impressed, and enjoyed the experience of running in them. But like all shoes, these have some weaknesses that can be problematic for some runners.

The Under Armour Gemini 3 is UA’s leading running shoe, and their staple in the neutral line.

Now in it’s third iteration, the Gemini is where UA takes the chance to showcase their shoe technologies — even offering a version of the shoe that has a smart component to analyze a runner’s form.

In this case the shoes I ran in did not have that technology added to them.

At $130 MSRP, they will compete with the likes of Brooks Ghost, Altra Torin 2.5, Adidas Supernova Glide, ASICS Cumulus or Mizuno Wave Rider. This puts the Gemini firmly in competition for fast, responsive cushioned options.

When these shoes arrived, I was very happy with the colorway, and the overall look and feel out of the box. They were a deep striking blue, while having a little change in color — having two shades of blue in play.

When worn as an everyday shoe out of the box, they were supremely comfortable and held up well. On my first run in them — a 5-mile recovery run — I felt great cushion for the distance and a wonderful responsiveness.

The sole unit of the Gemini uses UA’s Charged cushioning for high levels of responsiveness and cushioning while keeping the weight down.

This technology is something I loved on one of their other shoes I tested last year (Charged Bandit 2). This cushioning technology works quite well in these shoes and is very pliable.

I feel, however, as though they could have upped the cushion on these a little without sacrificing too much in the way the shoe handles.

If I were to use my 1-5 cushion scale (1=barefoot experience, 5=ultra cushioned), these shoes would be borderline between 3/4.

The cushioning handled great for me on all runs 13 miles or under. If I were training for a half marathon, these would be near the top of my list of shoes to use.

However, the two times I took them out for runs of 15+, by the end of the run, my feet were worn out and hurting. This is not a sensation I was feeling in the likes of the Ghosts, or the Torins.

The other portion of the midsole is a new addition of Micro G cushioning to the heel cup for those runners who are heel strikers.

It made for more comfortable everyday wear for me, but I didn’t really notice anything different during my runs from the midfoot or the heel.

The outsole of the unit uses blown rubber to keep weights down while keeping the responsiveness. This portion of the outsole performed very well.

On runs in perfect conditions, rain, snow and ice, it only really struggled with ice — which every shoe does. I was quite impressed with the confidence I felt while running in them.

On this shoe, UA uses their signature Speedform construction to keep your feet snugly fit into the shoe during your runs.

However, that snug fit is one of the biggest downfalls of the shoe, because it felt almost too snug around the toes during runs that went more than 10k.

However, the rest of the upper is simply great. The heel cup is one of the most secure I’ve ever felt. My heels didn’t move at all while wearing these shoes.

The midfoot worked just as well as the heel, as the addition of the Threadborne midfoot panel locks the foot in. For someone looking at the shoe, this new technology only looks like a flashy place to put design, however it was great at adding a little more security to my midfoot during all kinds of runs.

In the end, this shoe does have some drawbacks — like most shoes do. They are too narrow in the toe box for my liking on a trainer. They lack the cushion I like for marathon-level long runs (for a larger runner like me).

However, despite those drawbacks, this shoe is one of the better ones on the market, and one that more and more people are realizing is worth a run.

On speedwork, tempo runs, and all my workouts that were 13 miles or less, this shoe was easily a good choice. They held up well (175 miles on them now, still going strong) to miles and to abuse of back-to-back days. I ran five straight days in these shoes and the fifth one felt almost as good as the first.

Under Armour SpeedForm Gemini 3 – Lateral Side

Overall, the technology that UA is putting into their shoes is some of the better tech available, and they are creating better and better running shoes.

If you want a great half marathon trainer that can take a beating and keep up the speed you want on tempo days, this may just be the shoe for which you are looking.

We thank the nice people at Under Armour for sending us a pair of SpeedForm Gemini 3 to test. This did not influence the outcome of the review, written after running more than 50 miles in them.

VisitShopRoadRunnerSports
Sorry - Product not found. Please try RunningWarehouse.Com to check in their assortment.
This page contains affiliate links. As an Amazon Associate I earn from qualifying purchases.
WHERE TO BUY
LOWEST PRICE
$129