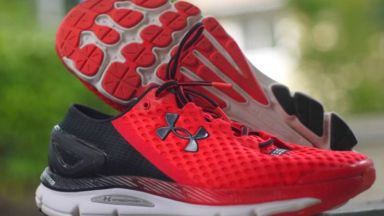 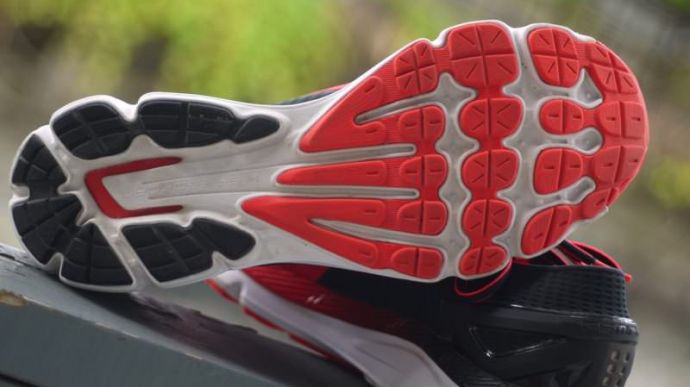 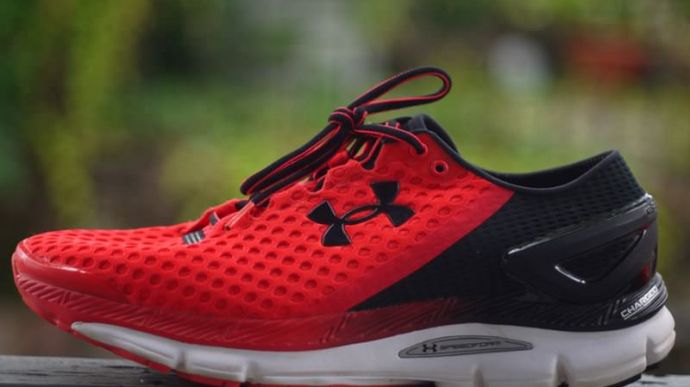 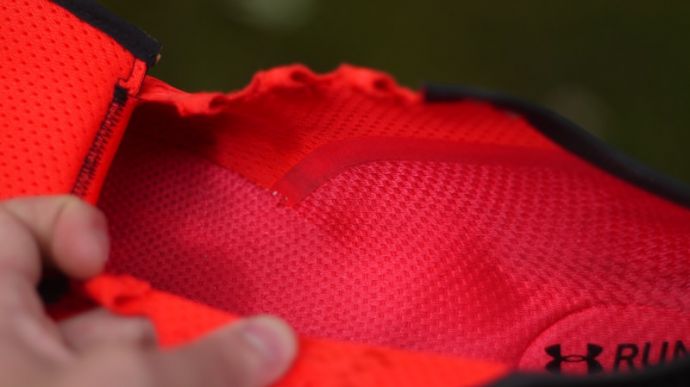 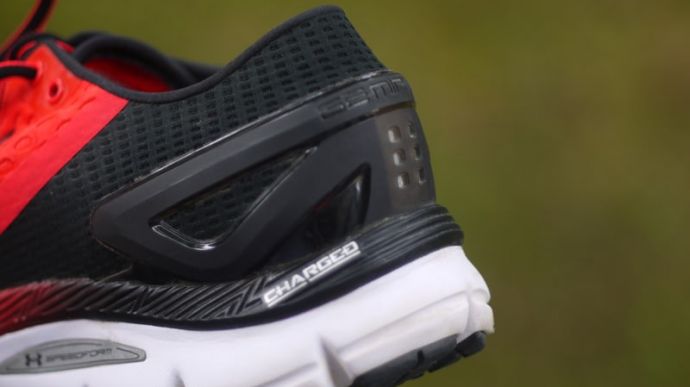 The Under Armour SpeedForm Gemini 2 is a neutral daily trainer featuring sleek fitting upper and a sole with dash of support. It delivers a unique fit with a responsive ride at a slightly high price point.
WHERE TO BUY
LOWEST PRICE
$130
SHOE INFO
Under Armour
Brand
Speedform Gemini 2
Model
Cushioning
Type
10.40 oz. (295 gr.)
Weight
130 US$
MSRP
8 mm
Heel Drop
Feb / 2016
Release Date
WHO IS IT FOR
The Under Armour SpeedForm Gemini 2s are aimed at at established runners who primarily run on roads and want a durable neutral shoe.
Help me choose

I’ve tested two other SpeedForm shoes by Under Armour (the Apollos and the Slingrides), and neither one looked or felt like it was designed to be a daily trainer for a serious runner.

The Gemini 2s on the other hand felt and looked like they were up for the challenge. The Gemini 2s don’t have the unorthodox formed upper that the Apollos did, and they have a much more durable outsole when compared to the Sling Rides.

Add in the charged cushioning system and a few other high tech fabrication techniques and you’re looking at a highly capable daily trainer.

Under Armour Speedform Gemini 2 – Lateral Side

In a rare move in the shoe world, Under Armour increased the weight of the Slingrides when making the Slingride 2s. They went from 8.5 ounces to 10.4 ounces.

It’s unclear exactly where this extra weight went since the Slingride 2s look very similar to the previous model and both have the same 8mm drop.

This slight amount of added weight does not put the shoe at a disadvantage though. Similar shoes, such as the Brooks Launch 3 and the Saucony Triumph Isos run at 9.8 oz and 11 oz, respectively.

Without an Under Armour shoe engineer nearby to ping, I’ll have to assume the extra ounces went in to make the shoe a little more durable.

Alright, I focused a little too much on the added weight. The shoes are still light, and felt light when I first tried them on out of the box.

The shoe felt true to size, although some other owners of this shoe report that the shoe runs a little small. Lacing the shoes up is pretty straight forward.

No special Nike Flywire-like ropes or plastic Adidas Ultra Boost overlays to tighten up with your laces. The laces just weave into the upper of the shoe and provide a nice springy hold on your feet.

My first few runs felt great in the shoe, and I was curious how I would settle into the Speedform fit. I had 50 miles of running to figure these shoes out.

It’s always easy to review the insoles of Under Armour Speedform shoes. A quick look inside reveals the smooth absence of an insole due to Under Armour’s extensive experience in fabric manufacturing.

Under Armour Speedform Gemini 2 – Inside

It looks like someone squished a heel into some foam to form a perfectly cupped shape of a heel without any seams.

This sounds great for the barefoot folks, but doesn’t make this shoe a good choice for barefoot folks because of the seam connecting the two upper sections together near the ball of the foot.

I tried doing a barefoot run in these shoes and got a fair amount of chafing where the seam connects the two upper sections.

With socks, chafing disappeared. Overall, I think this ‘integrated-insole’ is sleek and a step in the right direction for more comfortable insoles. The midsole of the shoe features Under Armour’s Charged Cushioning technology.

On the spectrum of springy to plush, I’d rank the the feel of the midsole on the Gemini 2s to be moderately springy, similar to Boost foam found on Adidas shoes.

The layout of the foam in the midsole gives you an 8mm drop with ample cushioning under both the forefoot and heel.

I found there was also a mild amount of support around the arch, which would be helpful for runners that need a little support, but don’t want to get a full stability shoe.

The shoe is also not too restrictive when moving through a stride. All the flex grooves in the outsole allow your foot to roll without too much resistance through a heel-to-toe or forefoot-to-toe transition.

This layout of rounded rectangles in a row with carbon rubber near the heel and blown rubber for the rest of the outsole keeps the outsole, light, durable, and looking a lot like the outsole of the New Balance 880v4s.

Overall, I think sole of the shoe is well done, but I’m just curious why Under Armour kept it practically identical to the previous version of the Geminis.

Because of the nearly seamless upper, you get a very large patch of highly breathable mesh that wraps around most of the foot. This design reminds of the upper on the Brooks Launch 2.

This material on the outer mesh consists of large fabric holes that are layered over finer mesh. With the combination of two fabrics, the upper feels light and airy, with moderate durability.

Connected to that airy upper is a thicker fabric, bonded together with Bemis tape. Bemis tape is a tape used primarily in the garment industry to bond together fabrics.

Moving down to the back of the shoe, and we get into the familiar Speedform fit that provides a true seamless fit around the heel.

It feels great, except for the ring around the top of the heel that seems to press into the sides of my heel. It’s just enough to be an annoyance.

Under Armour Speedform Gemini 2 – Lateral Side

I much prefer the heel found on the Slingrides that does not have the little bead of fabric running around the heel.

Finishing out the heel is the plastic external heel counter, with little strips of reflective material embedded in the rear of the counter.

Lastly, the upper has a tongue with a neoprene-like patch around the top of the tongue for additional padding. I liked this little material choice change, since it helped reduce pressure from the laces on your feet and helped the tongue keep its form when you tugged on it.

The Gemini 2s are a great shoe since they copy most of design choices from the previously successful Geminis.

It’s a bit puzzling why Under Armour did not make many changes to the Gemini 2s (maybe because they tried to stay close to the English translation of the word Gemini which means twin?), so it’s worth checking out the original Geminis before jumping into the Gemini 2s.

Regardless of the version you pick, you’ll be getting a shoe with a springy ride, a smooth insole, and a sleek upper. As long as you’re ok with the fit of the shoe and don’t notice any unusual rubbing, you’ll have an excellent time running in these shoes.

We thank the nice people at Under Armour for sending us a pair of Speedform Gemini 2 to test. This did not influence the outcome of the review, written after running more than 50 miles in them.