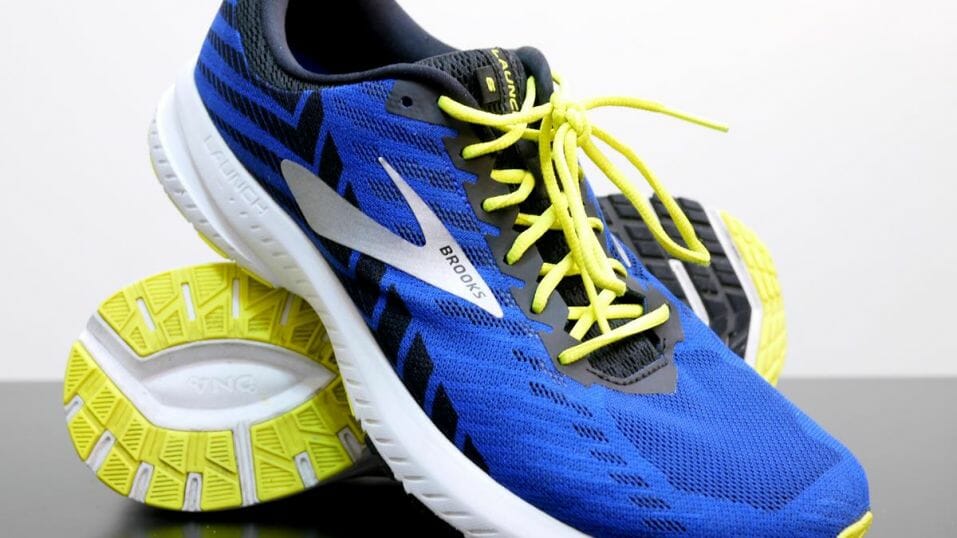 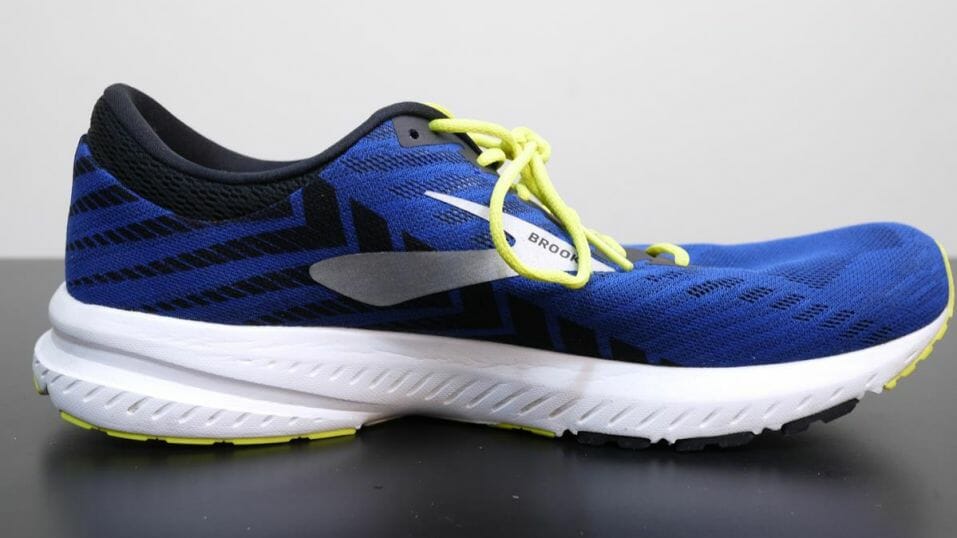 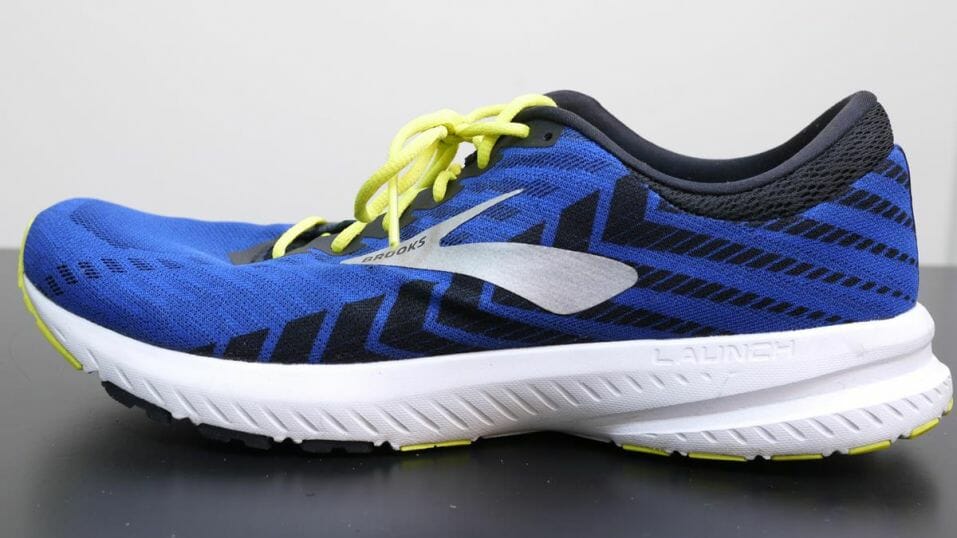 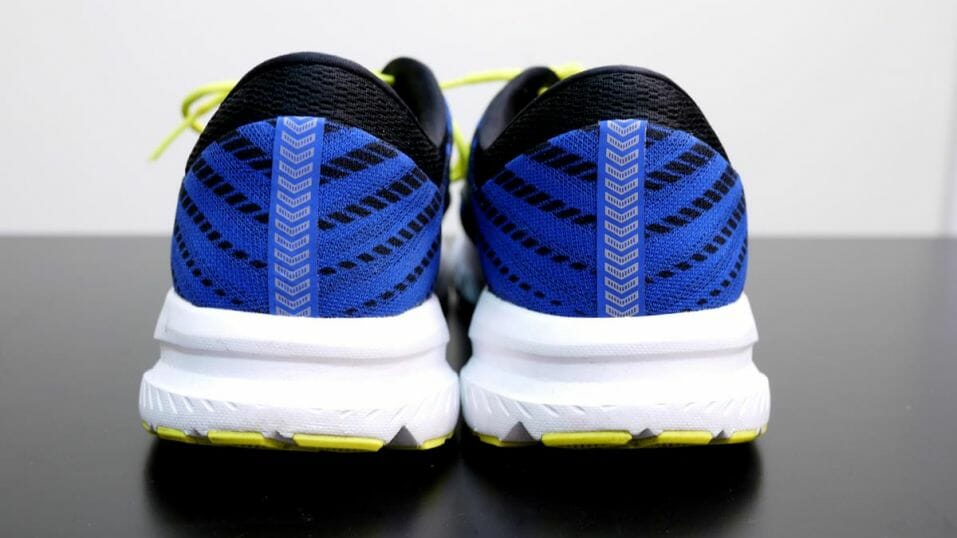 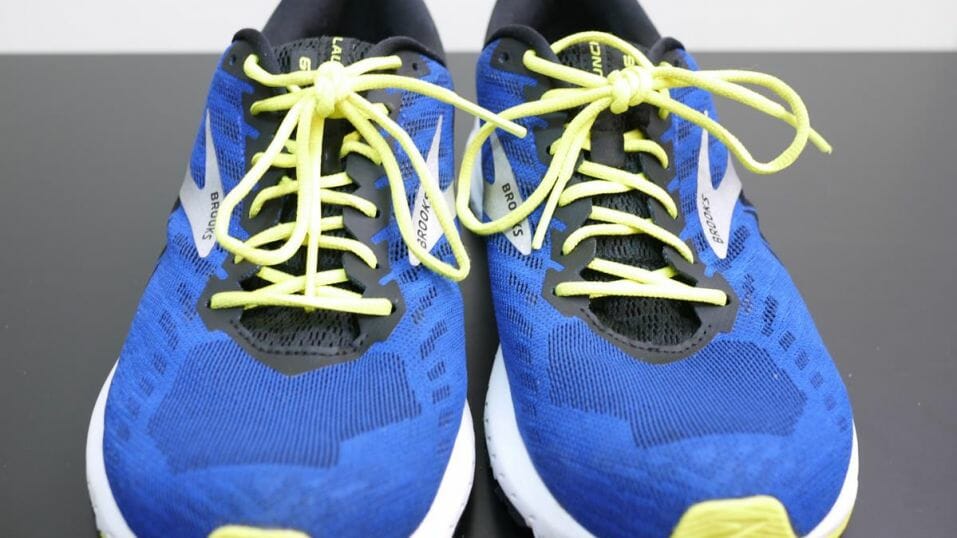 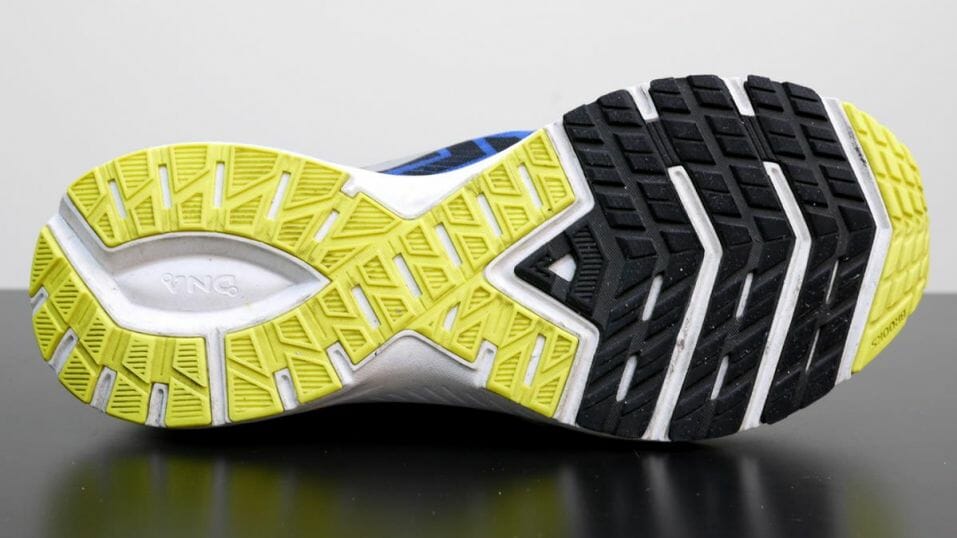 Brooks made their Launch 6 shoes with a few improvements to their already successful Launch 5 shoes. The lightweight design with a focus on long-term durability makes this a quick shoe for everyday runners.
WHERE TO BUY
LOWEST PRICE
$55
SHOE INFO
Brooks
Brand
Launch 6
Model
Lightweight
Type
9 oz. (255 gr.)
Weight
100 US$
MSRP
10 mm
Heel Drop
Launch 5
Previous model
WHO IS IT FOR
This shoe is best for neutral runners who want to shave off a bit of weight from their daily trainer without taking away from upper and midsole durability.
Help me choose

The Brooks Launch 6 gives runners a versatile shoe with a 10mm drop in a 9 ounce shoe.

What differentiates the Brooks Launch 6 from these similar shoes is the plush heel, the “BioMoGo DNA midsole cushioning”, and the flat yet durable outsole design.

I spent 50+ miles running in these shoes to learn even more about what makes the Brooks Launch 6 shoes stand out.

Brooks has a good handle on road shoes, where they’ve focused on making cushioned or energized shoes. The Launch shoes are categorized as an “energize” type of shoes, alongside the Brooks Levitate 2s and Ricochet 2s.

Both the Levitate and Ricochet shoes are slightly heavier, more expensive, have a 8m drop, and come with a more modern upper (Brooks calls that upper “Fit Knit”).

So, if you don’t mind saving a few bucks for a less modern looking upper and reducing weight, the Launch 6 shoes will stand out.

I got to test out the last version of these shoes, the Launch 5, and liked the overall fit and feel of the shoes.

Brooks claims this new version updates the midsole with additional foam under the forefoot for longer lasting “energizing” run experiences.

Brooks also simplified the upper again when upgrading the Launch shoes, opting for a finer mesh material to cover the shoe.

However, they did change from a printed logo to an adhesive overlay for their logo which makes it stand out more.

When first got the shoes, I noticed they re-did their heel counter into something more durable than the previous model (the last model had the fabric sag and pill after moderate use, this one didn’t seem to have that risk).

The rest of the shoe continued to feel the part of a fast lightweight trainer that would be ready for everyday running. Eager to learn more about the shoes, I set out on my 50 miles of testing.

Brooks categorized this sole as a good choice for runners with medium or high arches. As someone with mildly flat feet, I can say this shoe holds up to that design without adding more support for your arches. The differences in the sole design when comparing the Launch 5 to the Launch 6 are pretty noticeable when looking at the shoe, but subtle when running in them.

Brooks kept the same drop (10mm), same DNA technology (more on that later), and similar sole patterns. The sidewall though looks different with a smoother contoured top section, different lines around the heel to allow for more flexing, and a simpler forefoot with no painted over patches.

When running in the shoes and not eyeballing the layout of the foam and midsole, the shoe feels quick and ready for everything from a slow and short warm-up to a 10 mile tempo run.

The DNA technology that I mentioned earlier is Brook’s “special sauce” that reduces shock in your stride. Brooks notes that it’s similar to a cornstarch and water mixture that hardens when slammed, but stays soft when slowly moved. In the engineering field, this is called a shear thickening non-newtonian material.

The implementation of the DNA technology is not as drastic as the cornstarch and water material since it’s a proprietary foam-like addition within the midsole that subtly provides these material properties to your stride. I didn’t notice any odd feeling when running around in these shoes, so it’s less of a game changing piece of tech and more of a background support. I think it would be more pronounced though if you’re a heel striker since that’s a type of running that will experience the most amount of shock.

I liked the outsole design since it’s almost full coverage with just an empty foam patch directly beneath the heel and a few channels around patches of rubber.

Brooks uses a common, but smart rubber layout which puts high durability rubber near the toe and heel, and softer, less durable rubber beneath the toe bed and midfoot. This gives the shoe good long term durability without taking away from comfort. The pattern used is slightly different than last year’s model, opting for a V-pattern instead of sets of angled lines. This is reminiscent of the of the Triflex pattern that Saucony uses on their shoes which is supposed to maintain good traction without getting in the way of a smooth heel to toe transition. My experience running in these shoes found that i’s a smooth ride and has enough traction to flirt with entry level trail running.

Overall, I found myself enjoying the running experience provided by the entire sole and frequently picked these shoes for my daily runs.

The upper of the Launch shoes is wrapped with an almost seamless fabric that gives the shoe a clean look, and closer inspection reveals small design choices made to keep the shoe light and functional.

The toe box has an inner support to give the shoe structure at the very top, and the fabric then thins out just above the toes for additional breathability.

Continuing up the top of the upper and you reach the lacing system which has some of the only exposed stitching on the shoe for attaching the tongue to the rest of the upper.

This lacing system has mildly stretchy laces, so the shoe can flex a tad after tightening them up all the way. I found you may want to loosen the laces closest to the toes to reduce the chance of developing pressure points.

You’ll notice the top of the tongue has a bold design choice to show off the version of the Launch shoes, where the number 6 sits on a fabric tag that feels like it was put there to be ripped off.

Brooks picked a different material when compared to last year’s model to line the heel, and included a second fabric around the outside of the heel counter for a sharper look to the shoe.

These changes made the shoe feel slightly more snug than the predecessor with what I found to be marginally better durability.

I liked the material choices that Brooks used for this shoe, where you could feel that the fabric blended into the fast and lightweight trainer experience Brooks wanted for the shoe.

Besides the Brooks logo and the rear overlay, the upper is relatively homogeneous in materials which keeps breathability, fit, and function constant along the shoe.

I would expect the upper on this shoe to last into the hundreds of miles which is good to know if you are picking the shoe for a daily trainer that should last for a season of running.

The Brooks Launch 6 is a well crafted neutral trainer that stays true to the goal of being a lightweight daily use shoe that can hold up over time.

The unique Brooks DNA technology may be an important decision for those who heel strike, but is something that most forefoot striking runners may not benefit from.

If you’re already a fan of Brooks shoes or are on the lookout for something light and fun, the Brooks Launch 6 could be the shoe for you.

We purchased a pair of Brooks Launch 6 from runningwarehouse using our own money. This did not influence the outcome of this review, written after running more than 50 miles in them.

Visit ShopAmazon.com
This page contains affiliate links. As an Amazon Associate I earn from qualifying purchases.
WHERE TO BUY
LOWEST PRICE
$55
AVAILABLE ON SALE:Previous model $69