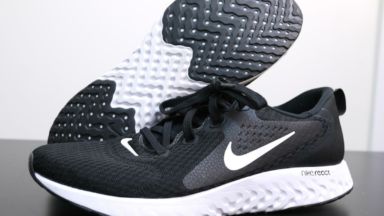 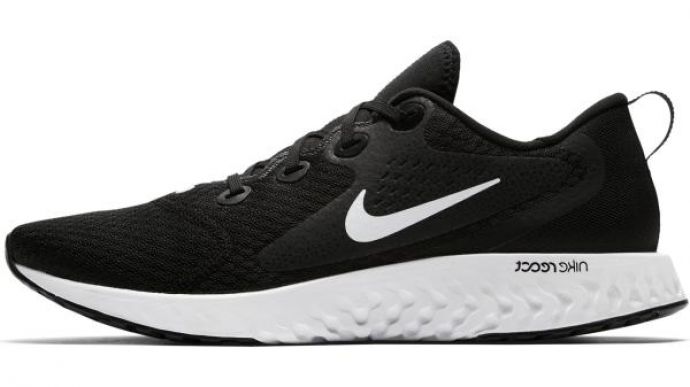 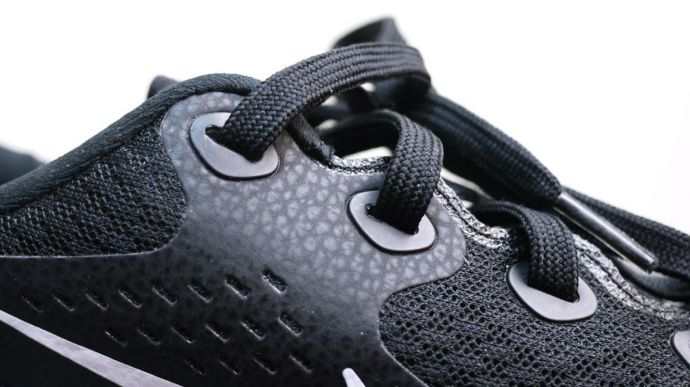 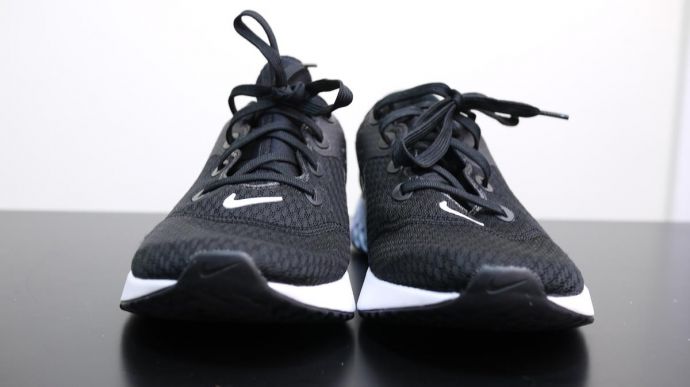 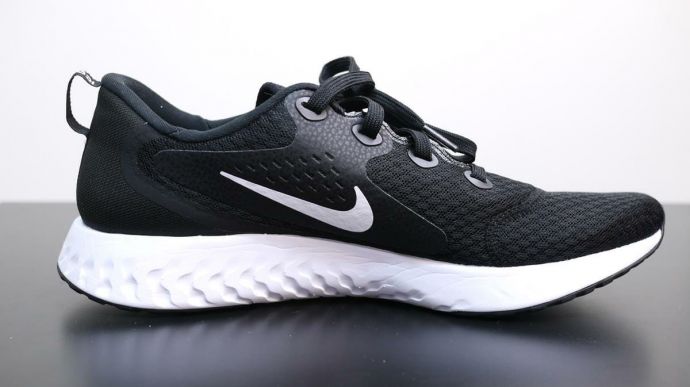 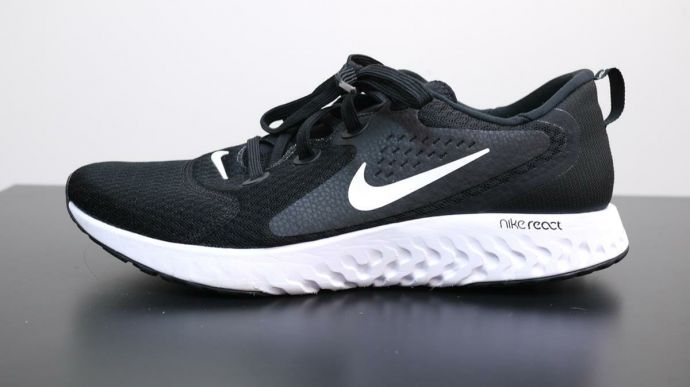 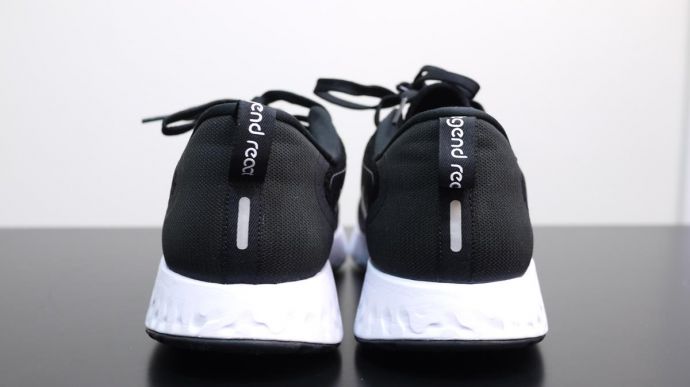 Nike’s Legend React shoe brings the new React foam into an affordable running shoe package while keeping a strong focus on a smooth ride and a smooth fitting upper.
WHERE TO BUY
LOWEST PRICE
$100
SHOE INFO
Nike
Brand
Legend React
Model
Lightweight
Type
9 oz. (255 gr.)
Weight
100 US$
MSRP
9 mm
Heel Drop
WHO IS IT FOR
The Nike Legend React is for the seasoned runner who wants to try out a new generation of foam technology in a daily trainer while keeping a budget in check.
Help me choose

It’s hard to knock away all the marketing talk to get to the core of what makes a shoe different, and what shoe trends are actually shaping the market.

The major element of the Nike Legend React shoes to be aware of is the React foam, which is based off of a new type of polymer being used in shoes.

Nike wants this shoe to appeal to the average runner who knows a thing or two about running shoes and wants to be treated with a comfortable ride.

Since the React Legend is a newer line of shoes from Nike, it helps Nike diversify their mid-range priced daily running shoes which include the Air Zoom Pegasus and the Free line of shoes.

The Air Zoom Pegasus is a very established line of from Nike with proven tech built on a familiar platform for daily training, so the Legend React is pushing a newer type of foam and design that the Air Zoom Pegasus doesn’t capture.

The Free line of Nike shoes covers the area of shoes that are designed to connect you to the running surface and emulate a more minimalistic feel while the Legend React shoes are more focused on giving you a smooth ride.

I was curious when I got the Nike Legend React shoes for the first time, trying to decide if they were an inexpensive take on a more elite shoe, or a deluxe take on a more budget shoe.

The design was muted in terms of what Nike normally does (no crazy big logos, no Flywire/Flyknit), which was nice to see and I hoped it wouldn’t mean the ride of the shoe felt bland.

When lacing up the shoes for the first time, I noticed that they were using a neoprene like tongue/inner bootie which gave the shoe a decent fit even before tightening the laces.

The shoe felt somewhat tight, so I’d recommend that you try the size you want and a half size up when checking these shoes out for the first time.

I decided I would stick with my standard size and keep the tighter fit as I went out on my 50 miles of testing.

React foam makes quite an impression! There’s a springy bounce to it that seems rubbery that doesn’t get in the way of your stride.

I bounded through longer workouts, sometimes noticing the extra bounce provided by the React foam.

Since the shoe also had a pretty sizeable forefoot and heel stack, I could slam my feet into the ground without bottoming out the shoe as well (something heavier landing runners might want to know about).

It wasn’t paradise though with the React foam. I found a few odd things when running with the shoes. There’s a subtle lump below your heel when you run around in these shoes.

It feels as though someone put a little extra rubber on the outsole, but that’s not the case. What’s going on is Nike rounded out the heel so the backside of the outsole raises off the ground slightly, and the midsole remains flat.

The area where the raised back meets the flat midsole gives you the feeling of a lump.

Nike keeps the sole pretty simple, using React foam through the forefoot to the heel with no air pockets, different foam wedges, or laser cut channels.

The sidewalls of the shoe have a light impression of a wiggling circle which become more pronounced as you look at the bottom of the shoe on the outsole.

Since Nike is using a durable foam, they’re taking advantage of this by keeping much of it exposed under the midfoot, and texturing it enough so it adds to the overall traction of the shoe.

The rest of the outsole below the forefoot and heel are covered in a layer of durable rubber with the same pattern pressed into the foam.

Nike made the channels of this pattern go right to the foam, which reminds me of the outsole Adidas uses on their UltraBoost shoes. Enough for traction, keeps the shoe light, keeps the shoe from looking bland.

Over my 50 miles of testing, the outsole held up well, so I suspect these shoes should last at least a few hundred miles before you see signs of the rubber wearing down to the foam.

Nike kept the upper surprisingly void of Nike tech like Flywire or Flyknit.

There is a React Flyknit shoe out there though at a higher price point, so I’m guessing they put most of the money into this shoe’s foam and made the upper as best they could without going too far.

Although I tested this shoe as best I could over 50 miles of running and the upper seems durable, I’ve found a few reviewers out there who had the upper start to rip after a month.

The color I got was black, so the various material choices are hard to pick out. Nike uses a pretty standard looking and feeling mesh for the front of the shoe which has two layers to it.

A small seam crosses the top of the shoe’s outer mesh, but the inner mesh doesn’t have it. I’m guessing that was done to fit the mesh better around the shoe.

The mid section of the upper has a large triangle of a leather-like overlay that the Nike logo sits on.

Although I don’t see how that overlay adds to the fit of the shoe, I can see omitting it would make for a really bland looking Nike shoe. I’m just curious why they picked a material that’s fake leather.

Further past that overlay is a thin overlay to hide some stitching around the heel, and then a clean and smooth heel counter with an easy to use pull loop and a smart dash of reflective tape just behind the shoe.

What’s left on the upper to talk about is the tongue/bootie system. I have mixed feelings towards it.

The neoprene“tongue” extends to the bottom of the laces like a tongue, but also extends down the sides of the shoe to keep your feet wrapped up.

It’s a decent way to keep your feet fit well in the shoe, but the neoprene material is fairly thick and not too breathable.

This thickness is needed since Nike’s using standard laces that loop through plastic eyelets which would add too much pressure to the top of your feet if you didn’t have this neoprene wrap.

The end result is a smooth and comfortable fit. I can see Nike redoing this in the next iteration of the shoe.

Although the upper is a bit quirky, the heel may feel funny, and the shoe runs a tad small.

The design choices made to keep this shoe feeling smooth and responsive shine through, which makes this shoe a strong choice for neutral runners looking for something in the $100 market.

Given that this shoe is the first in a new line of Legend React shoes by Nike, if you’re up for taking a risk to try out some springy foam, you should check this shoe out.

We purchased a pair of Nike Legend React from amazon using our own money. This did not influence the outcome of this review, written after running more than 50 miles in them.