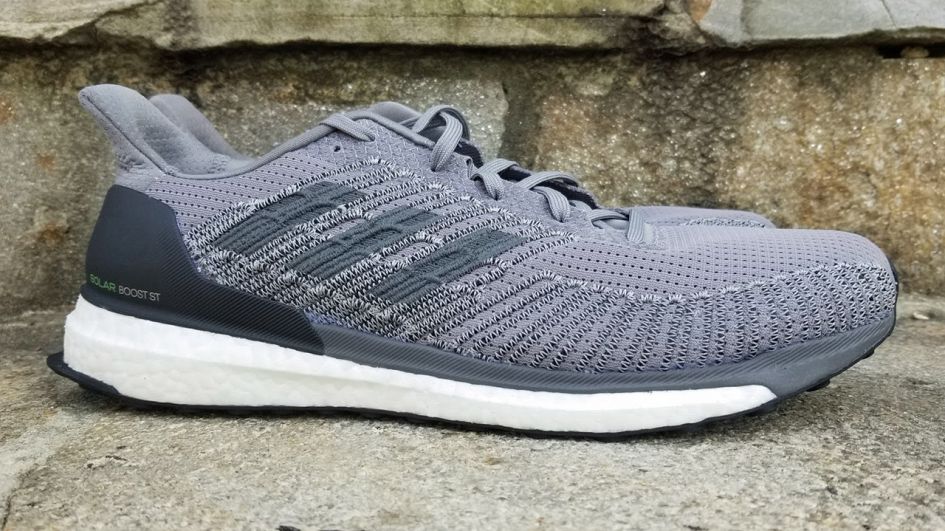 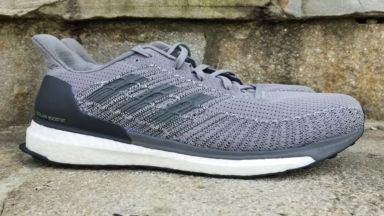 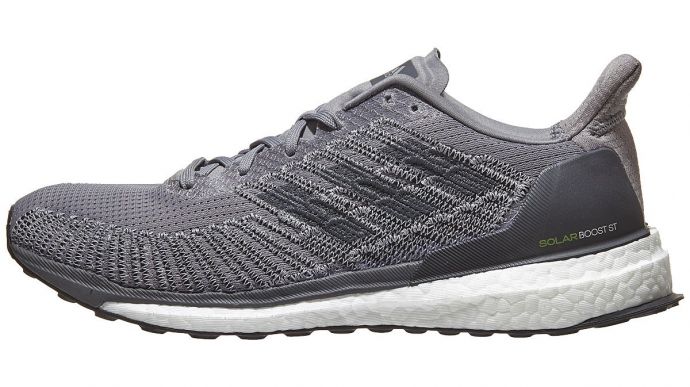 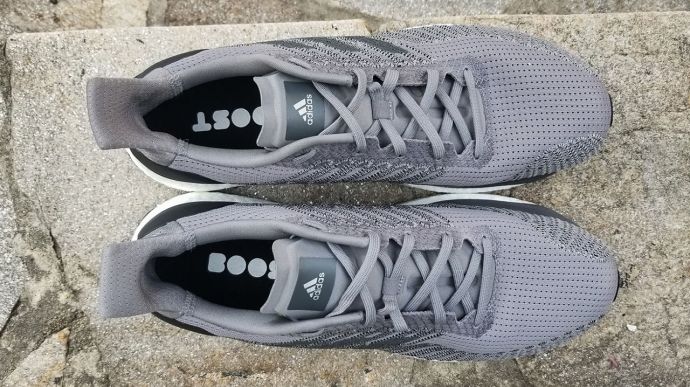 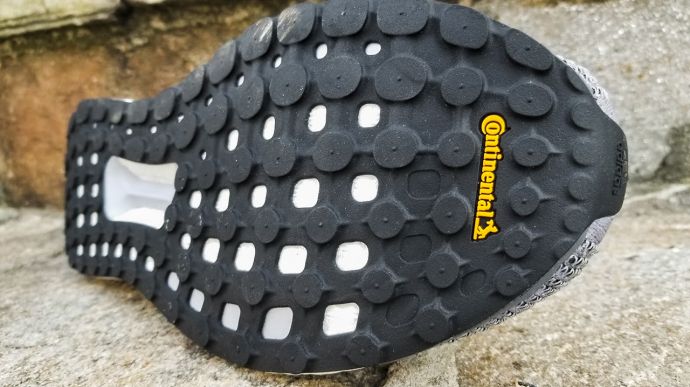 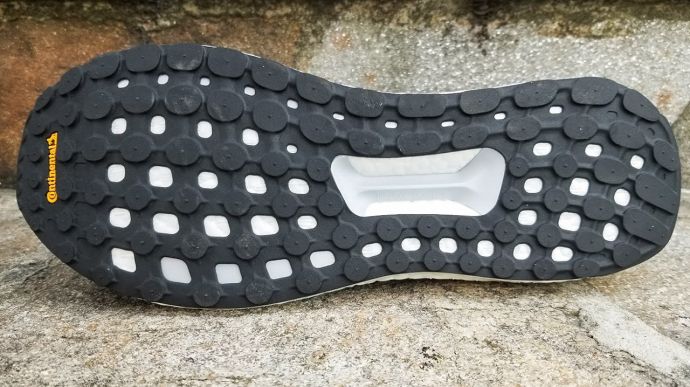 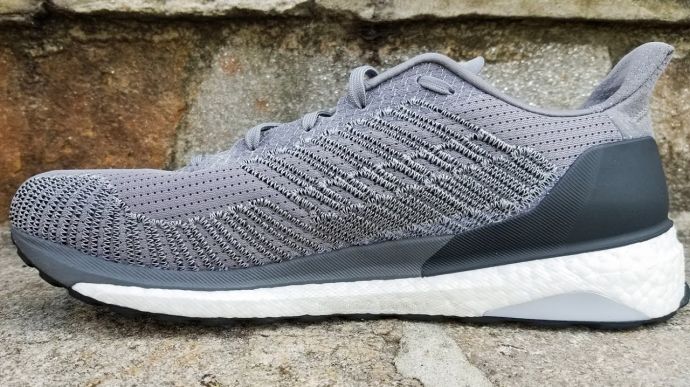 The Adidas Solar Boost ST 19 doesn't look like much on the surface. Dive deeper and it's a well performing shoe offering the right amount of stability and comfort second to none. It's built for the long run; literally and figuratively!
WHERE TO BUY
LOWEST PRICE
$94
SHOE INFO
Adidas
Brand
Solar Boost ST 19
Model
Stability
Type
10.9 oz. (309 gr.)
Weight
160 US$
MSRP
10 mm
Heel Drop
WHO IS IT FOR
This is a shoe that is geared toward runners looking to get into longer distances that need some support from over pronating.
Help me choose

As the name suggests, the Solar Boost ST is the stability offering of the Solar Boost shoe from Adidas. It adds a rail system and dual density boost foam guide the foot from over pronating without adding too much extra weight.

This is one of two stability shoes in Adidas’ solar line; the other being the Solar Glide ST. The Solar Boost ST is the heavier option offering the most support out of the two.

Competition includes Brooks Adrenaline GTS, Asics Kayano or Mizuno Wave Inspire. Adidas’ Solar line is fairly new only premiering back in 2018. Will the Solar line stay here for good or will Adidas be doing another revamp in 2 years?

This is a whole lot of shoe. when I opened them up for the first time they felt bulky and heavy in my hands. I had tested the Solar Glide ST last year so the bizarre separated heel counter was not as big of a shocker this time around.

I really liked the grey and white colors. I actually wore these to work before I took them out for my first run. While heavy in my hands, they were incredibly comfortable.

My first run I had mixed feelings. My heel slid up and down and they felt clunky. Thankfully this eventually went away.

The sole is what makes the shoe shine. It’s durable, versatile, and reliable.

Adidas and long time Partner Continental (yes, the tire company) utilize their signature webbed rubber in the outsole that never disappoints. It offered superior traction in all weather conditions I threw at it.

One thing that confused me was the extra rubber placement on the heel. For the life of me I couldn’t figure out the point of this. It didn’t give me any issues, it just felt like a product defect until I saw other people wearing it.

Adidas’ golden child, Boost is present in the midsole. The TPU pellets compress on impact and bounce back giving a springy yet cushioned ride. Since this is a stability shoe, the foam is a dual density model.

The Torsion System is a long plastic piece smack dab in the middle to provide arch support. It acts as a bridge between the forefoot and rear allowing more independent movement.

Lastly, are the rails that extend beyond the mid sole to cup the foot and provide support from over pronation. It doesn’t drastically change your stride like many other support shoes that have a medial plate.

Instead it guides the foot and works with the dual density system to provide support where you need it.

The ride of the shoe was fantastic. the 10mm drop and torsion system had me mostly landing on my heel and lifting off with my mid foot, but this did not give me any issues.

At the tail end of my testing, there was minimal wear on the sole. Quite impressive considering I was 100 miles deep on the shoe and I am a larger runner.

The upper is said to be inspired by NASA engineering, hence the solar name. Personally, I would have gone with Rocket Boost ST or maybe Space Boost ST, but product design isn’t my forte.

It’s a light knit material with reinforced stitching. The reinforced Tailored Fiber Placement felt great around my midfoot. It helped keep my foot in check and give a snug but comfortable fit.

The toebox was mostly just a knit material. Plenty of room in here though. No issues with fit or narrowness.

The lacing system did not have any hotspots but the laces were way too short if you use a runner’s loop. I do, and I found myself having to constantly redo it because there was next to no give in the laces.

The tongue is semi detached giving that booty look that I am always a sucker for. Unfortunately it did not breathe well at all. There was too much padding here and it was almost always drenched with sweat after my runs in them.

I ran in the Solar Glide ST’s last year, so it was no surprise to me how the heel was constructed. The heel counter is a piece of soft mesh in the middle that extends far up to my Achilles with two pieces of plastic on either side.

I found myself slipping around in the heel at first, but this was only with the first few runs in them. I eventually got used to this and they felt great with no slippage issues.

While I admire the material of the upper and what it sets out to do, I do NOT like how hot it made it. Granted, I tested these in the summer, but none of my other shoes in my rotation gave issues like this.

The padded tongue and extra reinforcement in the midfoot made it cook up even in the milder days I took these out in.

My shoes were almost always drenched in sweat and were wet the next day. To add insult to injury, it did not get rid of odor very efficiently.

I could smell my feet from the second or third run up until the end of my testing. This is a common issue with Knit uppers, but it was particularly an issue with these.

My favorite runs in these were my longer double digit runs. The shoe really shined for these. Going at a relaxed pace for 10-15 miles was really effortless.

I tried sprinkling in some tempo runs in these, but the shoe really isn’t meant for it. I was able to go faster than I thought, but save your legs for faster shoes.

The price is steep, but so is the competition. That said, 160 dollars is 160 dollars no matter how you spin it. I will say the shoe’s durability made the shoe worth the price tag,

All in all I really liked this shoe, despite them being wet for days and smelling to high heaven. I really didn’t expect to be as big of a fan of the shoe as I was.

If you want a shoe that will last as long as the sun and don’t mind spraying it with febreeze every couple days, then this is for you.

We purchased a pair of Adidas Solar Boost ST 19 from runningwarehouse using our own money. This did not influence the outcome of this review, written after running more than 50 miles in them.

Visit ShopAmazon.com
This page contains affiliate links. As an Amazon Associate I earn from qualifying purchases.
WHERE TO BUY
LOWEST PRICE
$94