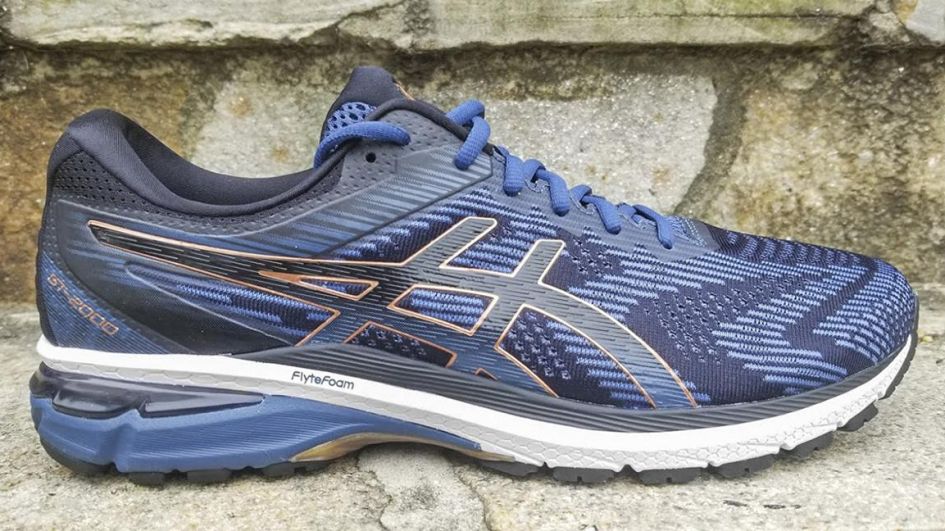 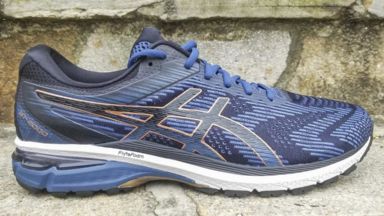 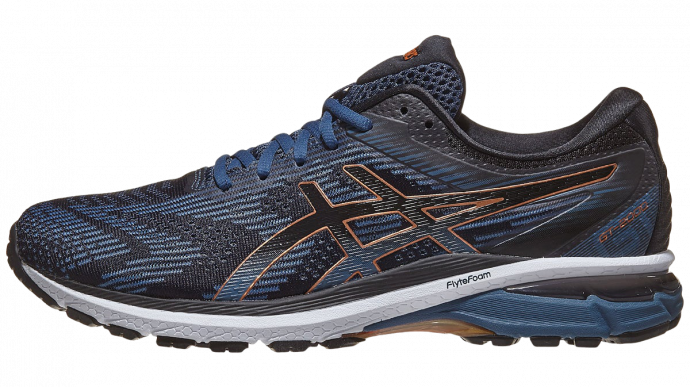 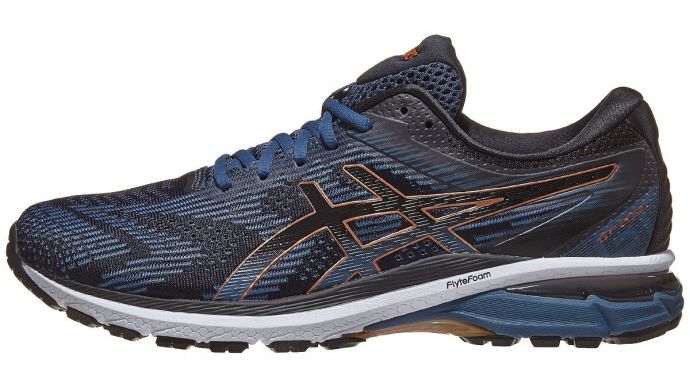 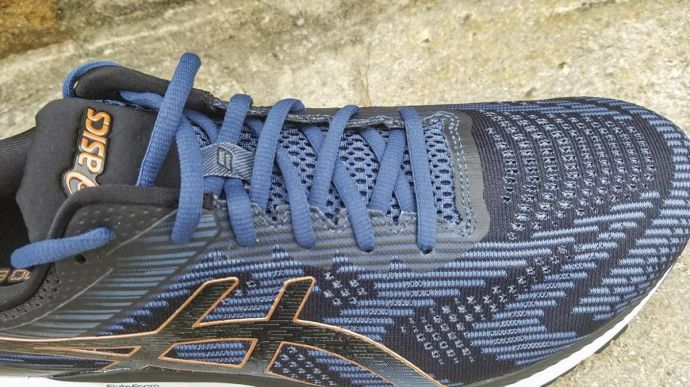 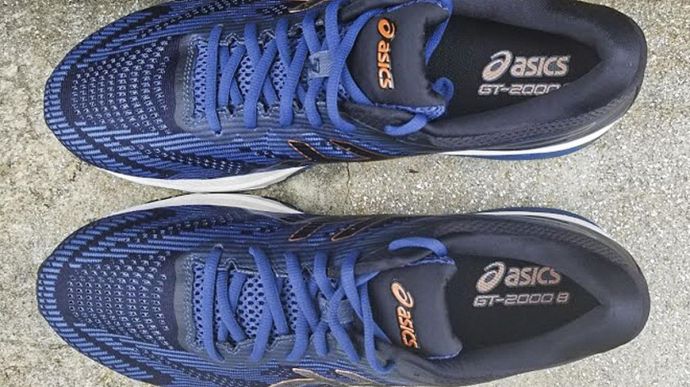 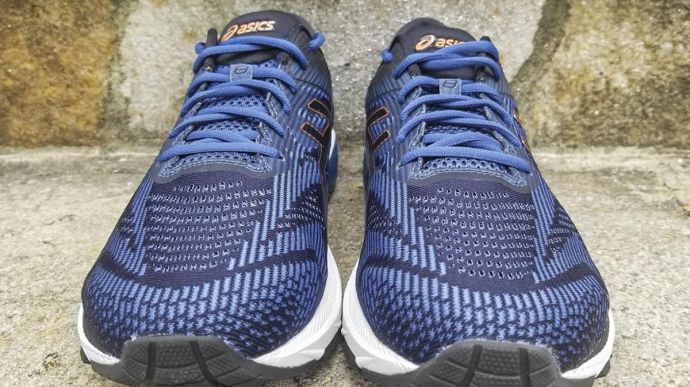 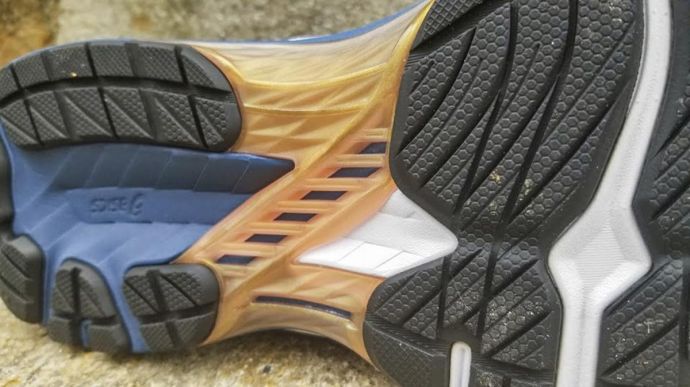 The Asics GT 2000 8 is a staple everyday trainer. It has moderate support, is moderately priced, and offers a moderately stable ride. It's not a bad shoe, but it's also not a breakthrough one either.
WHERE TO BUY
LOWEST PRICE
$73
SHOE INFO
Asics
Brand
GT 2000 8
Model
Stability
Type
10 oz. (283 gr.)
Weight
120 US$
MSRP
10 mm
Heel Drop
Asics GT 2000
Family
GT 2000 7
Previous model
WHO IS IT FOR
I like to think of this as a gateway shoe for runners that are starting to get serious about their running.

It works great for those who are looking for a medium amount of cushion and support. It's the text book every day trainer.
Help me choose

Ascis returns for the 8th time with their golden stabiltiy child. The shoe has had a complete overhaul, with upgrades in both the sole and upper.

This shoe competes with other mid range stability shoes like the Brooks Ravenna and Mizuno’s Wave Inspire. It’s not the cheapest shoe out there, but it also isn’t the most expensive.

This shoe is in Asics’ spotlight; even more so than the reliable old beast the Kayano. It sits in the middle of their line for both price and tech. Below it is the GT-1000. Above it is the Kayano.

It’s been a while since I tested a pair of GT 2000s so I was excited to see what the shoe had been up to. I was also fresh from testing the GT 1000 so my mind was on Asics.

The first thing I noticed unboxing was the upper. It felt incredibly light and breathable. Comfortable too!

My first run felt somewhat stiff. It took me a couple miles to lock into a groove.

Asics boasts a lighter ride than before in this 8th edition. A rebuffed midsole and outsole are just some of the upgrades this version.

The midsole is a combination of Fytefoam compound and gel in the lateral side of the heel. A generous amount of the Dynamic Duomax dual density foam aids against over pronation.

The 10mm drop had me landing on my midfoot and heel. The gel did a great job of absorbing shock, but the Flytefoam had liftoff feeling stiff. I feel like Flytefoam is something that works great in uptempo shoes like the DS Trainer, but it fell short here.

he out sole’s strategically placed high abrasion rubber gave great traction. I never felt out of control and there was plenty of grip for me; especially during some of the wet and leafy Autumn days that I took these out in.

The TRUSSTIC system reinforced the midfoot of the outsole. It helped keep me from twisting my foot both on landing and lift off. I could feel it working at all times when my foot wanted to roll inward.

This is a remarkably sturdy shoe. After close to 75 miles on my feet, there was minimal wear. This speaks wonderfully for the durability of the shoe. I can easily see it lasting 500+ miles.

The shoe fits VERY true to size, especially in the toe box. While there’s a decent amount of room, it’s still pretty narrow. Definitely go wide or half a size up.

This is the norm for Asics shoes and it willl probably never change no matter how much I bring it up.

The upper has been redesigned with a material that both light and breathable. It was comfortable and was reinforced in all the right places. At no time did it feel restrictive or had my feet sweating through.

I found the heel did exceptionally well locking me in place. The collar had plenty of cushion and didn’t cause any issues with rubbing or blistering.

Lastly, the lacing and tongue were very comfortable. Zero hot spots and no issues with the tongue riding up or inward. At times it barely felt like my shoes were tied.

I tested these around one of my marathons this season. My taper tantrum days had me wishing the ride wasn’t as harsh on liftoff. Following the race, the stiffness of the sole had my knees screaming at me.

Once my body was back to normal, runs at regular pace felt just ok. Nothing special, but nothing to complain too much about. They worked great on my long days. I locked into a modest pace and the miles just flew by.

I had a love hate relationship with these. I liked how comfortable they were. I was a big fan of the durability; they looked near new at the end of testing! I just never got much out of the ride and it feels like I should have.

At the end of the day, I would gravitate more toward the budget GT 1000 or Brooks’ Ravenna. They both have the same concept executed better than this.

We purchased a pair of Asics GT 2000 8 from runningwarehouse using our own money. This did not influence the outcome of this review, written after running more than 50 miles in them.

Visit ShopAmazon.com
This page contains affiliate links. As an Amazon Associate I earn from qualifying purchases.
WHERE TO BUY
LOWEST PRICE
$73
AVAILABLE ON SALE:Previous model $119