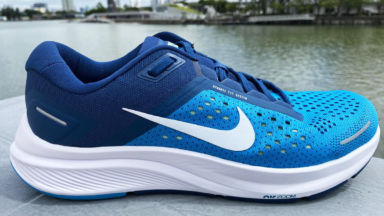 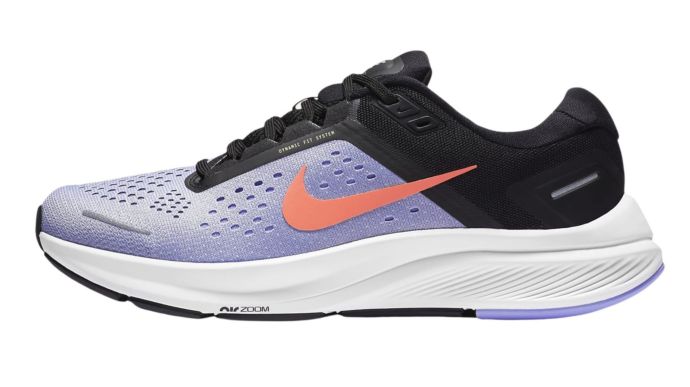 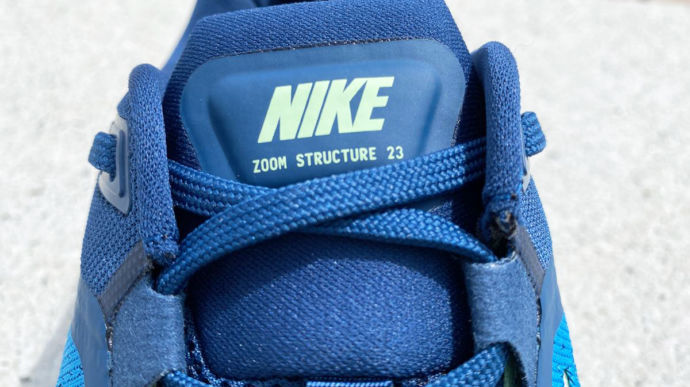 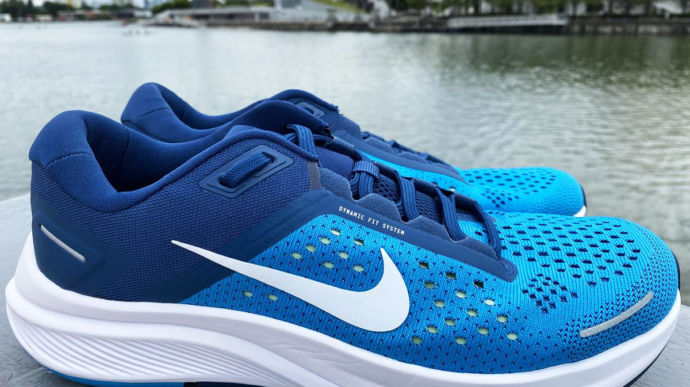 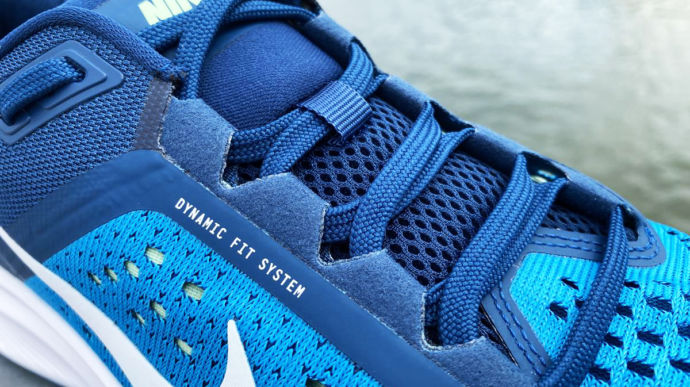 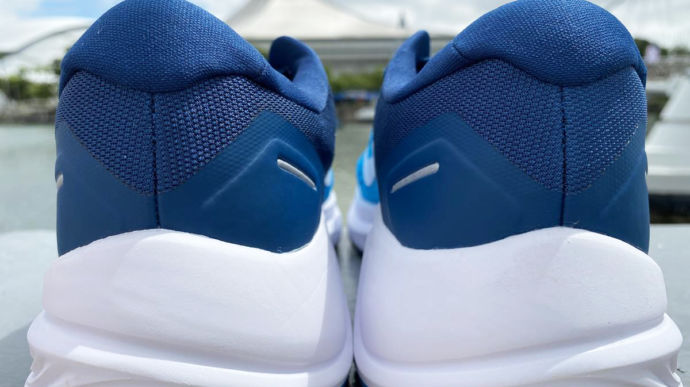 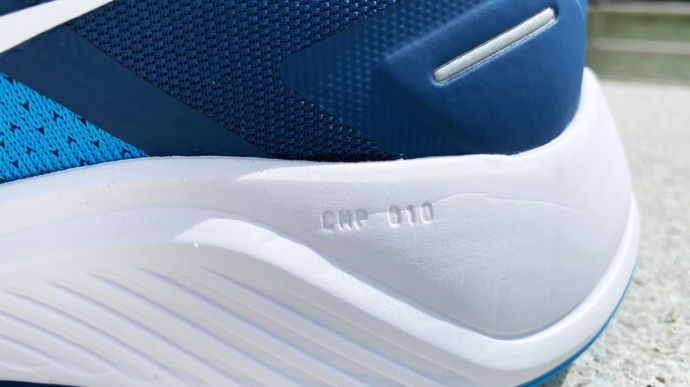 The Nike Air Zoom Structure 23 shares nothing in common with its predecessor except for its name. It has a brand new plusher upper and midsole with a durable outsole which results in a much softer and less versatile ride.
WHERE TO BUY
LOWEST PRICE
$120
SHOE INFO
Nike
Brand
Air Zoom Structure 23
Model
Cushioning
Type
10.2 oz. (289 gr.)
Weight
120 US$
MSRP
8 mm
Heel Drop
Zoom Structure 22
Previous model
WHO IS IT FOR
If you're a neutral runner or an overpronator looking for a stable, max-cushioned trainer for recovery or long runs, the Structure 23 is the shoe for you.
Help me choose

Well surprise, surprise. Nike was actually secretly working on the Structure 23. The Structure was dead and buried but now it’s been brought back to life and it’s undergone an extreme makeover while being on hiatus.

If one was asked to describe how the Nike Structures of days gone by felt, the adjectives would be along the lines of firm, stiff and stable.

The Nike Structure has never been a soft shoe. It was the firm midsole that gave it its highly stable ride.

I remember watching a Galen Rupp interview years ago in which he said that he has always been a “Structure guy” and does all his training in the Structure.

I couldn’t believe that anyone could enjoy doing high mileage in such a stiff, firm shoe.

It is an excellent running shoe even though most of it still remains clouded in mystery.

It has only been launched in a very small number of markets in Asia and Nike has chosen to not name the foam that its midsole is made of or give its standard size weight.

It’s interesting that on Nike’s website the word “stability” is not mentioned anywhere in the Structure 23’s description or in its product details.

A lot of runners stay away from “stability” shoes because it usually means firm, heavy and “poking arch” sensation. There’s a good reason that true stability shoes are a dying breed.

The Structure 19 and the Structures before the 19 had prominent medial posts and a “poking in the arch” sensation which made it unbearable for many neutral runners and even some overpronators to wear.

The next three versions toned down the medial post, making them more comfortable and this broadened the target market. The firm ride still remained.

So how does the Structure 23 differ from previous versions of the Structure and where does it fit into the Nike performance running range?

Taking my pair out the box was the first time I had seen the Structure 23 in real life.

I’m quite fond of the Valerian Blue/Cucumber Calm colourway that I ordered. It reminds me of the blue Pegasus 30 launch colourway.

On the midfoot, the light green “Cucumber” coloured material can be seen through the large perforations.

When I compressed the foam with my fingers, I expected a really firm foam with no give but it actually felt like the opposite- it felt really spongy.

The shoe also flexed really easily which was a surprise for a trainer from the Structure series.

While putting them on and walking around in them, my feet sank down into the soft foam and I immediately knew that this was a completely different beast from previous versions.

After my first run in the Structure 23, I understood why Nike refrained from categorising the shoe as a stability shoe.

This is no more of a stability shoe than the Pegasus, or the Vomero is. The only thing that it shares in common with previous Structures is the name.

My first run was 15 kilometres at an easy pace. The first thing that surprised me was how much cushion the midsole had.

I found the level of cushioning to be higher than most daily trainers and even softer than a lot of max-cushioned shoes. It was for sure softer than the Glycerin 18 and the Bondi 7.

The other thing that surprised me was how neutral it felt. The Structure 23 rides like a stable neutral shoe.

In the running shoe world, it’s very rare that an update undergoes such a big change that it is unrecognisable. The only other example I can think of is the Nike Vomero 14.

The Structure 23 is such a vastly different shoe from previous structures that if you were to remove the name badge from the shoe, you’d think it was a brand new shoe.

Actually, the Structure 23 has more in common with the Vomero 11 than any previous Structure version. Nike has done the complete opposite of what they did to the Vomero 14.

Instead of becoming firmer and faster, the Structure 23 has become super soft and slow.

Nike has yet to specify which foam they use in the Structure 23. On the midsole is written “CMP 010”. A new foam maybe? To me, it feels very similar to the Lunarlon that was used on the Vomero 10-13.

The Zoom Air bag in the forefoot of the Structure 23 is similar to the setup in the Pegasus 33/34 where you could feel the air bag through the strobel lining and the insole.

Some runners might find it to be lumpy but I like having the feeling of the air bag underfoot with every foot strike.

It reminds me where I need to target my foot strikes. It’s also the small, thin air bag and not the larger, thicker one that’s used in the Pegasus 37.

Responsiveness is good in the forefoot because of the Zoom Air unit but is less responsive in the soft heel. There is a shallow cavity under the heel which adds a bit more responsiveness.

Stability is high even though there is no firmer wedge or medial post. This is due to two main reasons:

On the medial side, the midsole is built up more than on the lateral side so there is a noticeable level of under-arch support without the firm poking sensational.

The highly flexible forefoot results in less snappy, more relaxed ride transitions. The Structure 23 flexes behind the airbag, towards the middle of the sole.

You used to be able to do some speedwork in the Structure. Well, not anymore.

The high level of sink in cushioning combined with the flexible forefoot means that it’s really difficult to pick up the pace in the Structure 23. Anything faster than an easy pace is asking too much of it. Versatile it is not.

It does however shine on recovery or long runs at relaxed speeds. Slow runs from 15km up to marathon distances are in its wheelhouse.

I love my Structure 23’s for long weekend runs. It serves the same purpose as my Triumph 18’s and my Floatride Run 2.0’s. It’s not nearly as responsive but it beats both of them when it comes to outsole durability.

Nike decided to go to town with rubber on the outsole of the Structure 23. It’s plastered in thick, hard-wearing rubber. There’s harder carbon rubber on the heel and softer blown rubber on the midfoot and forefoot.

A lateral crash railing helps to absorb impact on the lateral edges.

All the rubber weighs down the shoe but this is one of the most durable outsoles to come out this year and I’ll be really surprised if it doesn’t get to over 1000 kilometres.

Traction has been great on grass, pavement, and tar in both wet and dry conditions.

The Structure 23’s upper is the definition of plush. It’s so plush and comfortable that it wouldn’t look out of place on a Vomero. It’s actually very reminiscent of the Vomero 11 but without the Flywire cables.

Instead of Flywire cables, there are soft, mesh panels which are the Cucumber Calm colour that you can see through the perforations at the midfoot. These work much better than Flywires or Flywire straps Nike has been using.

The upper consists of a double-layer engineered mesh with the outer layer having large perforations in it for air to permeate.

I found the Structure 23 to be a really warm shoe. All the padding allows the upper to soak up sweat so on long runs, the shoe gets heavier. It’s definitely more suited to cooler climates.

The highly padded tongue is attached to the inner sleeve so there is no tongue slide and the plush heel counter has a smooth inner lining.

There is a hard internal heel counter which extends down into the midsole. This keeps the heel locked in place during runs.

Midfoot and heel lockdown is superb. There are also double last row eyelets which I had to use to get a dialed in fit.

You get thin reflective strips on both sides of the heel and a single strip on the medial side of the toe box for night-time visibility.

One thing that I really didn’t like were the thick reinforcements on the eyelet area. This made the midfoot stiff and added unnecessary weight to the shoe.

The Structure 23 fits true to size and has a deep and spacious forefoot. I found it comfortable enough for super long runs but really warm because of the inner sleeve and all the padding.

The Structure 23 is the Structure series reimagined and I really like the direction that Nike has gone with it.

Previous versions felt as stiff and hard as a plank of wood but the 23 is actually fun to run in even though it is less versatile.

If you were looking forward to a similar shoe to the Structure 22, you will be bitterly disappointed in the new Structure 23.

The Structure 23 is Nike’s version of the Ultra Boost ST: high levels of cushioning with a built up medial side.

The Structure 23 is no longer a traditional stability shoe with a firm ride and a harder medial post.

We can only speculate that Nike wanted to keep the name alive for nostalgic reasons.

When you have a classic like the Structure which has been around for 22 versions, it would be silly to just kill off the name and forget it ever existed.

Whatever the reason is, I think that the Structure 23 will be a bestseller.

While we wait for the Vomero 15, the Structure is a good stand in.

It possesses all the long-distance comfort features that Vomero versions before the 14th version had, such as a plush, well-fitting upper, a super durable outsole and a soft midsole with deep cushioning.

We purchased a pair of Nike Air Zoom Structure 23 from runningwarehouse using our own money. This did not influence the outcome of this review, written after running more than 50 miles in them.