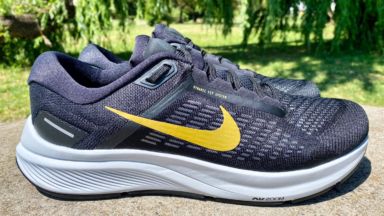 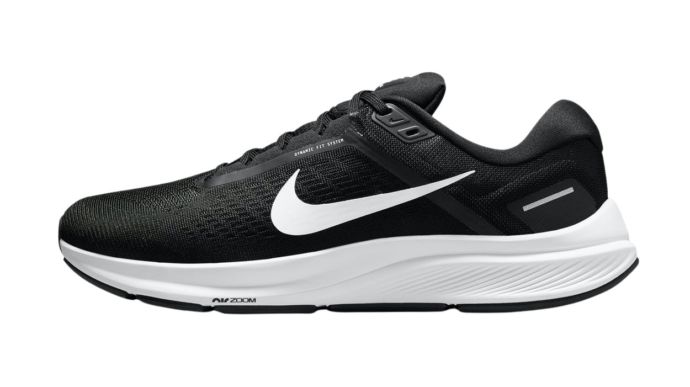 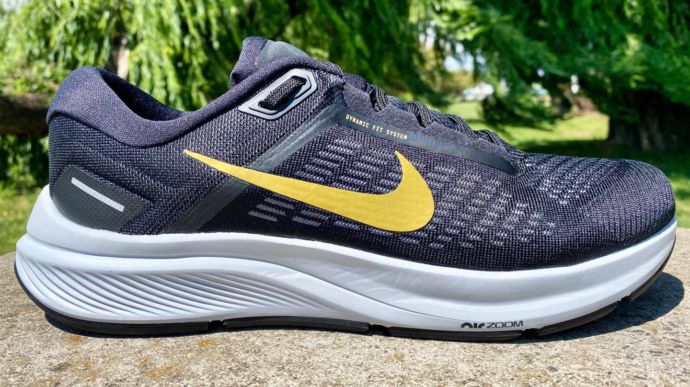 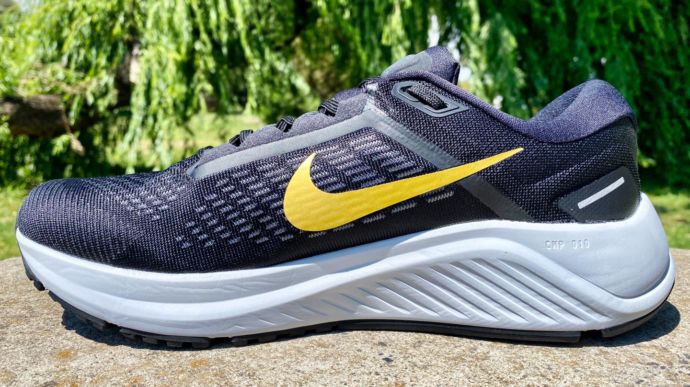 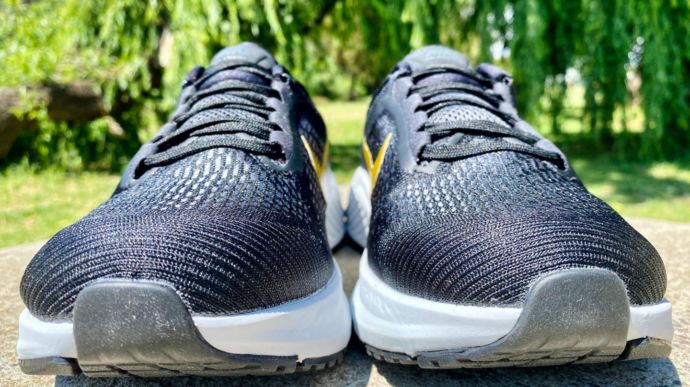 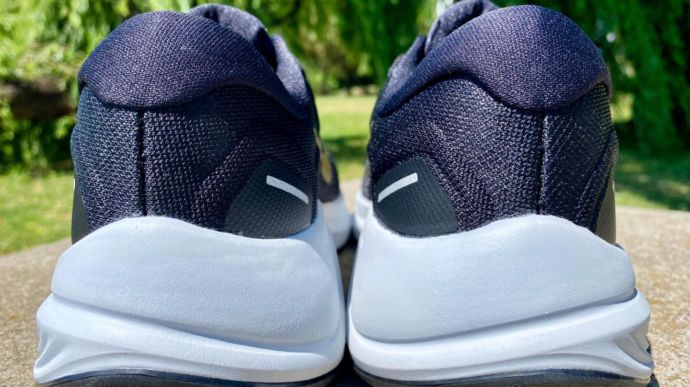 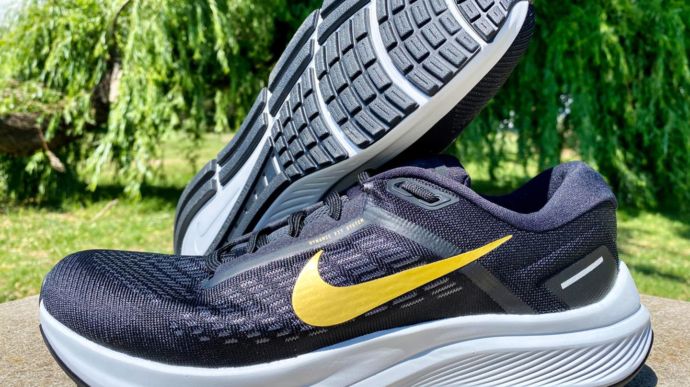 The Nike Air Zoom Structure 24 is a supportive neutral trainer which can handle most types of runs. It has comfort and durability in spades and is great value for money. Version 24 is a minor, upper-only update which is more streamlined but makes the shoe heavier than its predecessor.
WHERE TO BUY
LOWEST PRICE
$130
SHOE INFO
Nike
Brand
Air Zoom Structure 24
Model
Stability
Type
11.00 oz. (312 gr.)
Weight
120.00 US$
MSRP
21 mm
Heel
13 mm
Toe
8 mm
Heel Drop
Nike Structure
Family
Air Zoom Structure 23
Previous model
WHO IS IT FOR
If you're a runner who finds the Vomero 16 too firm or the Invincible Run too unstable, the Structure 24 is a great supportive, well-cushioned trainer for daily runs.
Help me choose

Imagine if ASICS removed the firm medial post from the Kayano and gave it a single-density midsole. That’s exactly what they did with the Kayano Lite but at least they still kept the regular Kayano for runners who still want traditional stability.

When I tested the Structure 23 last year, I was astonished how different it was to previous Structures which were firm and stiff. The 23 felt much more cushioned and much more flexible; I liked the new direction that the Structure had gone in. It was a Nike classic, reimagined.

Version 23 was one of the biggest updates in the history of Nike so it makes sense that version 24 is one of the smallest updates. It maintains the same midsole and outsole as last year’s version but it gets a new upper.

It’s not often that an updated version is so similar to the previous version that you wouldn’t be able to tell which version it is if you were blindfolded and you put both versions on, one on each foot.

That was my thought when I put the Structure 24 on for the first time. I wonder if shoe companies make minimal, upper-only updates to shoes so that it gives them more time to work on the next version.

My first run was a 10 K easy run and there were no surprises: the ride of the Structure 24 felt identical to the Structure 23. I could still feel the prominent airbag in the forefoot and the ride was supportive without being firm or stiff.

It felt great right out of the box with no break-in needed and the upper felt secure without having to readjust or use a runner’s knot.

The word that describes the ride of the Structure 24 best is “balanced”. It feels well-cushioned without being mushy or firm and it falls into the same category as shoes like the ASICS Cumulus, Brooks Ghost and Hoka Clifton – versatile trainers that can fill the role of 2 or 3 shoes in your rotation.

The Structure 24 can be used as your daily trainer, recovery trainer, or long run shoe. It’s not the best shoe for speed work because of its flexible forefoot and its plush upper which makes it weighty.

I used my Structure 24 for mainly easy, middle distance runs which is what it feels most comfortable doing although it is capable of slightly faster efforts. The best thing about the Structure 24 is that it doesn’t feel like a firm, stiff stability trainer that pokes your arch. It’s a comfortable, stable and versatile trainer which can handle most runs.

It’s one of the only Nike trainers to use CMP 010 foam in its midsole which I prefer to the more popular React foam. It’s an EVA foam which feels softer and more spongy than dense, rubbery React foam.

There’s also a small Zoom Air unit in the forefoot of the Structure 24 which is only situated under the ball of the foot and doesn’t cover the entire forefoot like in the Vomero 16 and the Pegasus 38.

The result is a more consistent ride than the Pegasus and Vomero because CMP 010 foam surrounds the airbag in the forefoot whereas the forefoot of the Pegasus/Vomero feels much firmer than the rearfoot so the ride feels inconsistent.

The Structure 24 definitely isn’t as stable as the Structure 22 and Structures before the 22 because of how much softer its midsole is but it’s still an incredibly stable ride and one of the most stable neutral shoes you can buy.

The stability in the Structure 24 comes from its wide base and its built-up midsole on the medial side which prevents excessive inward ankle rolling. Footstrikes feel very planted and I prefer this modern, less intrusive method of stability than firm, poky medial posts.

I have 80 kilometres on my pair and it looks unblemished which is very impressive. Outsole durability is always a strength of Nike running shoes.

Unlike the Vomero 16, the Structure 24 has 3 flex grooves on its forefoot which helps with flexibility and makes the ride feel more relaxed. It also has a large teardrop-shaped cavity under its heel which saves weight and increases heel cushioning.

Grip is excellent on all types of terrain in both wet and dry conditions because the blown rubber on the midfoot and forefoot are softer than other types of rubber that Nikes uses.

The Structure 24’s upper is reminiscent of one found on a max-cushioned trainer and is on par with the Vomero 16 in terms of comfort. I feel that the padding is slightly excessive and that a lot of weight could be shed if it was more minimal.

It has a stout internal heel counter and a plush heel tab which provide a good, secure heel lockdown. The inner lining of the trainer is smooth and won’t irritate you if you don’t wear a sock.

The easiest way to tell the difference between the Structure 23 and 24 is the engineered mesh used. It no longer has small perforations on the midfoot and on top of the toe box. Instead, the mesh is smooth so it feels more streamlined.

The fit is still true to size and suitable for wide feet because its forefoot and midfoot are so accommodating.

Last year, while testing the Structure 23, I thought that it was only good for slower-paced, easy or recovery runs. This year, I intentionally took the 24 out on faster-paced runs (between 4.30 and 5 minutes per km) and its performance was stellar. The Structure 24 is much more versatile than I thought.

It has a plush, comfortable upper with good foot lockdown, a highly cushioned midsole which is very balanced and a resilient outsole. It’s also $60 cheaper than the Invincible Run which is an exceptional bang for your buck.

The Structure 24 is the same price as the Pegasus 38 but is more comfortable and more stable so I’d choose the Structure over the Pegasus even though it’s the heavier shoe.

Like the Vomero 16, the Structure 24 is also built like a tank and will last a very long time. It has thick rubber on its outsole and its upper displays no signs of weakness.

As editorial policy, we do not accept free samples from companies.
We purchased this pair of Nike Air Zoom Structure 24 at Running Warehouse with our own money.

Visit ShopNike
This page contains affiliate links. As an Amazon Associate I earn from qualifying purchases.
WHERE TO BUY
LOWEST PRICE
$130
AVAILABLE ON SALE:Previous model $120