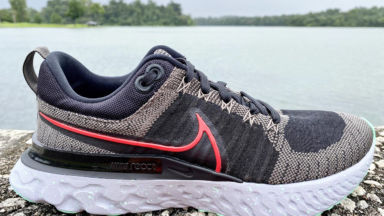 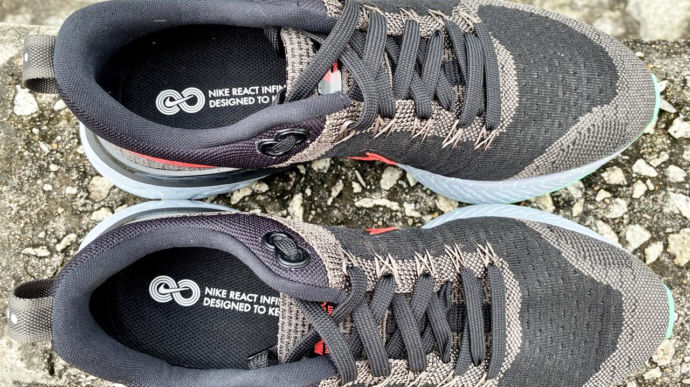 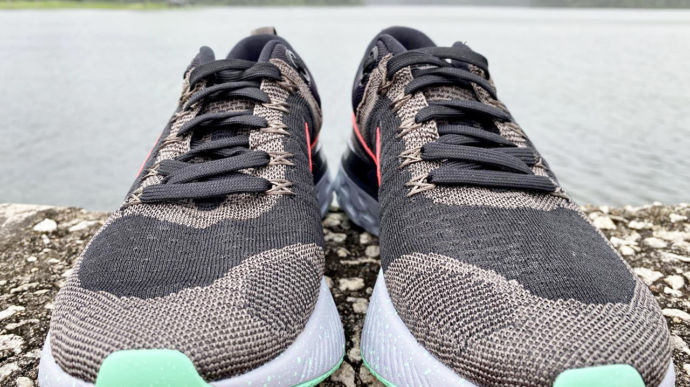 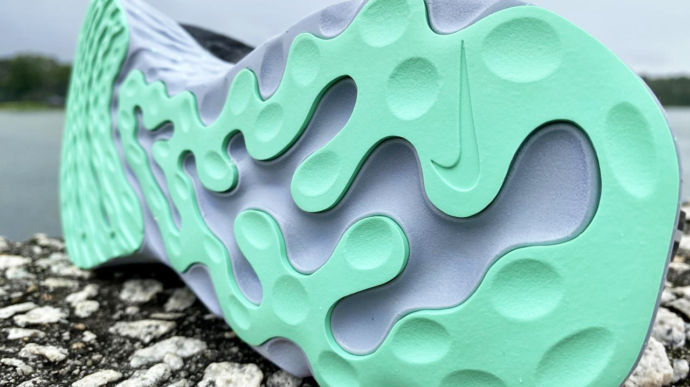 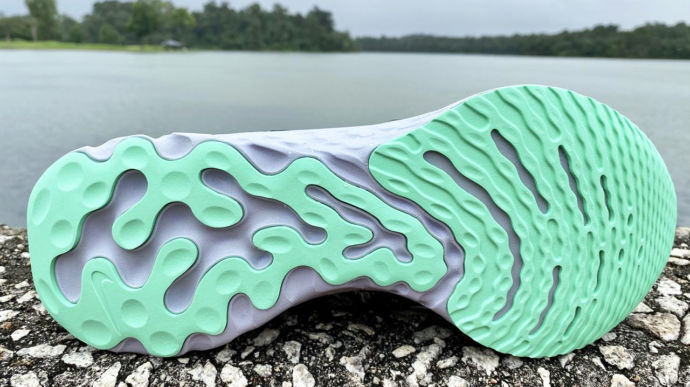 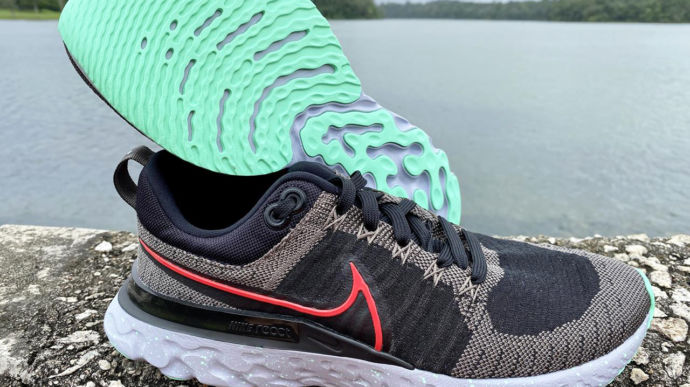 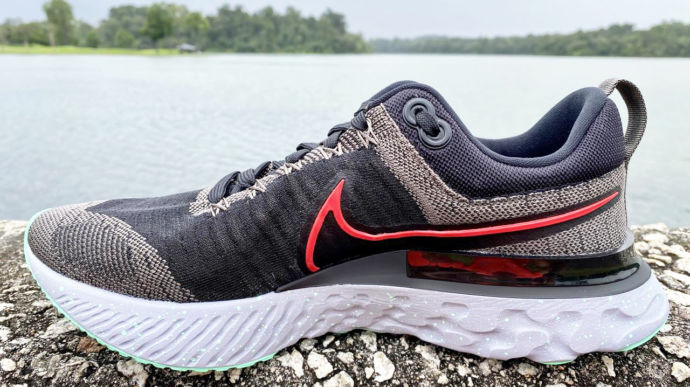 Over the past 12 months, I’ve noticed something really interesting on the roads: the most popular Nike running shoe is no longer the legendary Pegasus.

For years and years, the Pegasus has been Nike’s golden shoe: their default neutral road running shoe that runners picked up for its versatility and dependability.

The Pegasus 37 received one of the biggest updates to any previous Pegasus but it was a polarising shoe: some runners loved it, some hated it.

You just have to read the comments section at the bottom of Running Shoe Guru’s review of the Pegasus 37 to get an idea of how many runners were disappointed with the Pegasus 37.

Enter the React Infinity Run Flyknit. Launched in January 2020, it was everything that the Pegasus wasn’t: its midsole was softer and more cushioned, transitions were smoother and the fit wasn’t as narrow.

Sure, the React Infinity Run was a lot more expensive than the Pegasus at launch but now the cost has come down considerably.

You just have to take a trip to your local Nike factory outlet to see that you can get the React Infinity Run for even less than a Pegasus.

The first version of the Infinity Run did suffer from one big flaw that prevented it from being truly great: it had subpar foot lockdown, resulting in heel slippage and even blisters in some cases.

The heel slippage limited its versatility and made the React Infinity Run Flyknit only suitable for straight-line running at relaxed paces.

I really enjoyed the ride of it but I couldn’t understand how with so much testing, Nike still let the shoe launch with such a big flaw.

So what’s new on the Infinity Run Flyknit 2? It maintains the same midsole and outsole but gets a brand new upper which is more padded and closer to a traditional performance upper.

Its weight has increased by 0.3 oz but it still has the same price and the same drop.

When pictures of the Infinity Run Flyknit 2 leaked months ago, the new design wasn’t a surprise at all.

Nike has been known for only updating the midsole and outsole every other year, so seeing only an upper change on the sequel was very predictable.

When I saw the first colourway closer to the launch date, I was not impressed. The brown two-tone upper was reminiscent of a thick Winter sweater.

Since then, after getting them in hand, the design has really grown on me. If you look closely, you can see the pastel green flecks which is a nice detail.

When trying on the shoe for the first time, the new upper was like a breath of fresh air. It felt thicker with the extra padding, more comfortable and more foot-conforming.

The arch sensation was still there. If you’re new to the React Infinity Run, the prominent under arch sensation might come as a shock but the sensation disappears as soon as you pick up the pace and start running in them.

On my first run in the Infinity Run Flyknit 2, I thought to myself that this is now a performance running shoe. It felt so much more polished. The lockdown was secure, and there were no hotspots.

This is the shoe that Nike should have launched last year.

The Infinity Run Flyknit 2 has the same midsole and outsole as its predecessor so the ride is identical.

The React used in the Infinity Run Flyknit 2 is a unique type of React. In other shoes like the Zoom Fly 3, the Pegasus 37 and the Miler, React feels noticeably denser with less give.

The React in the Infinity Run Flyknit 2 has a soft squish underfoot and is still one of the softest, most cushioned Nike trainers you can currently buy.

For me, it makes an excellent daily trainer for easy runs. It’s also capable of going long distances over 30 kilometres because of its deep cushioning.

The Infinity Run Flyknit 2 can also pick up the pace if you need it to because its high level of cushioning is not the mushy kind.

I did a VO2 Max test in them and was asked to run at fast speeds around 3.40 per kilometre and it was easily doable in the Infinity Run Flyknit 2.

For a shoe that was originally marketed as a stability replacement for the Nike Structure, the Infinity Run Flyknit 2 feels unstable going around tight corners due to its high midsole stack height.

I found myself having to slow down when cornering because of the instability. It’s super soft midsole results in lean bias which you don’t get in firmer shoes.

There’s no Zoom Air in the Infinity Run Flyknit 2 which I think works in its favour.

In other Nike shoes like Structure 23 and the Vomero 15, the Zoom airbags are very prominent and can even feel lumpy which is the case with the Structure.

In the Infinity Run Flyknit 2, there’s a feeling of fluidity and smoothness in ride transitions which are absent in Zoom Air shoes.

The outsole uses a soft, flexible type of rubber which doesn’t have any lugs. This setup increases durability by spreading the wear over a larger surface area.

The entire forefoot is covered in rubber with some narrow grooves to help the shoe flex. The midfoot and rearfoot have wide, deep channels between the rubber to help save some weight.

The most wear and tear I’ve seen on my pair is on the sides of the outsole where there isn’t any rubber coverage but overall I’ve been satisfied with the durability of the Infinity Run Flyknit 2.

Traction is acceptable on dry surfaces but a little slippery on wet grass, tile and wood.

Gone is the hard, plastic-feeling Flyknit loft and in comes a more traditional Flyknit like one you’d find on a Nike Free RN 3.0 which is softer and thicker than Flyknit loft.

Flywire cables are now implemented for better midfoot lockdown which the previous version lacked. These cables are much more effective than the uncomfortable Flywire straps used on the Pegasus 37.

My favourite part of the upper is the new collar is now padded and doesn’t come up as high so I was able to go sockless or wear low socks with it without any chaffing occurring.

The upper is no longer a bootie construction and the tongue is now padded. It’s sleeved so no tongue slide occurs.

If you sized down in the previous version, go true to size this time round. There is less space in the forefoot because the heel counter is now padded, so it pushes your foot further forward.

There’s still a heel pull tab and it has reflective lines printed on it for night visibility.

Now that the Infinity Run Flyknit 2 has had its biggest flaw fixed, it can be considered a serious performance daily trainer.

Its price is unchanged at $160 which I think is still too expensive for a daily trainer. It should be $10 cheaper at least to match the price of other max-cushioned trainers.

If you were to ask me to choose any Nike shoe for training, I’d choose the Infinity Run Flyknit 2.

I think it’s the most complete shoe in the Nike running lineup. It now has the comfortable, padded upper you expect from a daily trainer, the soft, cushioned midsole for long-distance cruising and velvety ride transitions which make runs more enjoyable.

Move over Pegasus, there’s a new default in town.

We purchased a pair of Nike React Infinity Run 2 from runningwarehouse using our own money. This did not influence the outcome of this review, written after running more than 50 miles in them.

Visit ShopNike
This page contains affiliate links. As an Amazon Associate I earn from qualifying purchases.
WHERE TO BUY
LOWEST PRICE
$160
AVAILABLE ON SALE:Previous model $87