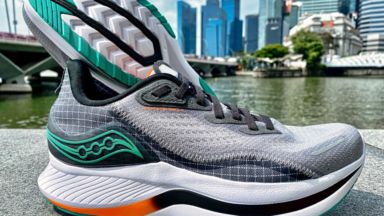 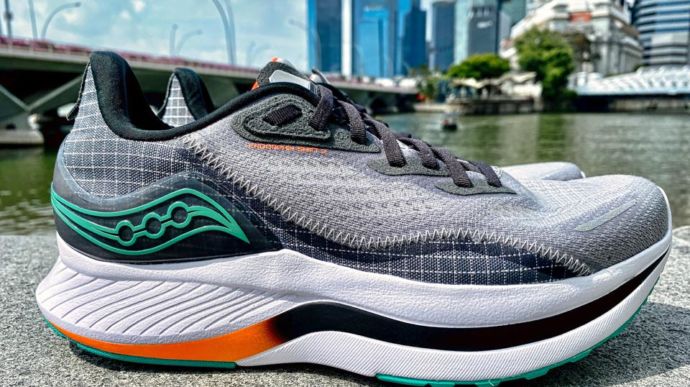 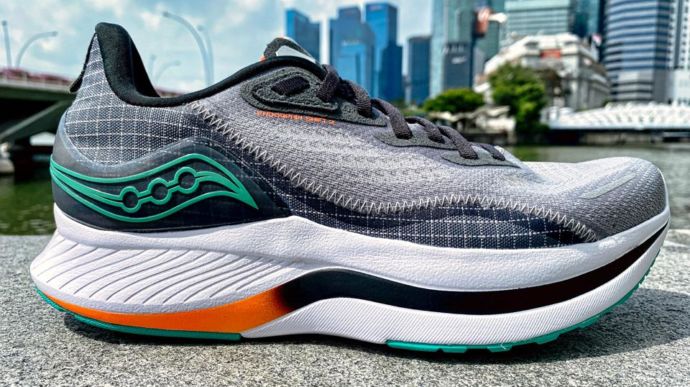 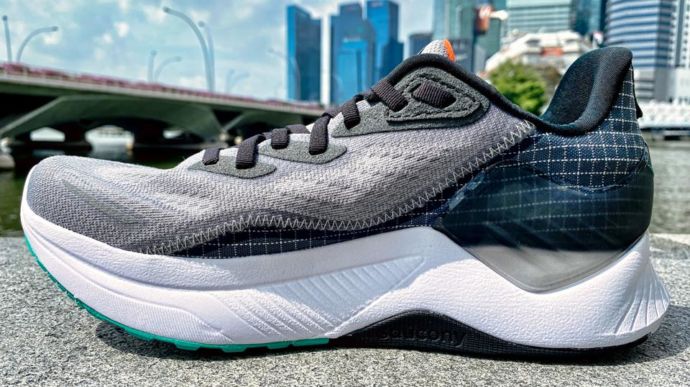 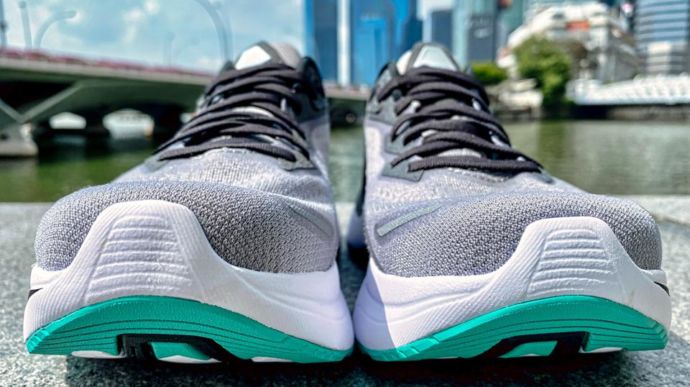 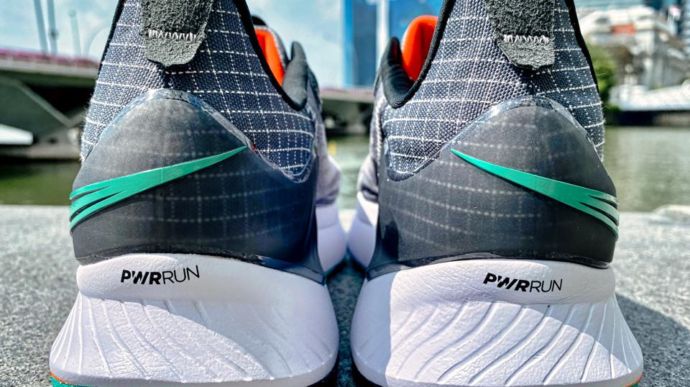 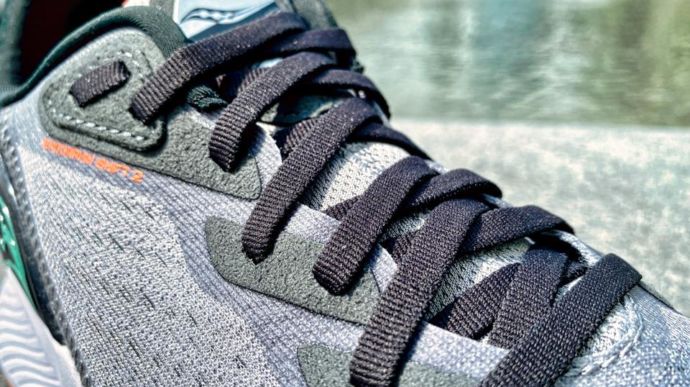 The Saucony Endorphin Shift 2 is a stiff, maximum stack, max-cushioned trainer which excels at easy, long-distance runs but can also handle faster runs thanks to its effortless, forward-rolling midsole. Version 2 is only a minor update with a new, more breathable upper and a snugger fit.
WHERE TO BUY
LOWEST PRICE
$112
SHOE INFO
Saucony
Brand
Endorphin Shift 2
Model
Cushioning
Type
10.4 oz. (295 gr.)
Weight
140.00 US$
MSRP
38 mm
Heel
34 mm
Toe
4 mm
Heel Drop
Endorphin Shift
Previous model
WHO IS IT FOR
If you're looking for a training companion to the Endorphin Pro 2 and you find the Endorphin Speed 2 too unstable or not snappy enough, the Endorphin Shift 2 is a great choice for a daily trainer.
Help me choose

The Endorphin Shift is the plateless, non-Pebax daily trainer built to handle slower-paced runs better than its speedy counterparts, the Endorphin Pro and Speed.

The Endorphin Pro is a remarkable shoe: it’s the perfect combination of comfort and spring-board propulsion with exceptional durability for a super shoe.

However, I’ve never been a big fan of the Endorphin Speed. The Speed is designed to be the training companion of the Endorphin Pro but I find the nylon plate in the Speed too floppy and flexible. It has a completely different ride to the lighting-fast Pro and I find it difficult to pick up the pace in the Speed.

The Endorphin Shift 2 is only a minor update. It maintains the same midsole/outsole combo but with a new, more streamlined upper. It weighs 0.3 oz (8.5 g) more than its predecessor and it costs the same.

My first run in the Shift 2 was a 16 km easy run which I enjoyed a lot. My first thought while running was that it reminded me a lot of the Adidas Boston 10 .

Both trainers have a jumbo thick midsole with a stiff forefoot but the ride of the Shift 2 felt softer than the Boston 10 and foot lockdown was also much better in the Shift 2.

The Endorphin Shift 2 felt comfortable at easy paces and there were also portions of that initial run where I picked up the pace.

The Endorphin Shift 2 felt great right out of the box with no break-in period needed and it felt much lighter than its actual weight.

The Endorphin Shift 2 is a maximum stack, max-cushioned trainer which feels like a super shoe when you’re running in it but without the light super foam midsole.

The PWRRUN midsole of the Endorphin Shift 2 feels like regular EVA foam which doesn’t provide much energy return but it also doesn’t feel outdated because of its midsole geometry.

It has SpeedRoll technology which is basically a high toe-spring rocker that makes the ride feel more efficient and energy-saving over long distances.

During my long run in the Endorphin Shift 2, it was easy to get into a rhythm and hold it at a steady pace for long periods of the run.

A pancake-thin PWRRUN+ topsole which is made of TPU foam is situated directly underneath the insole of the Endorphin Shift 2. This topsole provides extra energy return and extra cushioning.

I found the Endorphin Shift 2 best suited to easy runs or steady runs slower than 5 minutes per kilometre because of its substantial 10.4 oz (295 g) weight, however it can do faster-paced runs without much effort because of its SpeedRoll technology.

The Endorphin Shift 2 has a low 4 mm drop which might put some runners off but in my time of testing, I never once had stiff Achilles or calves.

On the outsole, strategically placed XT-900 rubber is found on the perimeter of the forefoot and on the high wear areas on the heel.

The outsole rubber sits flush with the midsole foam so the outsole is full ground contact and ride transitions are very smooth.

Similar to the other members of the Endorphin family, traction in the Endorphin Shift 2 is also fine on dry surfaces but slippery on wet surfaces because it lacks protruding lugs.

The excellent upper of the Endorphin Shift 2 is made from a breathable engineered mesh which is so porous that you can see your socks through the toe box.

The tongue of the Endorphin Shift 2 is lightly padded and gusseted so there is no tongue slide during runs and the top of your foot is protected from lacing pressure.

A large, thick external TPU heel clip provides heel support and stability to help with the high midsole stack height so footstrikes feel very planted and I experienced no heel slippage when I used a runner’s knot.

The fit is definitely true to size and the midfoot and forefoot are spacious enough for runners with wide feet.

I had absolutely zero problems with the upper of the Endorphin Shift 2. I found it comfortable with great foot lockdown and good ventilation in the front of the shoe.

The Endorphin Shift 2 is an underrated shoe in my honest opinion and I enjoyed it a lot more than the Endorphin Speed 2 because of its higher level of stability, cushioning and versatility.

The stiff forefoot of the Endorphin Shift 2 combined with SpeedRoll make the trainer feel dynamic and efficient, especially on long runs over 30 kilometres.

The upper of the Endorphin Shift 2 is flawless and it’s comfortable to wear on long training runs over 5 hours in duration. A PWRRUN+ topsole also provides extra cushioning and energy return.

However, the one weakness of the Endorphin Shift 2 is its low level of outsole durability so if you’re hard on outsoles like I am, the shoe just won’t last as long as other daily trainers with thick rubber outsoles.

The Endorphin Shift 2 also somehow managed to pick up weight even though its upper is more breathable and it has a snugger fit than its predecessor.

As editorial policy, we do not accept free samples from companies.
We purchased this pair of Saucony Endorphin Shift 2 at Running Warehouse with our own money.

Visit ShopSaucony
This page contains affiliate links. As an Amazon Associate I earn from qualifying purchases.
WHERE TO BUY
LOWEST PRICE
$112
AVAILABLE ON SALE:Previous model $72