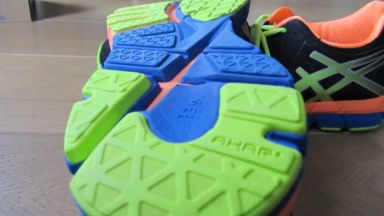 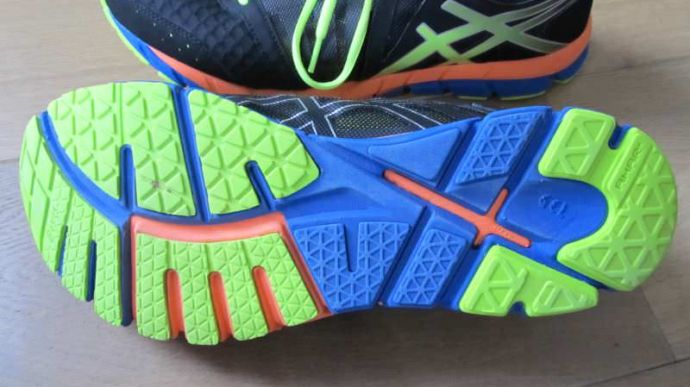 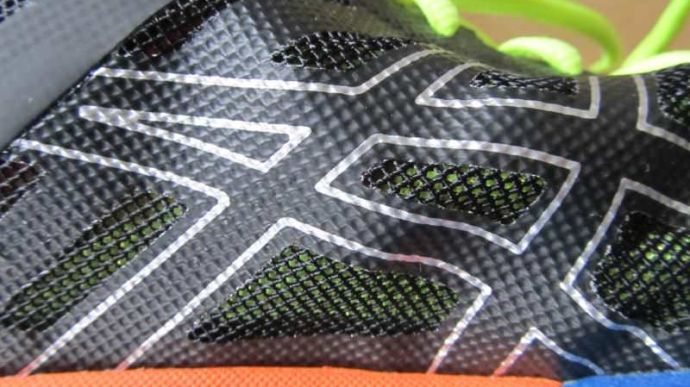 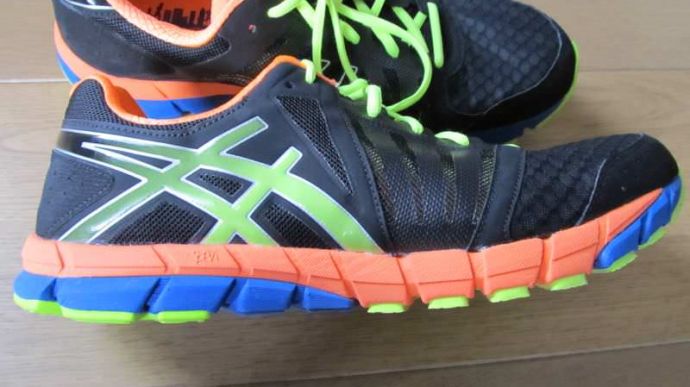 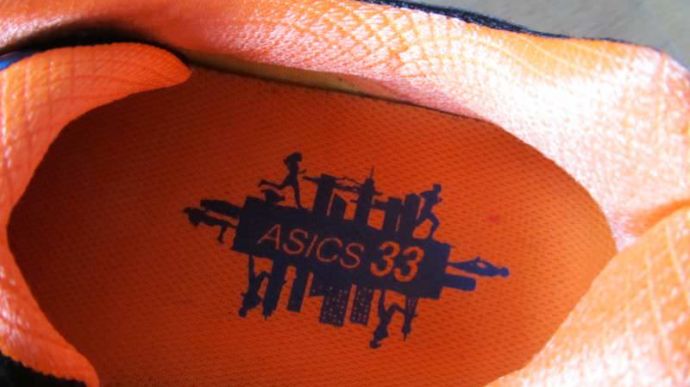 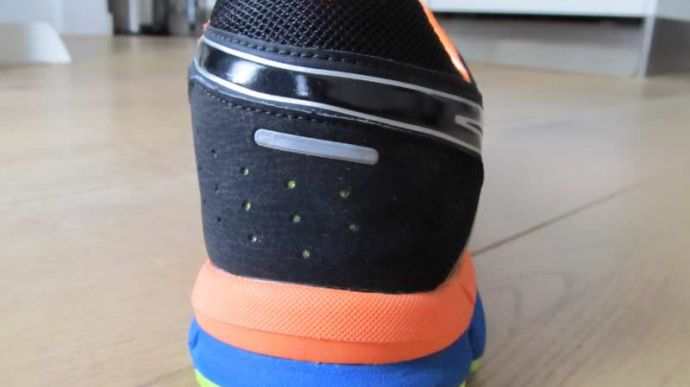 The Asics Gel-Lyte 33-2 is a a very good shoe that was engineered to help runners improve their running form. We're glad that Asics introduced a different take on the natural running debate.
WHERE TO BUY
LOWEST PRICE
$100
SHOE INFO
Asics
Brand
Gel-Lyte 33 II
Model
Lightweight
Type
9 oz. (255 gr.)
Weight
100 US$
MSRP
Gel-Lyte 33
Previous model
WHO IS IT FOR
Fast, experienced runners as an aid to strengthen muscles and improve form or for neutral runners as a fast-workout shoe.
Help me choose

The Gel Lyte 33 2 is Asics’ newest entry in the 33 collection and their first deliberate step into what they call Natural Running. The 33 collection is a range of running shoes that are aimed at improving runners’ gaits, form and strengthening feet muscles and joints in the process.

The Lyte 33-2, like its predecessor, is a very flexible, lightweight shoe. But the similarities might end here.

Weighting only 9 oz. for my size 11 US foot, the Lyte 33-2 is a very lightweight shoe considering it has a very decent amount of cushioning. I was first introduced to this shoe at a press event in Berlin where we met many people in the Asics team who explained the concept to us, and had a chance to test-drive them on a track during a “natural running clinic”.

Given the enthusiastic presentation we were given, expectations were high for this shoe and I was really excited to try them on. I loved the upper fit right away, but I was skeptical about the sole technology. I am a naturally heavy overpronator when i heel strike and walking around with the Lyte 33-2 I immediately thought: “Wow! This is accentuating my over-pronation, I can never run in these shoes!”.

Luckily the experience on the track that same afternoon, and on the road in the following couple of months was very different.

The concept around which the Lyte 33-II has been built is called FluidAxis. This is a new and definitely unseen before flex groove (deeply carved in the midsole and outsole of the shoe) that is better explained by looking at the picture below: 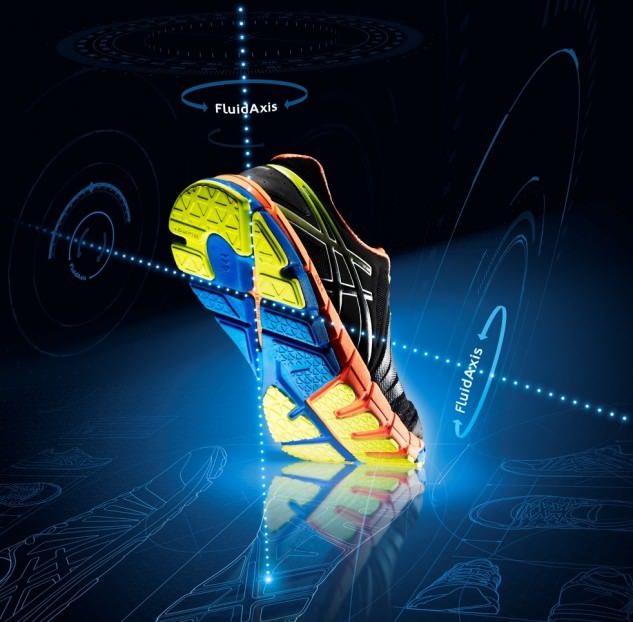 As you can see, the FluidAxis groove cuts through the shoe not longitudinally but somehow transversally. The idea is that running shoes take into account only the movement of the ankle, that flexes the foot up and down. But never before shoes have taken into consideration the movement of the subtalar joint, which moves the foot from side to side and is responsible for pronation and supination .

The shoe has a 6mm heel to toe drop and is meant for faster training for runners that are efficient and want to train natural running.

I will touch more about this during the conclusion.

The midsole is well cushioned. There is a Gel unit in the heel and the midsole itself is made of foams of different densities in order to be softer on the footbed to protect from shock and harder on the surface to provide tactile feedback and increase responsiveness and speed.

While the outsole is the main new element of the Gel Lyte 33-2, the upper is probably the most comfortable I have experienced in a while. Heel is well locked-in, midfoot is hugged and the tobox gives toes room to wiggle. I wear mine without socks.

The heel does not have an heel-counter or other systems normally used. I believe it is just the right form and material choice that secures my heel in position. The midfoot has a saddle that attaches to the tongue and keeps the foot in place.

There’s virtually no overlays on the upper, exception for the Asics logo and four ultra-thin strips that go from the eyelets to the midsole. The mesh used is very light (you can see your fingers through it if you put them in the shoe. It’s quite chilly to run in the winter (especially without socks) but it does contribute to the lightweight feeling.

The Gel-Lyte 33-2 is a great shoe, but it’s important to understand that it is not a daily trainer and at the same time it is not a minimalist shoe.

I am a relatively tall (6.2) and heavy (180 lbs) runner with flat feet. My gait is not elegant and my foot overpronates heavily. What has improved my gait is survival instinct: by running in the wrong way, I quickly develop pain. For this reason, I naturally land on my midfoot and due to a peroneal tendon injury I am training myself to land on the forefoot. I used to mix shorter, forefoot driven runs in shoes like the Nike Elite with my long distance runs in support shoes such as the Nike Structure, Brooks Ravenna and Asics GT.

I also used to run often in the Nike Free which is the shoe that is conceptually most similar to the Gel-Lyte 33-2. Even though the use is similar (promoting a more natural movement in order to strengthen your muscles and improve your form), the feeling while running is very different. The sole of the Gel-Lyte 33-2 flexes in a way that is unlike any other shoes you have tried. When you hit the pavement, your arch will collapse and there’s no way around it. When you go through the gait, your foot supinates again and you push off in the right position.

I really enjoy my running with this shoe and it has become my go-to shoe for shorter runs and speed workouts. I wear the Gel-lyte 33-2 when i plan to run on the forefoot all the way through and I will be definitely be rocking it during races next summer.

We thank Asics for sending us a pair of Lyte-33 2 for wear testing. This did not influence our review of the shoe, written after running more than 50 miles in them.