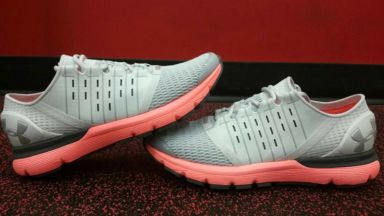 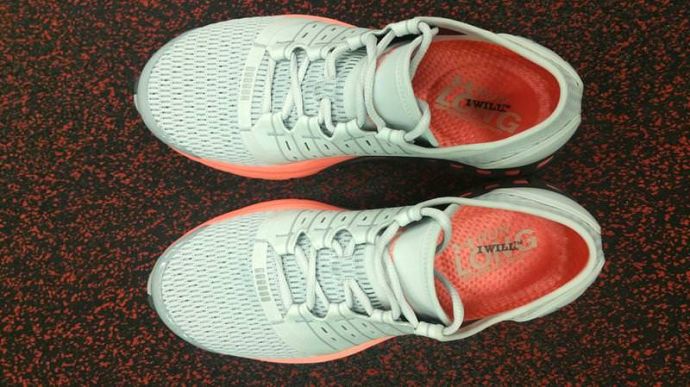 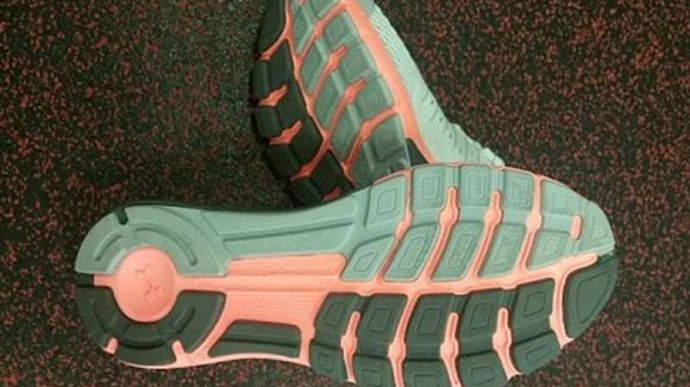 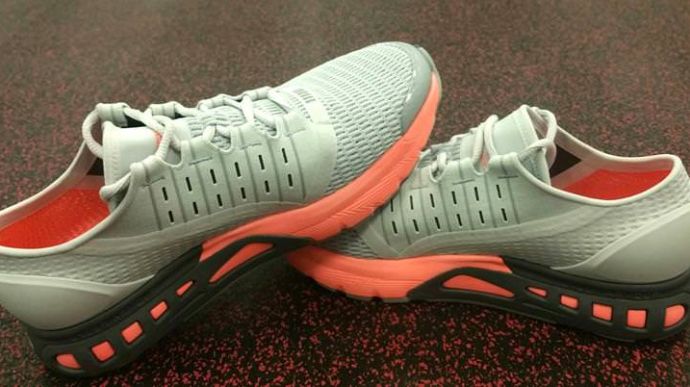 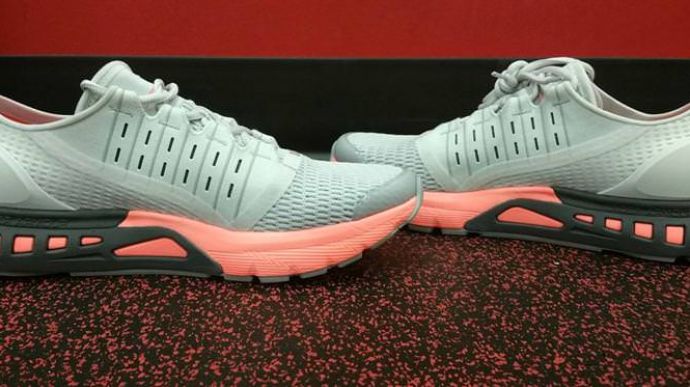 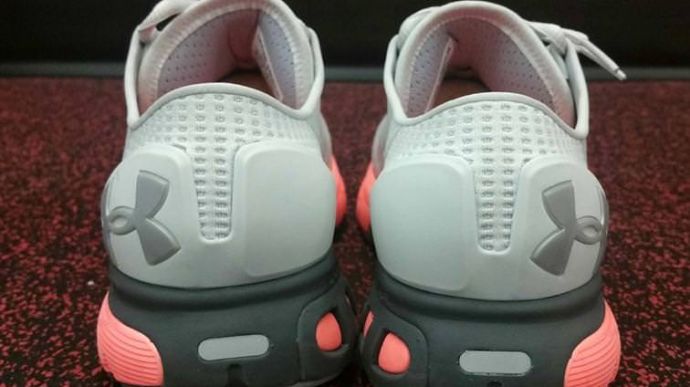 Under Armour SpeedForm ® Europa brings a new feel to the low-moderate stability shoe category with a uniquely minimal, customizable upper on top of compressed rubber with traditional medial posts.

It offers an invigorating, no-nonsense feel for both speedwork and long runs but isn't my top choice for either.
WHERE TO BUY
LOWEST PRICE
$129
SHOE INFO
Under Armour
Brand
SpeedForm Europa
Model
Stability
Type
10.4 oz. (295 gr.)
Weight
129 US$
MSRP
8 mm
Heel Drop
Jan / 2017
Release Date
WHO IS IT FOR
This is a great shoe for beginners and low to mid mileage runners with its drop height of 8mm. giving it an all-around "normal" feel, the stability apparent but not excessive.

I like it for workout days that combine running intervals mixed in with strength work since I don't want to be changing shoes back and forth.
Help me choose

“Europa” pulls from Greek mythology, and the upper happens to remind me of Nike Odyssey‘s wrap-around fit that is shallow yet has more give to it than say, Kayano 23, which I’d call “snug.”

I still labeled Odyssey 2 as such, but the unbridled mesh of Europa’s toebox coupled with its medium width keeps me with “close-fitting with stretch in the toebox” to describe it.

If you have a medium-width foot and broad toes, Europa’s toebox would feel nice and snug (“nice,” if you like that sort of thing), similar to my long, skinny peeps in Odyssey.

The shoes’ upper construction with loops for the laces allow for similar customization of upper lockdown based on runner preference.

Overall in ride and feel, Europa is strikingly similar to Brooks Ravenna 8 with the former being wider in the toe, narrower in the heel, and slightly more stable and the latter maintaining a softer yet thinner midsole.

Under Armour Europa – Medial Side

It feels most similar to GT-2000 and Ravenna 8 due to similar drop heights from heel down to forefoot of 8mm, 10mm, and 10mm respectively (my “sweet spot” range), with Europa and Ravenna offering a more smooth transition.

GT-2000’s higher stability is about proportional to its heavier weight, .7 oz. from Europa in my measurement of women’s 9.5, with Ravenna right in between.

Out of the box this shoe intrigued me with its comfortable sockliner merged with a compact upper in fit and appearance, which added to the lightweight feel of the shoe.

Under Armour isn’t afraid to try new things, or perhaps as this shoe’s name suggests, attempt to merge ages-old insight with modern technology.

This is what I get from the apparent simplicity and ride of Europa, but the detailed features betray research and design.

Europa joins UA’s young stability line up of Charged Bandit 2 (road), Charged RC 2 (competition) and Verge Low GTX (trail) as a shoe that the brand says is designed for runners in need of extra stability.

The shoe’s control comes in part from Europa’s wide forefoot sole unit. It’s as wide as HOKA Arahi in the front (with a wider upper to match, unlike Arahi) yet more narrow in the heel, contributing to a nicely snug heel fit.

Not being as wide in the heel does not seem to hinder pronation control, however. (More on that is discussed in the upper and sole sections.)

The internal length fits short, which is ok for me, but if you like extra length beyond your big toe.

I think you’ll be happier with adidas Supernova (a lightly stable neutral shoe) or Supernova ST (my next review coming, same shoe with more structure)—or ordering up a half size if you can handle the increased width as well.

As mentioned above, Europa’s blown rubber forefoot is wide as it angles outward to control pronation; it’s also a touch soft yet responsive for a firm toe-off.

Flex grooves in the forefoot outsole aid the shoe’s flexibility.

The embedded sockliner feels great initially but does compress noticeably by about 10 miles into a run, completely flat by 15 (similar to Odyssey’s which was 6 miles).

The Charged Cushioning® midsole meets the claim of being responsive (energy applied is projected, not absorbed), and the outsole seems surprisingly durable given the light weight of the shoe.

Under Armour built this shoe with an upper that locks the heel in place and braces against overpronation with external TPU heel counters that allow room for Achilles comfort—they really cup the heel impressively!

I’ve never done this before, but I copied those descriptors from UA’s website because the shoe matches their claims so precisely!

The slimmed-down upper really does “eliminate the distraction” of foot movement inside the shoe with every step and of excess material riding on the foot.

I prefer the more structured toe box in ASICS stability shoes, but since UA matches their claim so well, I find their innovative, thin-yet-supportive upper to be my favorite aspect of this shoe.

Oh, and the minimal material contributes to its lightweight ride, with Arahi (by .7 oz.) and Vongo (by .3 oz.) being the only lighter stability shoes I’ve tested (based on my own measurement).

Europa hails to Greek mythology but brings in materials that conform to the foot to provide support and cushion that the ancients could only fable.

Since the (somewhat) soft underfoot compresses into long runs, which loosens the fit and firms the impact, it isn’t my favorite choice for that workout, but it’s a good all-around-the-gym shoe and is a sufficient low-moderate stability running shoe.

For approximately $30 more, Europa can be ordered with record-equipped technology that tracks, analyzes and stores virtually every running metric for your evaluation.

It’s also the first smart shoe to use a Jump Around test to help you rate your fatigue level to decide on the day’s intensity.

The construction seems a bit “rickety” as I can feel the line where the left shoe’s upper meets the sockliner along the medial toe box, but it is otherwise a solid-feeling shoe with the outsole promising durability.

I really liked most aspects of the upper and found the sole unit to be stable and adequate yet not remarkable. Have you run in UA shoes before? What did you think?

We thank the nice people at Under Armour for sending us a pair of Europa to test. This did not influence the outcome of the review, written after running more than 50 miles in them.