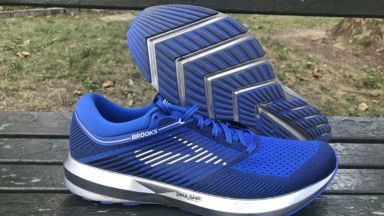 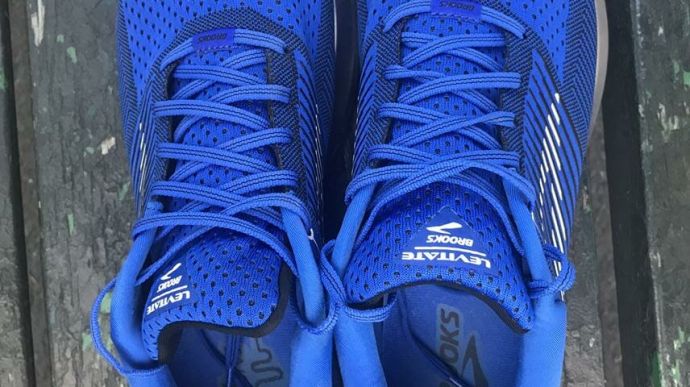 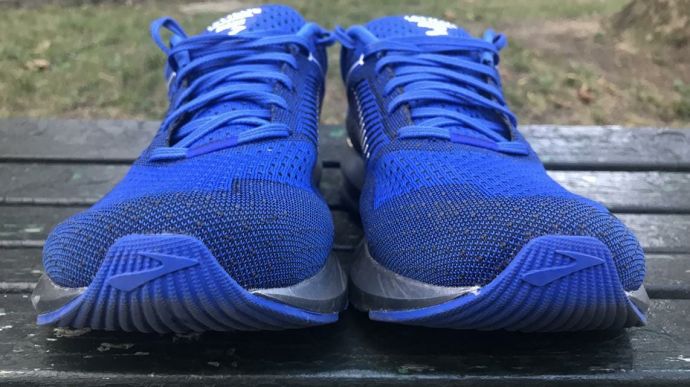 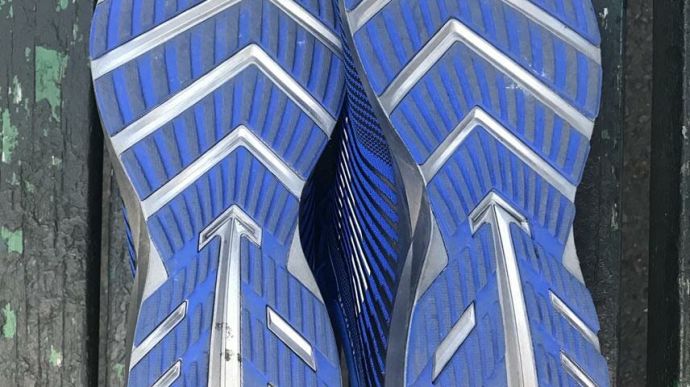 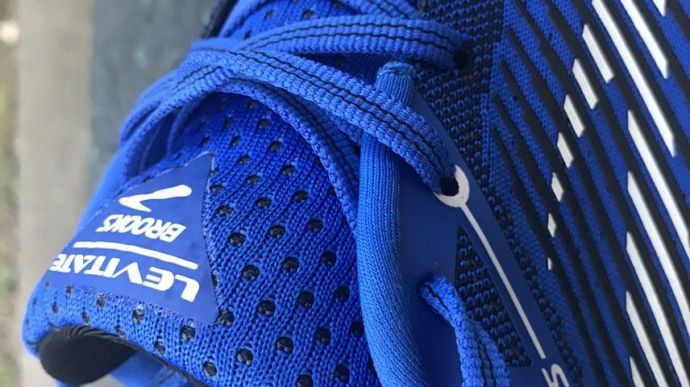 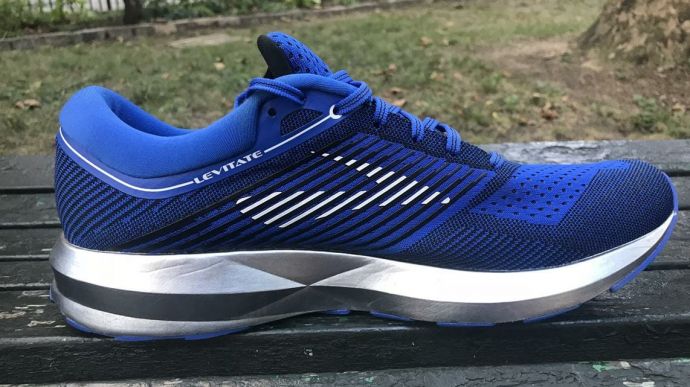 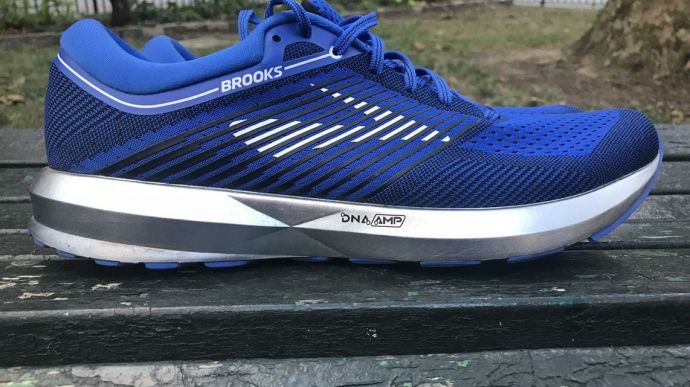 The Brooks Levitate is a new trainer, and the first by Brooks to use their DNA AMP midsole. The shoe promises to give ‘endless energy’ to the runner due to the new midsole material but falls short on its promises, delivering a comfortable albeit heavy trainer.
WHERE TO BUY
LOWEST PRICE
$59
SHOE INFO
Brooks
Brand
Levitate
Model
Cushioning
Type
11.30 oz. (320 gr.)
Weight
150 US$
MSRP
8 mm
Heel Drop
WHO IS IT FOR
Beginner runners who want a durable and firm feeling shoe that will last for miles on end and fit comfortably from the first step.
Help me choose

Experience Infinite Energy. That’s the tagline that Brooks Running uses to describe their newest premium addition to their running lineup.

The Brooks Levitate is a daily trainer featuring the new DNA AMP midsole that promises to provide the runner with a higher energy return and a run full of this infinite energy.

Brooks Running is happy to point out that to get to the Levitate is the child of nine rounds of development and seven rounds of wear testing to develop the highest energy return of leading performance running shoes.

Endless energy was the goal of testing and the Brooks Levitate was used on a variety of runs, short and fast tempos, intervals on tracks, and long runs over 20 miles.

All of these runs had the attempt of measuring how Brooks fared in their new midsole, outsole, and upper designs, all to be covered later.

If there’s anything the marketing department of Brooks wants you to know, it’s that this shoe is all about endless energy, no matter what.

The Brooks Levitate sits within the ‘Energize’ silo of the Brooks running lineup, where else. For comparison purposes other shoes in this silo are the Launch and the Ravenna.

It is a daily trainer that has more spring than the Ghost, and is firmer than the Glycerin. This is meant to be the go-to top line Brooks addition.

What makes the Levitate so different then every other offering by Brooks Running is the new DNA Amp sole unit. It is the first Brooks Running shoe to have the chemistry company BASF Elastopan Sports Light Material.

BASF is the same company that uses a similar polyurethane blend to make Adidas BOOST and Saucony EverRUN midsoles. The Levitate focuses however on producing the most energy return possible however.

In order to understand the goals of this shoe, we need to address the design and intent of the Levitate as it relates to energy return. Well – what the heck is energy return anyway?

So when you are running, with every foot strike the midsole of a shoe compresses between your foot and the ground. The foot applies the force downward, and the ground upwards, with the midsole acting as an intermediary.

Ideally, your foot hits the ground; the midsole compresses and springs back up pushing the equal force back. Running would be completely effortless.

However, in reality there is a loss of energy within that running motion with every step taken. That loss is experienced in two forms, one is a horizontal compression of the midsole, and the second is a loss in the form of heat.

The heat loss is inevitable, the compression loss however Brooks found an opportunity. They wrapped the DNA Amp material in a more traditional TPU midsole material to limit the horizontal compression.

Therefore, your foot hits the ground and that energy can only go one place; right back up at your foot. Therefore; endless energy.

Unboxing the Levitate was a treat. It is a sharp looking shoe, with a striking blue colorway and a silver midsole. It just has the look of a premium running shoe.

Although picking it up for the first time the weight did feel a little concerning to be honest.

The first impression of slipping them on was fantastic with how plush and comfortable of an upper the Levitate has. The upper’s cushioning feels very soft and doesn’t apply any pressure even when tied tight.

The first run however raised a concern. It felt as if I was taking the Levitate for a ride rather then the other way around.

The toe-off was good and snappy, but the midsole just felt stiff and while heavy shoes can still be useful, combined with the stiff feeling it led to a concerning first run of the shoe’s endless energy promise.

As mentioned before, the Brooks Levitate features the new DNA Amp midsole material. Unlike any other midsole offered by Brooks, but similar to the material used within the Adidas BOOST and Saucony EverRUN midsoles.

By employing their own blend partnered with BASF, then wrapping the midsole in the traditional TPU material, the DNA Amp midsole is very difference than the competitor midsoles.

Where BOOST and EverRUN are softer of a feeling whereas the DNA Amp is a firmer ride. The durability of this midsole is one to be expected to last for a very long time however.

The Levitate’s outsole is one of the big highlights of the shoe without a question. The rubber is thick and plentiful to allow for a lot of traction and a good transition through a foot-strike.

Combined with the durability of the midsole, the Levitate will outlast most shoes in anyone’s running shoe arsenal.

I found as I continued to test the shoe I wanted to wear it to walk around in on a day-to-day basis because of that comfortable upper.

Brooks took a leap in promising the endless energy feeling within the Levitate and while it did fall short of that expectation, it is still an okay shoe.

The durability and comfort of the upper is a plus, but the weight and stiffness of this shoe lose it for me. I think most runners would happily handle one of those two negatives, but both might be too much.

Want a cushioned solid ride Brooks shoe, get the Ghost, want a responsive run forever shoe from Brooks, get the Launch.

I found the Levitate to be too heavy for a speed workout, too stiff for a longer or recovery run and just falling in the category of a shoe that will last forever and can be used in many different types of runs, just not exceling in any of them.

What surprises me most about the Levitate is how Brooks states that they went through seven rounds of wear testing with runners and ended up with the heavy-stiff combination.

I think DNA Amp could have a future in a lighter shoe that would allow for the responsive nature of the midsole to truly shine.

In the meantime, the Levitate is best off for beginners who are looking for a single shoe for everything that will last a long time and will be comfortable to wear around too.

We purchased a pair of Brooks Levitate from runningwarehouse using our own money. This did not influence the outcome of this review, written after running more than 50 miles in them.

Visit ShopRunningWarehouse.Com
This page contains affiliate links. As an Amazon Associate I earn from qualifying purchases.
WHERE TO BUY
LOWEST PRICE
$59