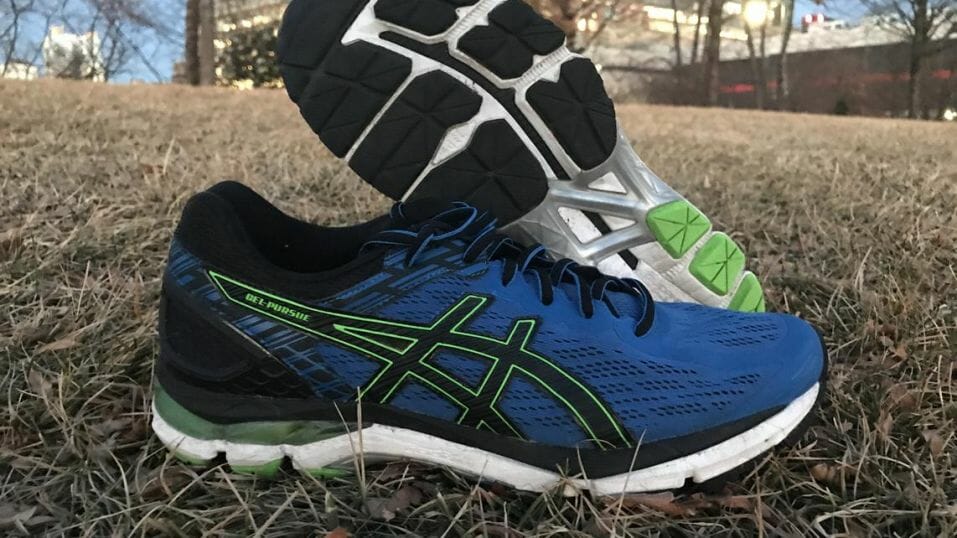 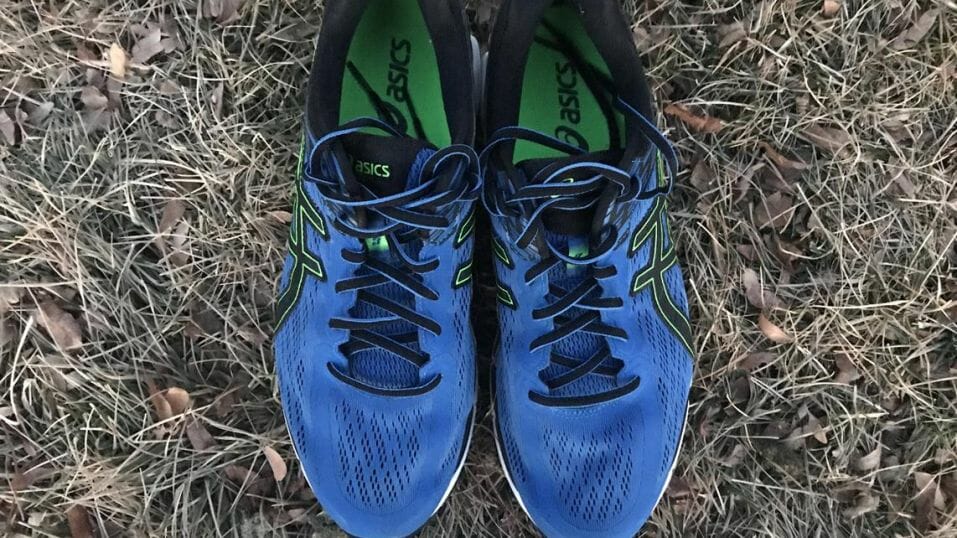 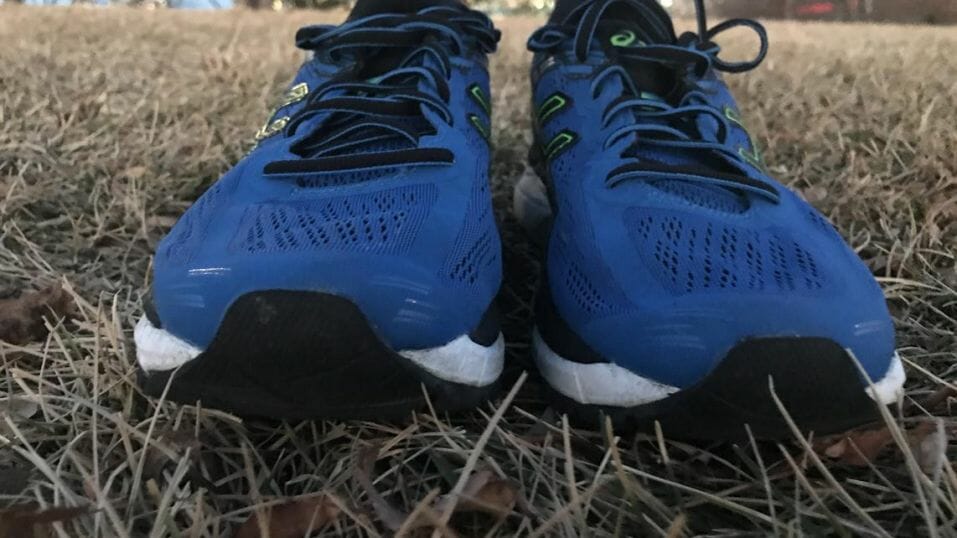 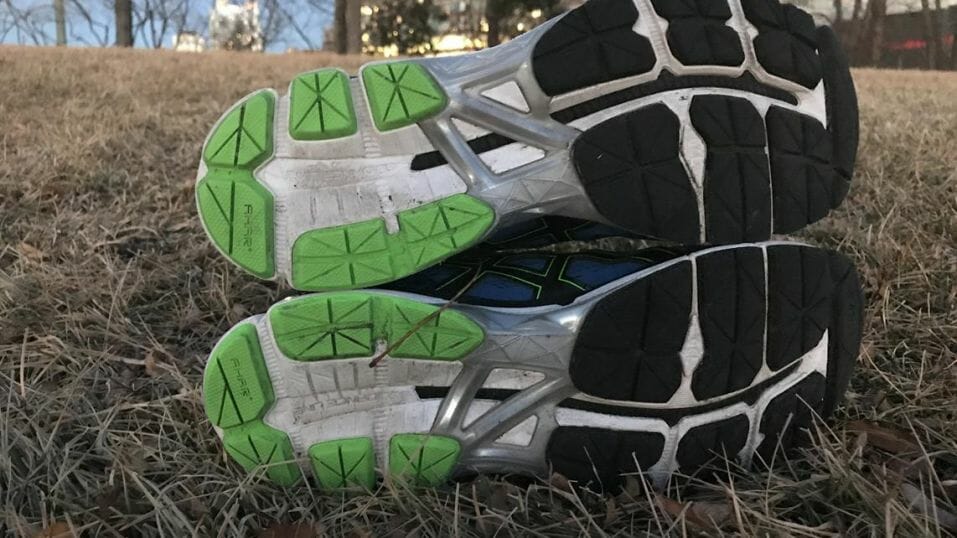 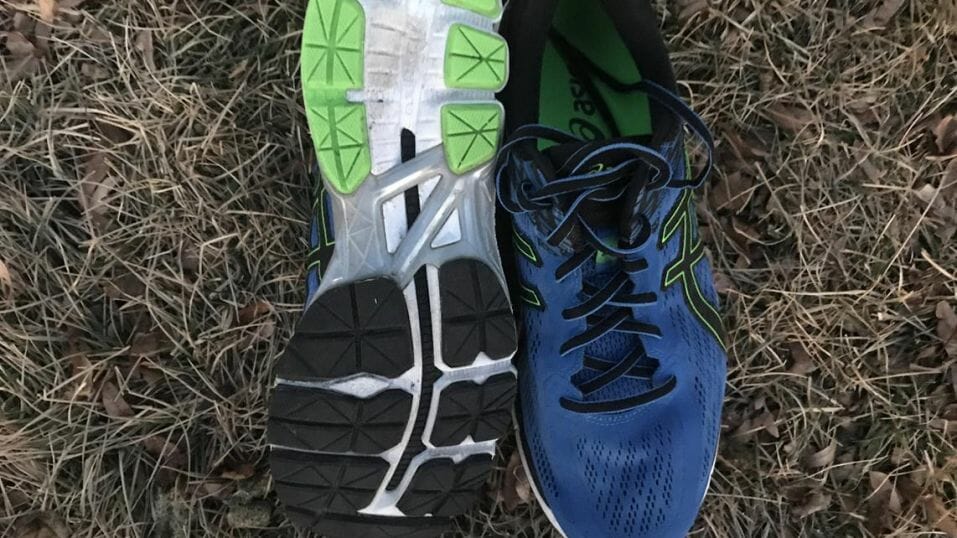 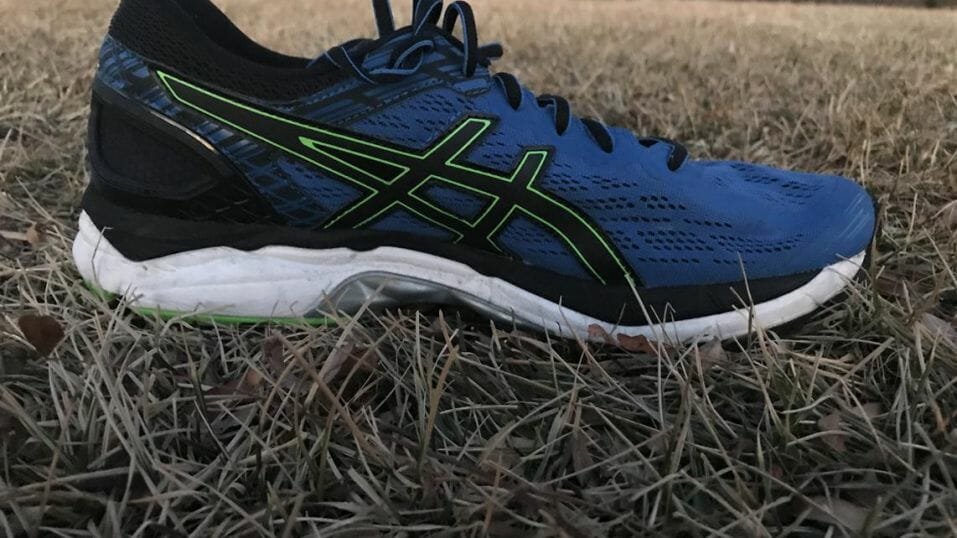 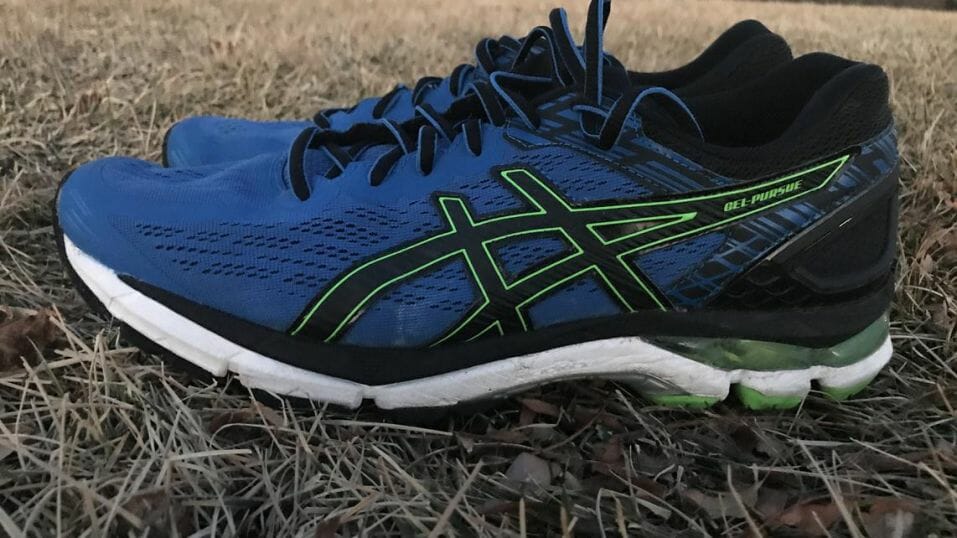 The Asics Gel Pursue 3 is a neutral shoe that can provide runners with many of the Asics features at a lower price. It is supportive and adds stability for the runner but falls short as a responsive snappy shoe.
WHERE TO BUY
LOWEST PRICE
$39
SHOE INFO
Asics
Brand
Gel Pursue 3
Model
Cushioning
Type
11.20 oz. (318 gr.)
Weight
110 US$
MSRP
10 mm
Heel Drop
WHO IS IT FOR
Beginner runners, Neutral runners looking for a touch of extra stability, and runners who want all the bells and whistles at a lower price.
Help me choose

The Asics Gel Pursue 3 is a trainer that exists as the entry level cushioned neutral road shoe within the Asics lineup.

It is cheaper than the Cumulus and Nimbus but still provide all the bells and whistles you’d expect from a premium Asics shoe.

What sets the Gel Pursue 3 apart from its competition is the extensive list of features that Asics packed into a $100 shoe.

Just to name a few of these listed product:

Some of these will be covered later in the review as they do directly affect the feel and performance of this shoe. Sorry but I will not be focusing on the Discrete Eyelets portion of the feature list.

The Gel Pursue 3 is a neutral version of the Asics GT 1000, and exists to compete with other brands neutral trainers such as the Nike Pegasus, Saucony Ride, and Brooks Ghost.

While the Cumulus truly competes with this list of neutral trainers, the Gel Pursue does differentiate itself by being lighter, less bulky, and having a firmer ride.

Immediately out of the box, the Gel Pursue 3 screamed it’s exhaustive list of features at you. The box itself as well as markings all over the shoe to indicate what you’re seeing and what that feature is called.

At very quick glance it looks like the Cumulus and the Nimbus and only after owning the Gel Pursue would I be able to tell the difference seeing it on someone’s foot at quick glance.

Immediately when putting the shoe on I noticed that it was a very snug fit. The midfoot tight and the forefoot shallow.

As someone who generally already sizes up half for their running shoes, it is rare to have such a tight fit in the toe-box. Any runner interested in the Gel Pursue 3 should be adding a half size up to their normal running shoe size.

The first run in the Gel Pursue 3 highlighted the benefits of this shoe fairly quickly. It has a cushioned ride, especially in the heel where the majority of the gel resides.

The Gel Pursue felt light however substantial enough for extended long runs and it provided additional support that is not normally present within neutral trainers.

Picking up the pace I found myself wishing for more responsiveness given the firmer feel and lighter weight compared to the Cumulus and Nimbus.

The Gel Pursue 3 sits on a midsole of what Asics calls FluidRide. It is a midsole made up of two layers, the bottom of which Solyte, and the top SpEVA. The combination of the two layers is supposed to create a lightweight but bouncy midsole material.

In the midsole under the heel is the Gel cushioning which helps make the material softer especially in the rearfoot. One of the key differences between the Gel Pursue and the higher end Asics options is the amount of Gel for that soft cushioning.

The outsole of the Gel Pursue is designed for stability and durability. The thick rubber on the outsole provides good traction and will hold up well over time.

The design and features seen here all contribute to what Asics calls the Impact Guidance System or I.G.S. for short. The idea is a series of design elements that when combined work together to provide stability and a natural feeling transition.

Looking at the bottom of the shoe you can see a line that separates out the segments of cushioning, this Guidance Line allows for the medial (inside) and lateral (outside) sides of the shoe to compress independently.

There is a plastic plate under the midfoot called the Guidance Trusstic System and it prevents the shoe from twisting in unwanted horizontal fashion.

Add in a plastic heel counter on the outside of the shoe and what the runner is left with is a some extra stability than most neutral shoes.

The upper of the Gel Pursue 3 is a seamless knit material with plenty of ventilation for breathability. The laces are sufficient in length and the tongue did not slide during testing. However the seamless upper was found to be tight, especially in the mid and forefoot.

For a shoe with so much packed in, there is a limited number of features to the upper. It is a quality made upper with no irritations or comfort issues.

The Asics Gel Pursue 3 is an all around good shoe. It provides a lot of the Asics brand features at a lower weight and price than the other neutral trainer options by Asics.

Personally, the added stability was too much for my liking, however there are plenty of runners that would appreciate and benefit from it.

In fact, it makes the Pursue an excellent choice for newer runners who want to try out Asics shoes at a lower price point.

For runners who want a lighter shoe that can be used for both longer runs and shorter faster ones they may be disappointed by the Gel Pursue.

The shoe is light and does hold up well for longer slower distance runs, but did not provide the snappiness runners look for in faster efforts.

We purchased a pair of Asics Gel Pursue 3 from runningwarehouse using our own money. This did not influence the outcome of this review, written after running more than 50 miles in them.