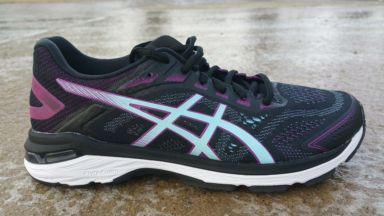 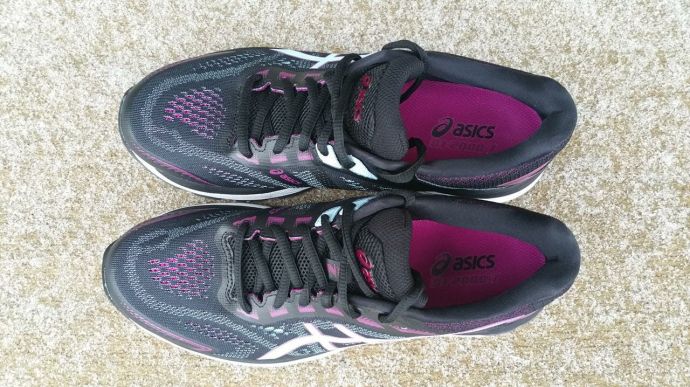 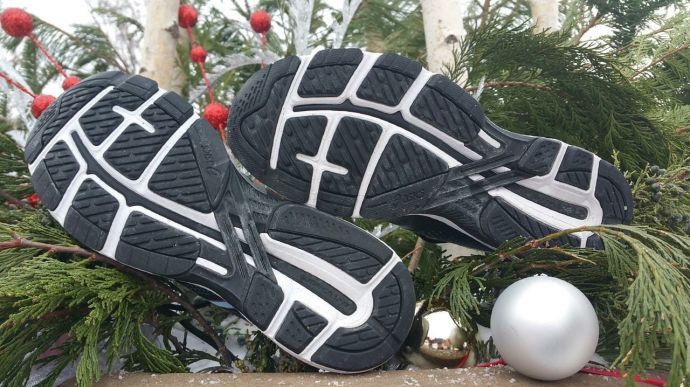 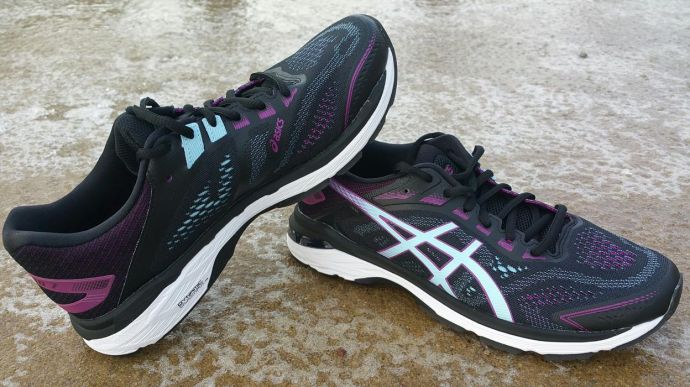 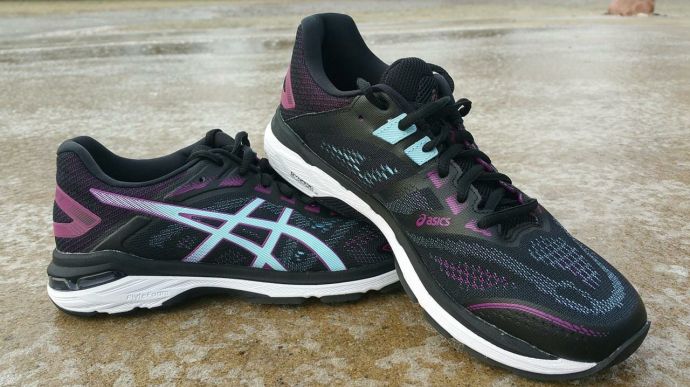 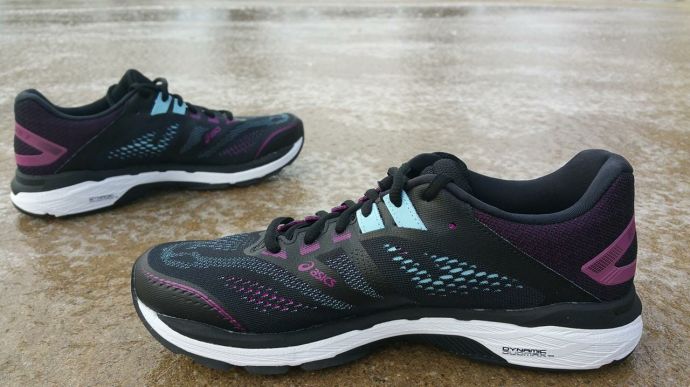 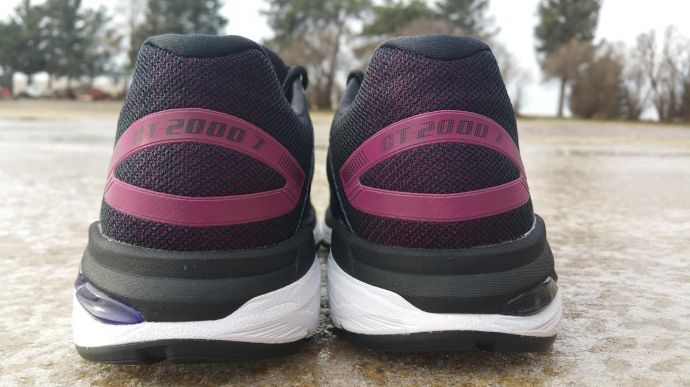 The ASICS GT-2000 7 is a basic running shoe that is solid on many levels: upper support, midsole stability with responsiveness, torsion-resistance, affordability, and all-around functionality. Run in it for speed workouts through distance training.
WHERE TO BUY
LOWEST PRICE
$49
SHOE INFO
Asics
Brand
GT 2000 7
Model
Stability
Type
10.69 oz. (303 gr.)
Weight
120 US$
MSRP
10 mm
Heel Drop
Asics GT 2000
Family
Nov / 2018
Release Date
GT 2000 6
Previous model
WHO IS IT FOR
This is a shoe for new runners who decide they want to get serious about their training; it costs more than an entry-level shoe but still isn't a major investment.

It's also a valid option for experienced runners who come back to the simplicity and support of this proven moderate-stability, moderately-cushioned shoe.
Help me choose

Another year, another new upper: ASICS reduced the weight of the 2000 quite a bit last year with a full design change for version 6. This year’s shoe weighs in .2 oz heavier, yet there’s still slightly less padding around the ankle.

GT-2000 7 is ASICS’ classic stability shoe that comes with moderate support, cushion, and price. Other support shoes in the brand can be described in comparison to this one. Kayano is more plush, GT-1000 more basic.

Since the pattern of GT-2000 7 makes the forefoot look more roomy than 6, I measured various places to compare the shoes.

The only difference that I could find was in the toe guard around the tip of the shoe: the stiff material lining the inside of the toe’s tip measures .7 mm. “higher” on the medial side of the 7 and .4 mm. higher in the center of the toebox.

This must be the reason the shoe feels slightly more roomy.

It feels stable, like I appreciated in the older model (GT-2000 4)—but that one was heavy, compared to last year’s weight reduction in the 6, a change I appreciated to encourage an efficient cadence.

The GT-2000 6 was quite a bit more narrow all around, to make this cut in weight.

When first running in one 6 and one 7, it was hard for me to discern a difference in the models.

Lo and behold, running some intervals, the 7 is a bit more secure around the full ankle opening; I don’t notice the reduction in padding.

I stopped to make sure they were equally tight, to discover that it’s the lacing that makes this positive change.

The newer system places the tongue loop one lace back, which allows me to do a laces-lock efficiently, while still anchoring the tongue in place. (I don’t use the very top holes as this cuts into my ankle.)

The fit and ride is very similar to GT-2000 6, with the exception of a more secure feel around the ankle. Seven is .2 ounces heavier than six, and the upper is slightly less breathable.

(Remember the air holes above the arch, in the 6? Hard to beat that.) See the 6’s review for how it compares with the older style 2000, and to see pics of the aforementioned medial vents.

GT-2000 competes with Nike Structure, with the latter opening up more in the heel: check out the Nike if you have a wide heel but want a med-narrow, secure mid-foot like we find in the 2000.

Ravenna from Brooks is similar in price ($10 cheaper) to GT-2000 and works best for a completely narrow foot.

GT 2000 is relatively narrow, but the upper accommodates my slight bunion and similar knob on my lateral forefoot, while still holding it secure. Ravenna’s toe box has a bit more height, too.

Running in them both, I gotta say I prefer Brooks’ DNA cushion to ASICS’ Flytefoam.

Brooks Adrenaline GTS also comes with similar support to 2000 and a 12mm drop from heel to toe. Both shoes retail at $120.

There’s no change to the sole this year after the massive overhaul that this sole unit went through between the 5th and 6th models: thinner, more narrow.

FlyteFoam, ASICS’ premium midsole, runs the length of the shoe with pockets of gel in the lateral heel and forefoot for shock absorption and resilience.

This is not my favorite midsole material—I prefer a thin layer of adidas Boost or even Brooks DNA, for their softer-responsive feel—but Flytefoam springs back and is relatively durable.

The Guidance Line and Trusstic System again make their appearance to bring their proven gait guidance and torsion-resistance to the midfoot. My foot feels supported while running; ASICS sticks with what works. The 2000 maintains its 10mm offset.

GT-2000 is a med-narrow fit, but it never pinches, like some narrow shoes do. The lacing system was revamped from loops on both sides of the 3rd and 4th holes, to regular holes;

The medial side has support strips that tighten with the laces, with regular string holes right below. The strips connect to a wider piece that runs along the posterior arch and help to snug the fit when tightening the laces.

There’s a similar support strip on the lateral side just before the forefoot.

This change in design is why the 7 fit more securely than the 6, when I picked up the pace.

In the medial midfoot, the 7 replaces the thin rubber-like piece of the 6 with 2 layers of mesh, the color of the soft inner layer peeking through the air vents of the more sturdy jacquard mesh with reinforced strips, of the outer.

Once again this year, the GT 2000 is the epitome of your basic running shoe, not flashy or plush, but it gets the job done well, with support and a moderately-stable ride for all types of training and racing.

It’s not flashy, but this version’s design is intriguing with layered pops of color sneaking through. And, the light blue of my colorway matches my snowflake leggings. What more could I ask for in a shoe this time of year, really?

We purchased a pair of Asics GT 2000 7 from runningwarehouse using our own money. This did not influence the outcome of this review, written after running more than 50 miles in them.

Visit ShopAmazon.com
This page contains affiliate links. As an Amazon Associate I earn from qualifying purchases.
WHERE TO BUY
LOWEST PRICE
$49
AVAILABLE ON SALE:Previous model $89