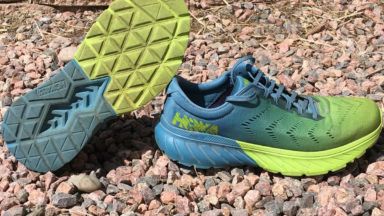 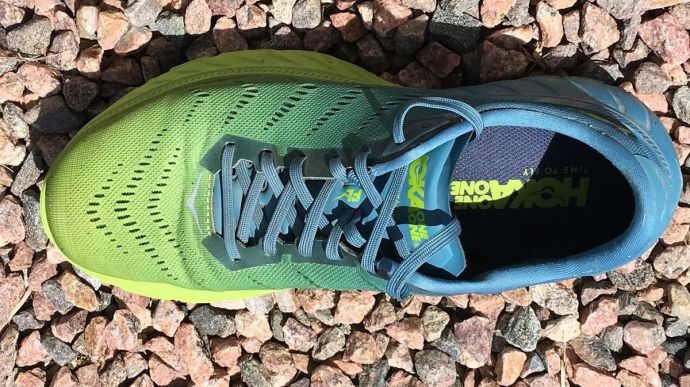 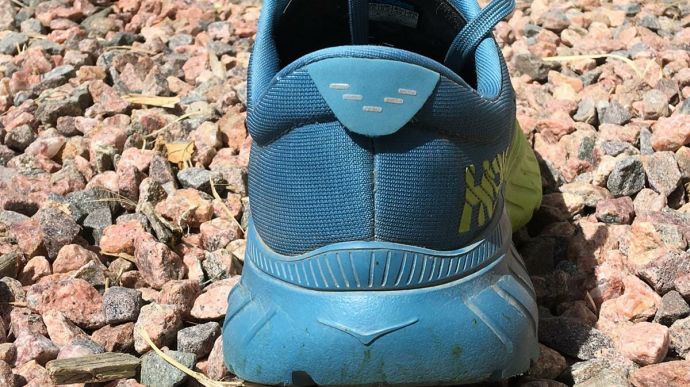 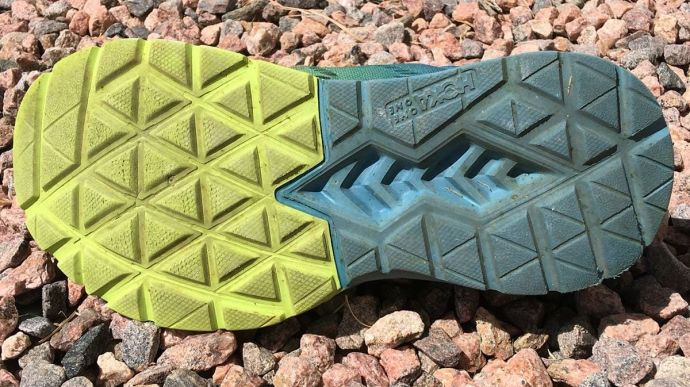 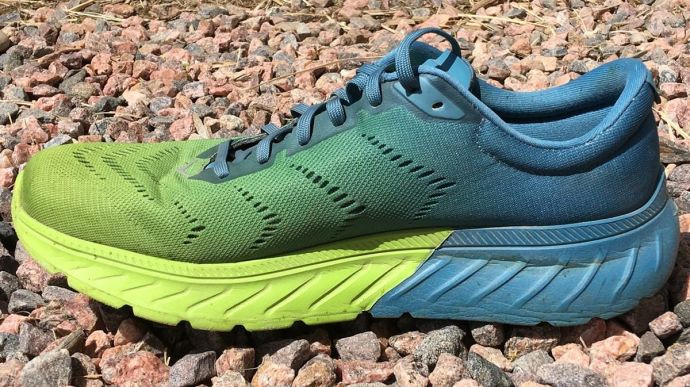 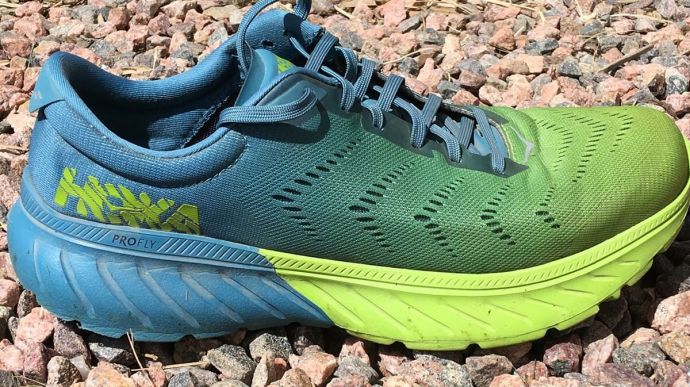 The Mach 2 is a smooth quick transitioning daily trainer with maximal cushioning. Its versatility makes it also a great choice for uptempo workouts or a marathon race day choice.
WHERE TO BUY
LOWEST PRICE
$140
SHOE INFO
Hoka One One
Brand
Mach 2
Model
Lightweight
Type
8 oz. (227 gr.)
Weight
140 US$
MSRP
5 mm
Heel Drop
Mach
Previous model
WHO IS IT FOR
Runners wanting a maximally cushioned versatile all in one shoe for daily long distance training and racing.
Help me choose

Hoka One One Mach 2 Intro

The Mach 2 is part of the Fly collection which was designed to broaden the options offered to runners of all Kinds.

The Mach 2 takes a lot of the best features of the Clifton, Huaka, and Clayton models and combines them together to produce a simple, well cushioned shoe that offers up a smooth responsive ride.

The Mach 2 has been completely retooled for 2019, now sitting on a new rubberized foam PROFLY duel density midsole that allows the shoe to be lighter and more responsive but firmer than its predecessor.

The upper of the shoe is updated with thinner materials that reduce weight, increase breathability, and soften the feel from the Mach 1.

Hoka One One Mach 2 First Impressions

Hoka One One Mach 2 – Lateral Side

The first thing that I noticed about the Mach 2 after unboxing it for the first time was the simplicity of it. There are no overbuilt structures in the upper or support systems to speak of.

This really gives the shoe a clean and fast appearance which is what the Mach 2 is a simple shoe ready to go to work and perform well.

While the updates may have simplified the appearance of the Mach some aspects of it maybe a hit or miss so let’s look and see what they are.

Hoka One One Mach 2 Sole Unit

The Midsole of the Mach 2 is where the major changes in the version takes place. The original Mach used a separate dual density ProFly midsole and RMAT (rubberized foam) outsole all of which were bonded together with a layer of glue.

The Mach 2 now co-molded the two densities together to create a seamless one-piece midsole. The rear half of the shoe uses a softer compound, while the forefoot is stiffer and more responsive.

This design creates a great balance between cushion and responsiveness. The softer heel makes this a more forgiving shoe especially for the heel striker.

The Mach 2 is slightly firmer, but the transition is much smoother with a bouncier feel. While not the best shoe for a track speed session the Mach 2 is perfect for longer pace or up-tempo workouts.

There is no separate outsole to speak of as the new rubber compound has been molded into a grid pattern. The traction of this design worked well on asphalt and was remarkably tacky on concrete.

I was really impressed in the overall traction in wet conditions. I did take the shoe on some gravel roads and bridle paths and traction on theses surface was ok, but since this off-label use I can’t really be too picky.

Hoka One One Mach 2 Upper Unit

The new upper feature an open engineered mesh. This newer mesh is lightweight, highly breathable, and softer than the Mach 1 which could be a bonus for the sockless runner.

The density and spacing of the mesh are consistent throughout the shoe offering good conformity but not much stretch.

The biggest downfall that I found with this upper was that it had a lot of volume particularly through the Midfoot. The instep is noticeably wider than most shoes that I run in, but not to the point of being sloppy.

I felt that I could never get a good comfortable lock down not matter how tight I pulled the laces.

While this never caused any discomfort, it lacked the bite that I would like in the arch which could potentially affect the performance of the midsole.

Hoka One One Mach 2 Conclusion

The HOKA ONE ONE Mach 2 is a great everyday road shoe. I really like it for faster long runs and have found it a super forgiving shoe on my longer ventures when I get fatigued and form gets sloppy.

The weight and performance of the Mach put it in the same class as the Skechers GoRun Razor 3 or Saucony Kinvara 10.

The Mach 2’s ability to be useful across a wide variety of paces on the road is quite useful and definitely one that I have placed in my shoe lineup and would recommend anyone to try for theirs as well.

We purchased a pair of Hoka One One Mach 2 from runningwarehouse using our own money. This did not influence the outcome of this review, written after running more than 50 miles in them.

Hoka One One Mach 2 Price Comparison

Similar shoes to Hoka One One Mach 2