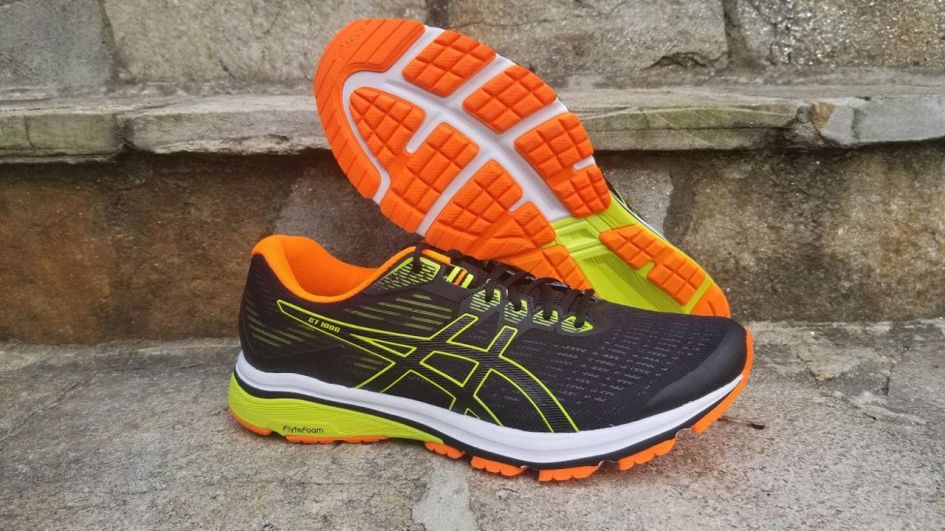 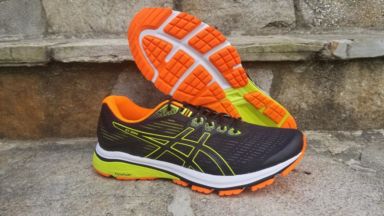 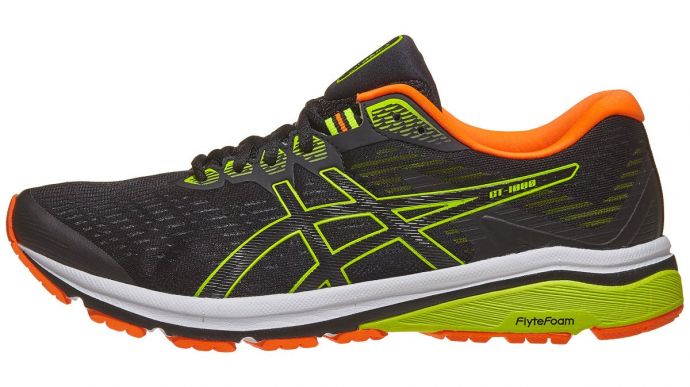 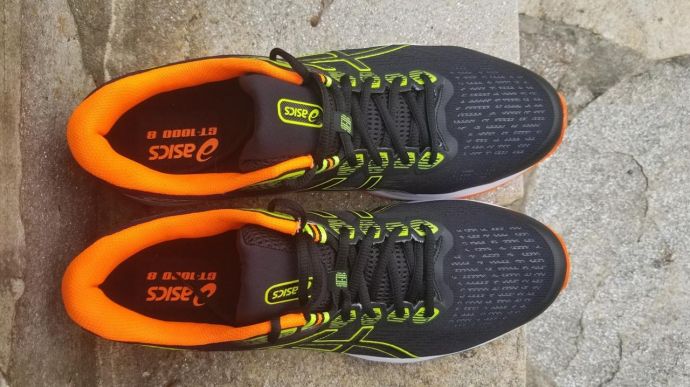 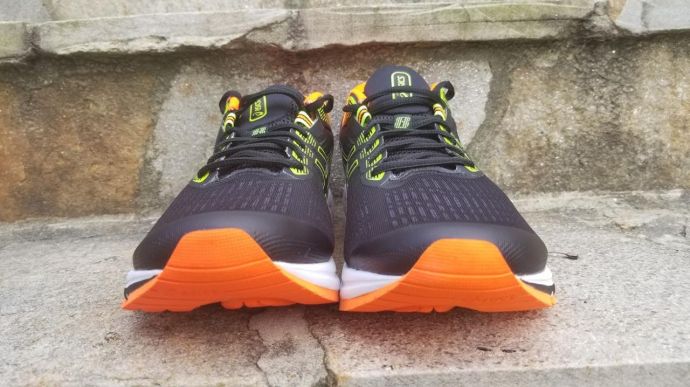 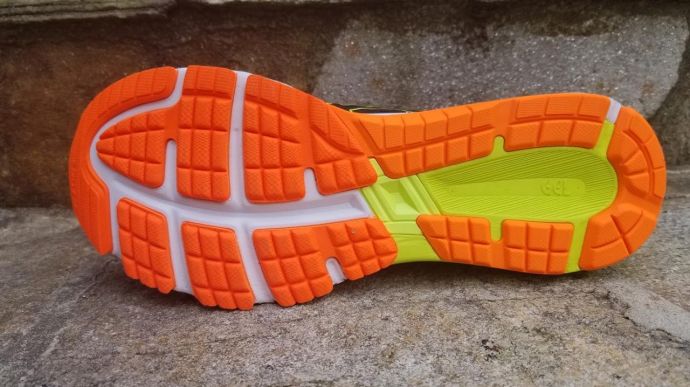 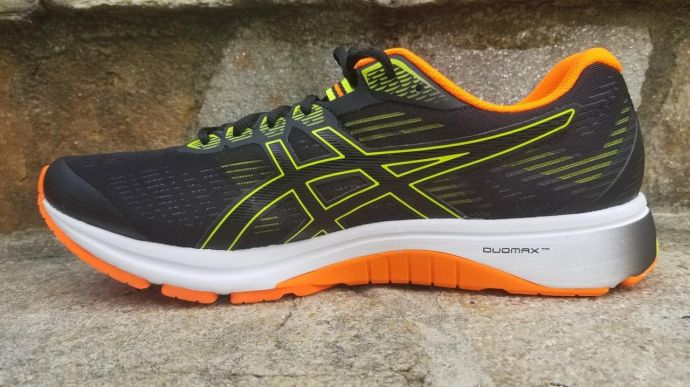 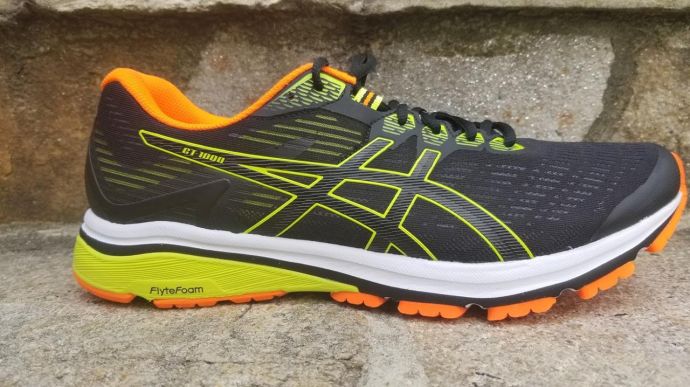 The ASICS GT 1000 8 provides a firm, responsive ride with the right amount of support. It comes at a great price point and offers an astounding amount of premium features for a shoe under $100.
WHERE TO BUY
LOWEST PRICE
$69
SHOE INFO
Asics
Brand
GT 1000 8
Model
Stability
Type
oz. (0 gr.)
Weight
90 US$
MSRP
10 mm
Heel Drop
GT 1000 7
Previous model
WHO IS IT FOR
This is a perfect everyday trainer for runners just getting into the sport. It offers a nice amount of protection and support from overpronation.

It's something both a new runner and seasoned one can appreciate.
Help me choose

The ASICS GT 1000 returns with all the premium tech that you would expect to find in pricier models. Most updates are in the redone material of the upper.

Competition includes Nike’s Zoom structure, Saucony’s Guide or Mizuno’s Wave Inspire. If you are familiar with the 2000 line from ASICS, think of this as its little brother or sister.

I am a sucker for anything black, so it was love at first sight. I liked the subtle use of neon. Not too much, not too little.

The shoe felt light and stiff in my hands. Out of all the fancy compounds companies offer, Flytefoam has always been the absolute firmest so this was no surprise.

My first run in them was just ok. They felt nice, but felt too rigid and restraining at times for my liking.

The sole is the complete package of firmness, bounce, support and all the crazy tech names you can think of. I can respect what the shoe offers and all its different working parts, but it’s almost overwhelming. Here are the most important parts.

The midsole has ASICS’ crown jewel; flytefoam. It is light, firm and bouncy. It feels hard to the touch and performs rather well.

It’s found mostly in the higher end models such as the Kayano and Dynaflyte so it’s a surprise to see it in a lower priced shoe.

Fytefoam is complemented by Duomax Dual Density foam on the medial side. It offered great support and kept my foot in check when I would roll into my foot on landing.

The ROI (return on impact) of the fytefoam allowed me to push off with some oomph.

The outsole has an aggressive pattern of AHAR with a guidance line in the middle. Great traction and very durable. After close to 100 miles of testing there is minimal wear.

The 10mm drop had me landing and lifting off on my midfoot. It gave a healthy amount of support and protection from my feet rolling inward.

It was a little disappointing at how rigid feeling it was. I was hoping for just a little more flexibility.

There are significant updates to the upper. The material is now a breathable mesh that felt tight at first but stretched out over time.

I took this out in some of the hottest days of summer and it never felt like it was too hot nor did they get wet to the point where my feet were completely drenched.

While the upper was comfortable and dried fast when wet, there were some issues with how it fit. The lacing is sectioned off to wrap to my foot but the heel was too relaxed and didn’t lock me in.

Because the heel was loose, this caused blistering from the material rubbing up and down on the lateral side of my foot. I was able to subdue this by utilizing a runner’s loop in the lacing, but it did not resolve fully.

This is to be expected with ASICS shoes, but the shoe is quite narrow and snug. I recommend going half a size up or wide if you can.

The toe box is quite tight. Not a lot of room in this department. I did not have issues on shorter runs but the tightness did get annoying on my longer double digit runs.

These shined for my shorter, easier runs. The ride was firm but the higher drop and bounciness worked great for me on my recovery days.

Long runs and tempo sessions were a mixed bag for me. I struggled going fast in these until the tail end of testing. Once fully broken in, I could perform, but never to my full expectations.

I could never find my mojo on my long runs in them. My toes would hurt after running for more than 8 miles in these. The tightness of the shoe was not forgiving when my feet would swell on my longer days.

All in all this is a great shoe both for beginners and seasoned runners needing a cheap trainer in their rotation.

For a shoe under $100 dollars, it offers an impressive amount of premium features. It’s almost overwhelming when you read the product description, but this can be forgiven.

If you like a snug shoe and don’t want to break the bank, then this is for you.

We purchased a pair of Asics GT 1000 8 from runningwarehouse using our own money. This did not influence the outcome of this review, written after running more than 50 miles in them.

Visit ShopAmazon.com
This page contains affiliate links. As an Amazon Associate I earn from qualifying purchases.
WHERE TO BUY
LOWEST PRICE
$69
AVAILABLE ON SALE:Previous model $67