Casio’s collection of Bluetooth smartwatches is growing in a way where it’s getting more compelling for athletes. The latest addition to the series is the new Casio G-Shock GBD-H1000, which comes with GPS and different sensors that make it the first G-Shock to be called a smartwatch.

The new GBD-H1000 can be a suitable option for those who can never quite get used to the chiseled Fitbits and Apple watches and instead prefer the geared appearance of the Casio.

The watch teases promising features, but we still don’t know much about the display resolution. What we know of the display is that there’s a high-definition, memory-in-pixel (MIP) LCD display that comes on-board tuned at high contrast. On the design front, there’s a curved back cover and large buttons — typical of the Casios that you are used to seeing. The new G-shock would be shock-resistant and water-resistant for up to 200 meters.

The Casio G-Shock GBD-H1000 battery life is slated at 14 hours with the heart rate, and GPS switched on. It weighs around 101g. It supports solar and USB charging.

Here are the different sensors in the Casio G-Shock GBD-H1000.

The watch connects to a dedicated app on the smartphone where users can manage data such as travel logs and calories burned.

A new approach to training

The new G-shock brings a new approach to the way smartwatches track your movements while you are training. The Training Load features tells you how hard you have been working, and the times you have been peaking during your workouts. These insights recorded by the Casio also show the strain put on the body for 7 days. It also lets you keep track of your performance and fitness goals. 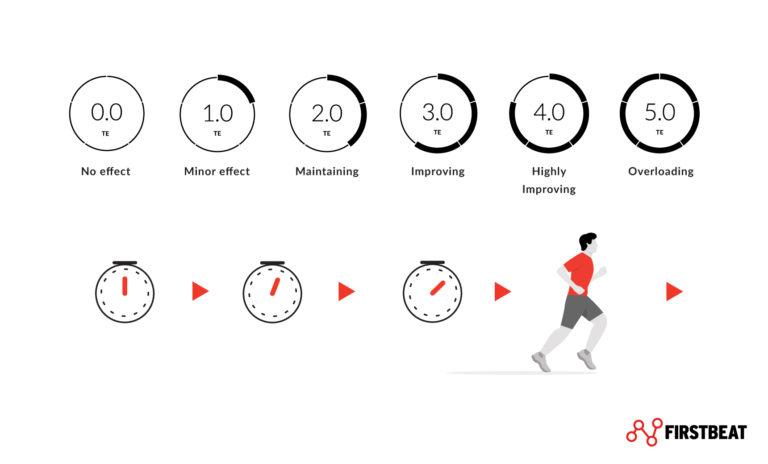 Training Effect on the G-SHOCK GBD-H1000.

An optimal training load means that your body could be expected to see measured improvements over time. There are also other measurement parameters alongside, such as Productive and Unproductive, that can affect the intensity of your workouts and training.

Other parameters highlight other aspects of movement: Peaking for intense practice sessions, Recovery for the days when you lighten things up, and Detraining when you have been inactive for a while.

The G-Shock links your workouts to the gains you expect over time. It gives you Aerobic and Anaerobic Training Effect scores between 0.0 to 5.0, depicting the outcome of your workouts.

The watch also provides expected finish times for running distances 5k, 10k, half-marathon, and marathon. The predictions are based on VO2 levels and the sustainability of performance intensity.

The data gathered over time from your training history and runs are used to determine how long you might take to make each of these milestones.

The launch is slated on 24th June in Japan; however, there’s not really much on the pricing. The smartwatch will be available through retail outlets and G-Shock’s online stores. The pricing in Japan is expected to be around 50,000 yen — about $450.