Early in February when Adidas and Puma started shutting their stores in China, Coronavirus had already started spreading across the world.

Adidas had said that the fast-spreading virus could have a negative impact on businesses up to uncertain extents.

Since then, the virus engulfed most of Wuhan and spread rapidly across other parts of the world.

Amid the jumble, shoe stores are also shutting down.

Earlier this week, Nike announced that it will be closing its stores in the US, Canada, Western Europe, New Zealand, and Australia over the spread of the COVID-19. However, it will continue operating in South Korea, Japan, and most of China. Nike online shops will also remain open. 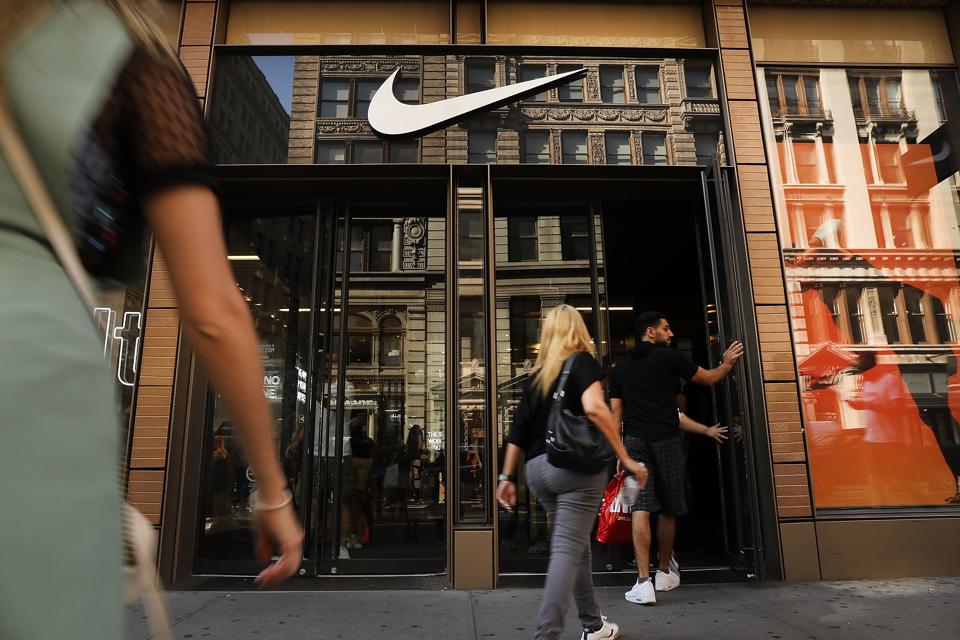 People walk by a Nike store in Manhattan on September 5, 2018 in New York, New York. PHOTO BY SPENCER PLATT/GETTY IMAGES

Nike said in a statement that the well-being of the teammates and consumer was their top priority, and this has lead them to take this decision.

The closures came into effect on Monday (March 16), and would go on until March 27. Customers can keep on shopping through the Nike app and website.

Nike added that it is taking additional steps in its facilities such as the option to work from home, social distancing and other safety measures to “protect and support” its teammates.

The company’s senior management told Wednseday that it will provide $15 million to coronavirus relief funds.

The athletics apparal maker is expected to take a serious hit as demand declines from the COVID-19 pandemic. Analysts predict that the company may sffer a $4.5 billion revenue drop in its fourth quarter of fiscal 2020.

Adidas and Puma have already warned of a major fall in their sales in China due to the Coronavirus. The shares of these companies have fallen down in the last few weeks — Adidas went on to record its one-year low.

Adidas stated that the first-quarter sales figure in China is expected to drop by up to 1 billion euros.

Adidas has also decded to close all of its stores in Europe, North America, and Canada as the outbreak spreads in these regions. The company said in a statement that Adidas and Reebok-owned stores will be closed temporarily. Reebok also decided to close its Boston headquarters to prevent the spread of the virus.

Following orders issued in Germany against large public gatherics as the country sees a spike in Coronavirus cases, Adidas has decided to postpone its annual general meeting scheduled on May 14 in Fürth (Bavaria).

While Adidas forsees its losses, Puma thinks that the business won’t return to normal soon, despite the ecouraging signs in China as things continue to improve. For the first time in three months, China on Thursday reported no new local infections.

“Given the duration of the situation in China, the negative impact in other Asian countries and now also the spread to Europe and the U.S., we unfortunately have to conclude that a short-term normalization will not occur,” Puma said.

Asia has been a luring market for Adidas and Puma. These companies make a third of their sales in China.

The decline in sales have not just hit China. Companies have admitted that there is a big fall in sales in other Asian markets such as Malaysia, Singapore, Japan, and South Korea.

Joining the growing list of retailes halting operations, Under Armour also announced Sunday that it would close its stores in the United States and around the world.

Under Armor stores will reamin shut for about two weeks.

So far, there have been more than 230,511 cases reported across the world. Track them live here.

Coronavirus and Running: How the COVID-19 is Impacting Running Stores Around the World