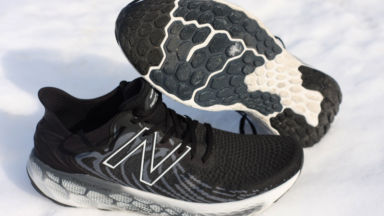 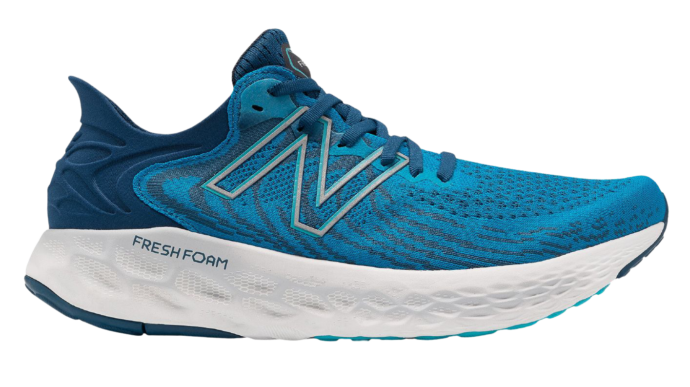 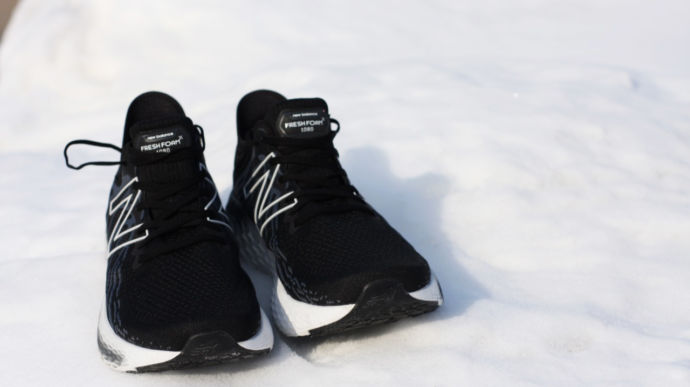 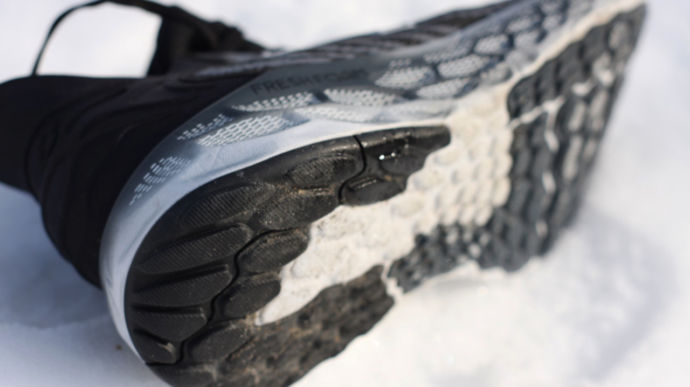 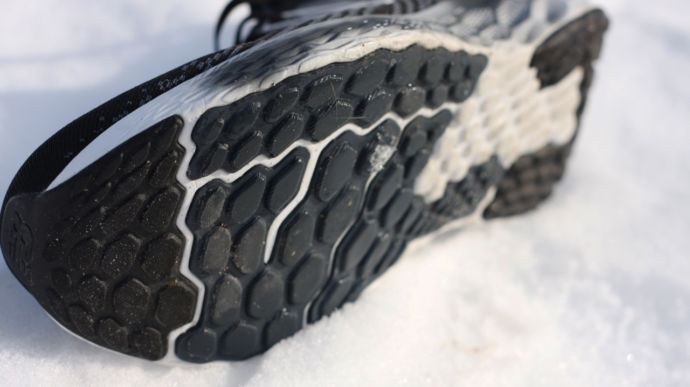 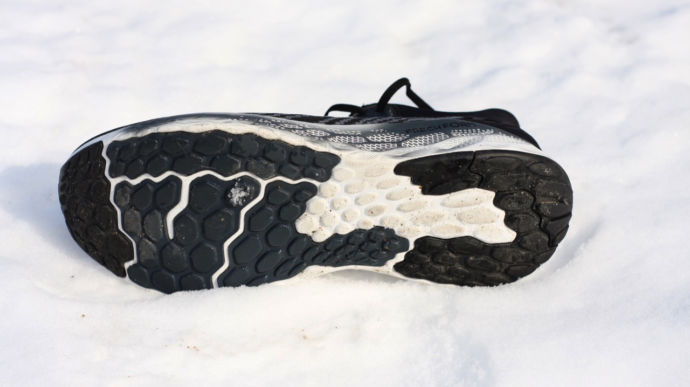 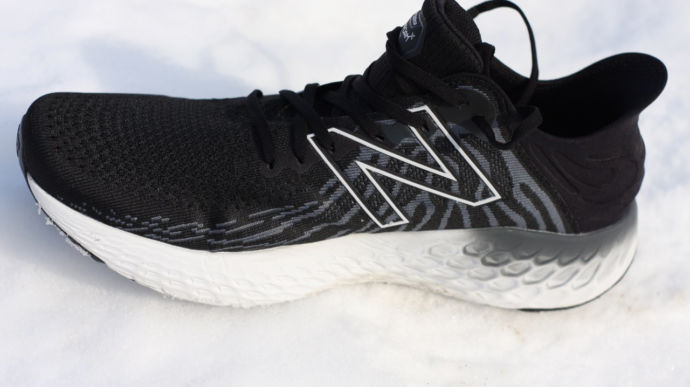 The New Balance 1080v11 is yet another great cushioned offering by the American brand. With plenty of cushion for long runs, it's still peppy for the moments you want to pick up the pace.
WHERE TO BUY
LOWEST PRICE
$149.99
SHOE INFO
New Balance
Brand
Fresh Foam 1080 v11
Model
Cushioning
Type
9.3 oz. (264 gr.)
Weight
149.99 US$
MSRP
10 mm
Heel Drop
New Balance 1080
Family
Fresh Foam 1080v10
Previous model
WHO IS IT FOR
This shoe is for anyone looking for a max cushion shoe. With great cushion and responsiveness, this shoe would be good for an experienced runner or beginner alike.
Help me choose

By the time a company has gotten past 10 editions of the same model, you know they have found something worth repeating. In this case, the 11th edition of the New Balance 1080s is no different.

The 1080 is the flagship of the the New Balance trainers line, and will go against similar shoes from other companies.

In today’s market, there has become a delineation between plated shoes and everyday offerings. Most companies would like you to choose a traditional trainer for logging most, if not all, of your miles.

However, companies have seen in recent years that runners want a shoe that can go long, but also pick up the pace. Because of that, we’re seeing more balanced cushioning offered.

These highly cushioned shoes use materials that are now almost as responsive as the lower stack offerings, and sometimes even more responsive.

The issue is that these new technologies come at a cost. All of the shoes referenced here are at least $130, and most come in around $150.

To get these great new trainers, you should expect to take a hit to the pocketbook. With a price tag of $150, the 1080v11 comes in at the top of that range.

I was very excited to try these shoes. My wife got a pair of the 1080v10, and I reviewed the v9s. When they arrived I was impressed with the look.

Although I had hoped for a more exciting colorway, black and white is still a very good-looking shoe. It looks aggressive, while also having a large heel that makes it look comfortable.

Upon putting it on, the shoe was immediately comfortable for just standing and walking around. However, I was surprised by how firm the forefoot was.

I had expected the cushion to be softer. For standing for hours, it was great.

The first run I used them on was a 5M run on snowy/icy sidewalks. The grip was very good for everyday shoe, and the upper was mostly comfortable. However, I was again surprised by the firmness of the forefoot.

The New Balance 1080v10 sole unit has been kept for the v11s. And after feeling it, I understand why. The unit uses a full-length Fresh Foam X foam to provide superior cushion and bouncy energy return.

This cushion is slightly firmer than the original Fresh Foam, but the bounce is noticeable when you pick up the pace.

However, they took about 10-15 miles to break in and get to feel softer on the forefoot. That was a surprisingly long break-in for me.

On the midsole, the company uses laser engravings to create a honeycomb design that helps compress and soften your landing. This is noticeable on heel strikes, but not as much on forefoot strikes.

This is also because of the 30mm of cushion under the heel, with 22mm under the forefoot (8mm drop).

Below the midsole, the 1080 offers a very nice outsole. Using mostly blown rubber, the outsole is very durable and offers a great amount of grip for an everyday trainer.

This material paired with strategically-placed flex grooves that help with the flexibility of the sole unit, and help your toes flex on the toe off.

This is also where I have one of my main issues with this shoe. The blown rubber used on the outsole is very loud on concrete and asphalt.

I tried running with different gaits, landing on different parts of the foot, and different paces. No matter what I did, the landing of the shoe was audible every time.

I know this could be a “nit-picking” problem. But when running with open ears (no headphones, or bone-conducting headphones) they began to annoy after a couple of miles.

The upper has seen a redesign, but not a full overhaul. In this instance, New Balance kept their Ultra Heel structured heel cup and bootie design. This heel cup is honestly one of the best I’ve encountered.

I noticed it in the Fresh Foam More v2, which is one of my favorite shoes out there, and here it works just as well.

It secures the heel, while not putting any pressure on my Achilles. This is important to me, because of my experience with Achilles Tendonitis.

With the upper construction, the bootie feel is good, and the upper moves with your foot as you go through your landing-to-toeoff transition.

However, this is also where the update happened for the shoe. The upper was streamlined and tightened. This was designed to help you feel more locked-in while using the shoe.

However, it also resulted in a toe-box that felt cramped for me. There were multiple times where I felt my big toe come off the edge of the sole unit.

There are some structures to help lock in, and a good lacing system. On the toe, there is a structured plastic piece that is designed to keep your toe in place.

However, it’s so soft, and the knit material of the upper is so soft and stretchy that my toes still fell off from time to time.

The lacing system is good, however the laces themselves are some of the worst I’ve encountered in a few years.

Every run I went on with a single knot ended with untied shoes, and even a few double knotted runs resulted in an untied shoe.

I’ve never encountered a double knot coming untied before this shoe. Really, it was quite remarkable, but not in a good way.

The upper itself fits true-to-size. My size 13 was the perfect 13, and I had no issues with the fit through the heel or midfoot.

If someone were to have slightly narrower feet than I, then the narrowness of the toebox would not be an issue. My feet are not very wide, but are larger and wider than normal.

I think the upper would not be an issue for most runners.

The New Balance 1080 is one of the most popular shoes amongst running friends of mine. They are a staple for people looking for a cushioned runner.

After running in the v11, I understand why. Is it a perfect shoe? No. But it is way more positive than negative.

When looking at the negatives, they are fairly minimal. The upper is a bit too narrow in the toebox, but that issue will not be a problem for most runners.

The laces are annoying, and the fact that they came untied so often left me very annoyed, but that’s an easy fix. Honestly, the most annoying negative is the volume of the shoe when landing.

However, these negatives don’t even come close to offset the positives. The cushion is great, although it needs a couple of runs to break in, and quite responsive.

The grip is great for an everyday trainer, and I felt secure every time I put them on.

When it comes to the upper, my favorite feature is the heel cup and collar design. My foot locked in, my heel never moved, and the swoop collar puts no pressure on my Achilles Tendon.

Now, the issue I have is comparing them to some of the best non-plated 2020 offerings and where does it stack up? It’s near the top, but not quite there for me.

When I put them side-by-side with shoes like the Saucony Triumph and Endorphin Shift, the 1080 is slightly lower – mostly due to the fit of the toebox.

I’d say it is equal-to-or-better-than the Brooks Glycerin 18, and would be interested to see how they stack up to the 19s.

Honestly, at the end of the day, I would compare them mostly to the New Balance Fresh Foam More v2 (perhaps my #4 shoe of 2020). It’s not as soft as the Mores but has much more energy return.

It fits more narrow but can pick up the pace better. The outsole, although much louder, is much more durable and ready to log the miles.

We purchased a pair of New Balance Fresh Foam 1080 v11 from runningwarehouse using our own money. This did not influence the outcome of this review, written after running more than 50 miles in them.