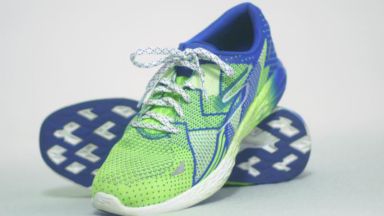 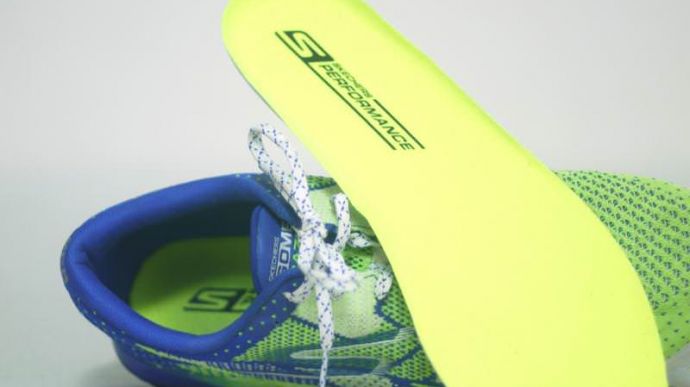 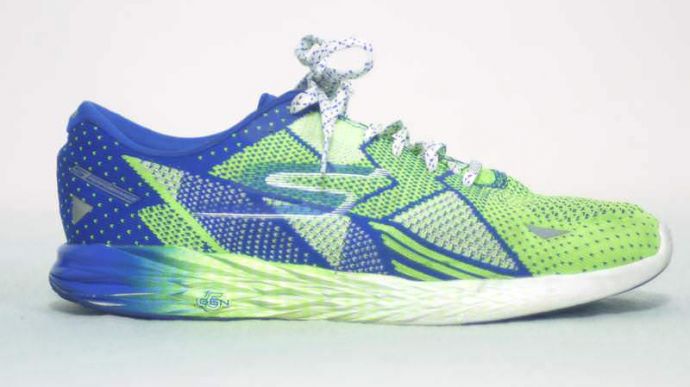 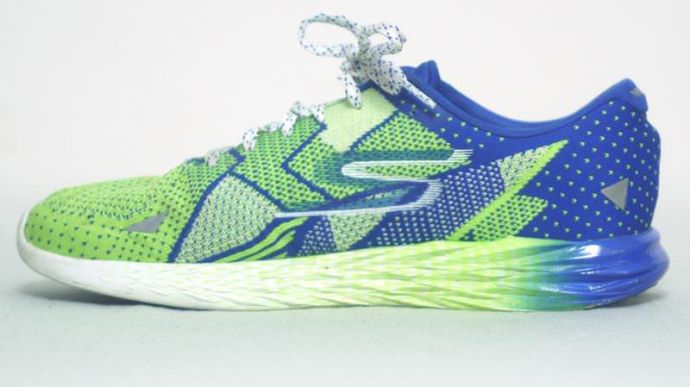 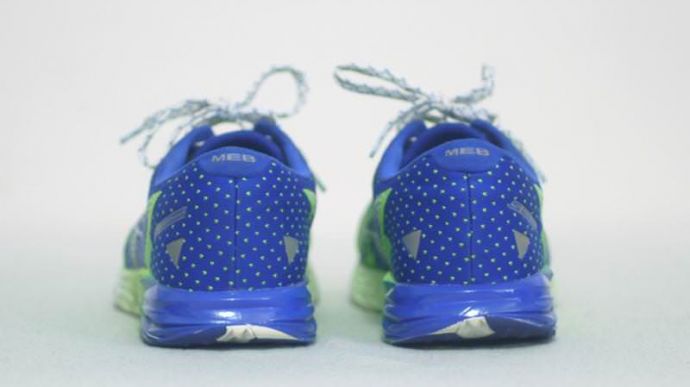 The Skechers GOmeb Razor sits on a razor thin line between a racing shoe and a daily trainer. It features a snug fitting GOknit upper with new responsive 5GEN cushioning for a stable and quick ride.
WHERE TO BUY
LOWEST PRICE
$125
SHOE INFO
Skechers
Brand
GOmeb Razor
Model
Racing
Type
7.8 oz. (221 gr.)
Weight
125 US$
MSRP
18 mm
Heel
4 mm
Heel Drop
Mar / 2017
Release Date
WHO IS IT FOR
The Skechers GOmeb Razor is a race inspired daily trainer designed for neutral runners with a midfoot strike looking for a quick shoe for daily runs.
Help me choose

This new line called the GOmeb Razor by Skechers is most similar to other 4mm drop lightweight shoes like the Brooks PureFlow 5, or the Saucony Kinvara.

The GOmeb Razor achieves the 4mm drop with an 18mm heel and a 14mm forefoot, enough to make it a fast comfortable daily trainer and not a low-profile racing shoe.

Skechers calls the 7.7 ounce weight as “radically lightweight”, but I think shoes like the Mizuno Universe 5 (2.8 oz) and Asics BlazingFAST (3.9 oz) win in that category.

Skechers should instead call these “radically lightweight daily trainers” since that’s the real competitive advantage of these shoes.

A $110 MSRP means these shoes are going head to head with the similarly priced and built Saucony Kinvara 8s.

I’m a pretty big fan of lightweight daily trainers, so I spent 50+ miles testing these shoes out which included a plentiful set of speed workouts.

The GOmeb Razor is part of Skechers’ performance line of shoes which also include the GOmeb, and GOrun shoes.

The GOmeb and GOrun shoes are already pretty similar, so a third similar performance shoe in this category really makes you scratch your head and wonder if Skechers just wanted to make another cool sounding shoe without having to make a new shoe.

What really happened was Olympic medallist and Boston/NY Marathon winner Meb Keflezighi wanted a few changes to the performance line of Skechers shoes to make a perfect daily trainer, so he worked with Skechers to tweak the existing designs into something new.

The GOmeb Razor takes the GOrun and GOmeb Speed shoes and uses the snug fitting GOknit material, a newer form holding heel counter, and firmer 5GEN foam in the midsole to make this perfect daily trainer for Meb (and possibly you).

I was expecting a fit very similar to the GOmeb Speed 3 2016 shoe since the GOmeb Razors looked pretty similar. And I was right.

The main differences I saw in the Razor was that it had a thicker tongue, more rubber on the outsole, a roomier feeling toebox, and a stiffer midsole.

Starting from the bottom and working our way up the midsole brings us to the outsole. This outsole has a bit more rubber compared to the previous line of Performance shoes by Skechers.

It has a fair amount of rubber beneath the toe, and another patch just below the heel with a large exposed area of foam beneath the arch of your feet. It reminds me of the outsole on the Brooks Hyperion shoes.

The benefit to an outsole with barely enough rubber is that it gives you enough durability to make the shoe a daily trainer while keeping it super light.

As you can guess, the drawback is reduced traction, and reduced long-term durability when compared to shoes with lots of rubber like the Saucony Freedom ISO shoes.

The foam beneath the arch of the shoe shows some wear pretty easily, but won’t be an issue if you keep the shoes primarily on the road or track. I would avoid running on trails with these shoes.

Up next is the 5GEN cushioning system by Skechers that gives you a “lightweight and responsive” ride. This type of foam in the midsole feels pretty similar to what Skechers used in the past, but it’s supposed to be a little more responsive.

I put my left foot into the Skechers GOmeb Speed 2016 shoe and my right foot in the Skechers and strained my brain to pick out differences.

It seems the biggest difference is the toebox is a little more flat and doesn’t curve up as much when compared to the GOmebs.

It’s hard to notice the extra responsiveness between the two shoes, but I would totally call it a responsive shoe. Finishing out the sole is the topsole and optional insole.

I say optional insole because the shoe without the insole is perfectly ready for you to run in. Skechers did an excellent job connecting the upper to the midsole without any unusual bumps or seams.

I did almost all my miles without the insoles since I felt the cushioning was adequate without it (and I didn’t mind the weight savings).

If you chose to run with the insoles, you will get a few extra millimeters of cushioning on a neon green fuzzy platform.

Skechers has their knitted upper called GOknit, which is similar to Nike’s Flyknit and Adidas’ Primeknit. I mentioned this in my previous review of GOknit that being a follower doesn’t make your product inferior!

This GOknit is more emulation than imitation; it’s genuinely nice and not gimmicky. This GOknit upper is a single piece of fabric that wraps around the shoe and varies in stitching thickness and style in key areas to provide a very custom fit.

The fabric is stitched a little looser in areas that need breathability like above the toebox, and around the edges of the foot.

In addition to the custom fit, you also get a pretty flashy design with assorted polygons filled with quite the texture set. Overall, I hope GOknit is here to stay.

The tongue is a little different when compared to the previous Skechers performance shoes. It’s slightly thicker, which I find to be a nice change that makes the ride a bit more comfortable since it evens out the pressure from the laces.

Finishing out the top is the sleek lacing system that uses a reinforced fabric upper instead of using metal or plastic eyelets. This follows the theme of reduced weight and reduced durability, and I’m ok with that.

The Skechers GOmeb Razor is a race-ready shoe that brings a new new model to a successful line of performance shoes. It’s a fantastic choice for those with high mileage training who have a solid midfoot strike.

I would just remind those who want this shoe to check out the GOmeb Speed and GOrun shoes since they are all very similar.

We thank the nice people at Skecher for sending us a pair of GOmeb Razor to test. This did not influence the outcome of the review, written after running more than 50 miles in them.