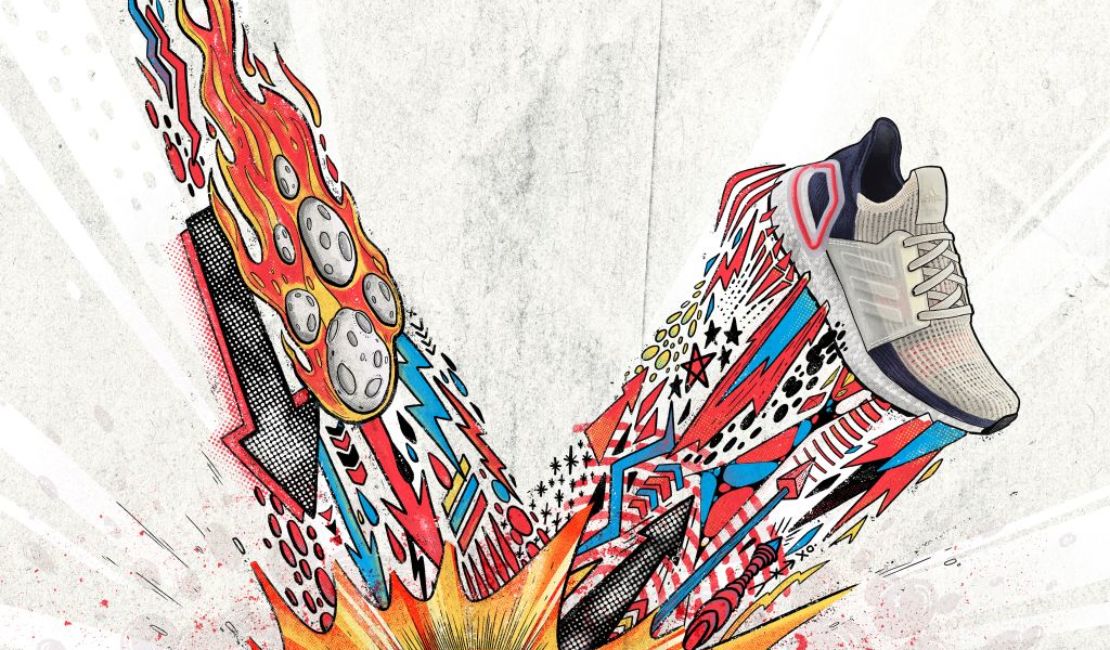 On February 11th, Adidas announced the launch of the latest iteration of their top-of-the-range, neutral long distance running shoe: the Adidas Ultraboost 19.

According to the brand, the new Ultraboost “adidas designers and product developers worked with thousands of runners worldwide to totally reinvent the running shoe.”

“Running is constantly evolving, so we designed the reboosted and re-energized adidas Ultraboost 19 to empower runners all over the world to keep challenging and changing what running is and what it looks like.”

This year we’ll see a simplified Ultraboost, going from 17 pieces to 4 performance-driven components, creating a lighter and more responsive shoe.

The upper is made of Primeknit 360 which is a bootie like construction that wraps your foot with and engineered fit and targeted support. This was done in hopes of making the upper more adaptable, and flexible.

At the back of the upper of the Ultraboost 19 is a newly is the 3D Heel Frame. This is a fitcounter molded heel counter, this was designed to both hold the heel in place and provide optimal movement of the achilles.

The midsole has undergone an overhaul as well. Boost is a responsive cushioning Adidas has pioneered returns in the Ultraboost 19. For this edition there is more of the Boost cushioning in the midsole.

The Torsion Spring is a new addition to midsole. The spring is now encapsulated within the Boost midsole for an enhanced transition and propulsion.

We already preordered our pair and will begin testing soon. Stay tuned for a full review of the Adidas Ultraboost 19.

In the meantime, you can have a look here.

Leaked: Nike Pegaus 37 and Nike React Miler
Nike Is Set to Launch the Air Zoom Pegasus 37 on April 28
New Nike Zoom Series of Running Shoes 2019 – Neon Green Extravaganza
Nike Launches the Metcon 6
The running shoes of the future, the future of running shoes
Running Shoes We Are Looking Forward to in 2020