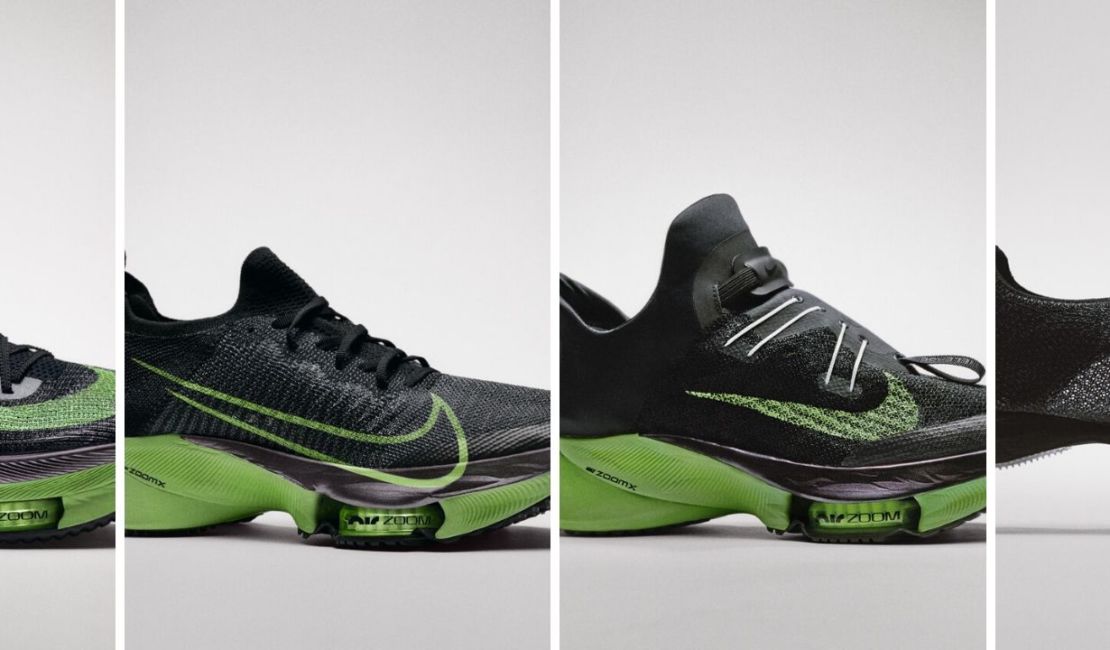 If you thought Nike had the edge in performance running thanks to their Vaporfly NEXT% running shoes, think again.

The Brand has revealed today the new members of the NEXT% family, which will be released just at the time when the Olympic Trails start and that are going to be a key player at this year’s Tokyo Olympics.

You might have seen a prototype of the top shoe at the feet of Eliud Kipchoge last autumn in Vienna, when he broke the 2 hour barrier in the marathon.

Now these shoes come out, available to anyone with a spare $275, and with a collection of other shoes ready to complement the line. Let’s look at them one by one.

Here is the hero of the collection, the successor of the all-winning Vaporfly Next %.

There are three elements that define the ride and performance of this shoe:

First there is the full length Carbon plate. In addition to stabilise the step, it provides energy return and propulsion during toe-off.

Then there is the ZoomX foam. Nike’s best, with extremely light weight and best-in-class energy return.

Last, the new element for this year, two separate Air Zoom units under the forefoot.

This shoe will be released to Nike Club members on February 29th – we are impatient to test them !

NEXT% becomes now a collection, which includes two versions of the Tempo NEXT%: a normal one and a FE (or FlyEase) version.

Both shoes incorporate the same 3 elements that elevate the Alphafly, but with some tweaks:

The difference between the Flyease version and the normal one is the lacing system, as you can see in the below picture of the FE version of the Air Zoom Tempo Next%.

We don’t have pricing information on these shoes yet.

This is an Olympic year and no competitive running shoe collection would be complete without a track spike.

The Air Zoom Victory incorporates all three elements (ZoomX foam, carbon plate, Zoom Air cushioning) in a sleek, compact, fast shoe – we expect to see lots of them at the starting lines on the track at Tokyo this year.

More and more brands are releasing shoes with carbon plates this year – but Nike does not seem to stop and what it the latest innovation for other brands might be what Nike had a couple of years ago.

Stay tuned for our reviews of these shoes and let us know in the comment what you think!