The Coronavirus continues to spread at an exponential rate. The control measures have led to the cancellation of most public events and gatherings, including races and marathons as countries around the world go into self-imposed lockdowns.

Amid growing concerns, the 2020 Summer Olympics in Tokyo scheduled initially from 24th July, has also been postponed to the summer of 2021.

India, the world’s second-most populous country, went into a 21-day lockdown starting 25th March to stop the virus from spreading.

But we have got you covered if you are a runner in India and are looking for a fresh start to your running journey when things heal and we are out on the streets again.

Here are some of the best runs and marathons across India that you can gear up for.

The Hell Ultra Race from Manali to Leh tosses your spirit and tests your skills and endurance level. You run through five mountain passes that are 4000 metres above the sea. The elevation gives a clear view of the Himalayan range, the ‘cold desert’, and the encompassing rivers.

This 480 km race is run through altitudes where the oxygen level dips 40 to 60 percent.

The Delhi Half Marathon is probably one of the most popular marathons in the country. The fact that numerous beginners also participate in it makes it highly popular — it’s an ideal start for runners looking forward to running their first marathon.

The half marathon started in 2005 and has since then become a sort of ritual which runners around the country look forward to.

Some of the fastest runners in the world have participated in the event, including Eliud Kipchoge, who participated and won the Delhi half marathon in 2016.

Uttarkashi 135 is another trail in the scenic laps of north India. It extends over 330 kms, starts from Uttarakashi, and ends in Rishikesh.

This race is categorized for different age groups and can be a real test for your skills, endurance, and stamina. The temperature dips to single digits at night. In the day, the sun shines bright — to a point where the altitude starts causing sunburn, dizzy spells, and dehydration.

A terrain of dusty sections, mist-laden hills with broken paths await the runners as they take on this challenge.

The Ironman is one of those platforms that attract a lot of participation from runners around the world.

Participants of the Iron Man 70.3 triathlon, via Times of India.

It’s the ultimate test of your stamina and endurance. There’s little room for lapse as you compete with some of the most robust individuals. The 2020 rendition kicks off in Goa, so you will be swimming in the Arabian sea and later running and cycling along its coast.

Nilgiris Ultra is another challenging marathon where you run along the Nilgiris — one of the most scenic places in the Western Ghats of India. There are different variants of the marathon. You can choose to run a 100 kilometres race, or go for lower ones such as 75 kms, 50 kms, and 25 kms. 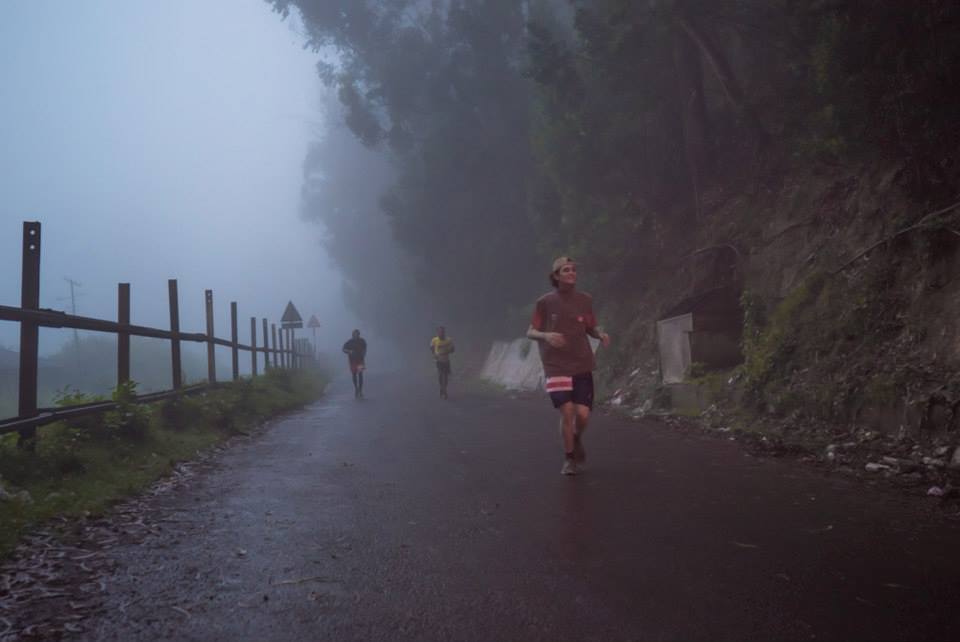 A still from the Nilgiris Ultra Marathon via Townscript.

The Nilgiris Marathon, now in its eighth iteration, is scheduled towards the end of the year, which means that you have plenty of time to prepare for it.

Participating in a marathon in India can be a rewarding experience as you get to compete against some of the most passionate athletes from different backgrounds. You also get to run across landscapes that provide scenic views — from picturesque mountains to gushing waters of the sea.

Think we missed an event in this list? Do you know of any other marathon in India that’s equally intense, if not more? Let us know in the comments section.

Stuck Indoors? Here Are Some Intense Runs in India to Explore After the Pandemic