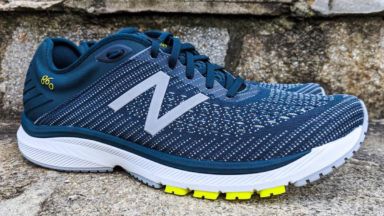 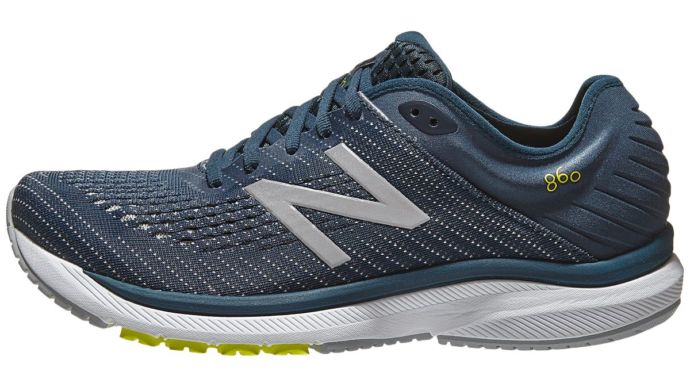 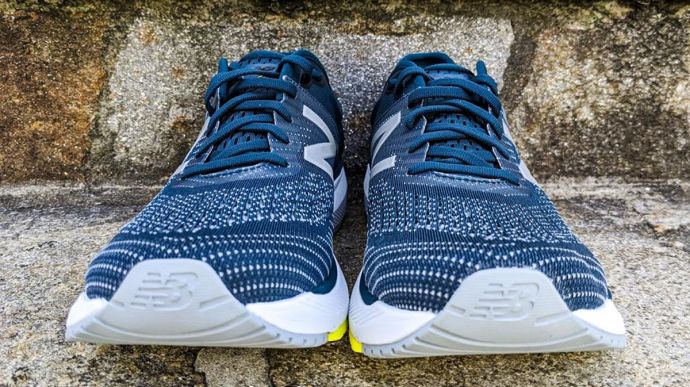 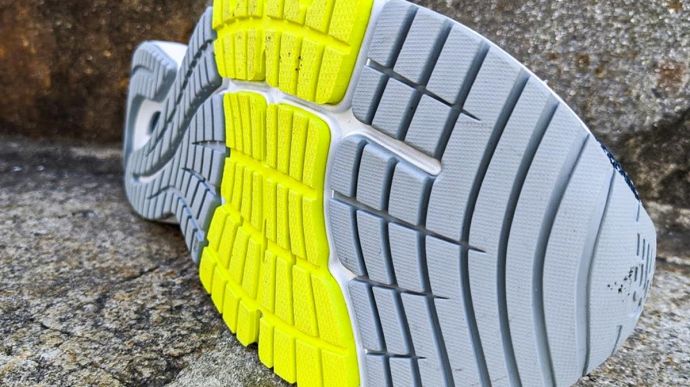 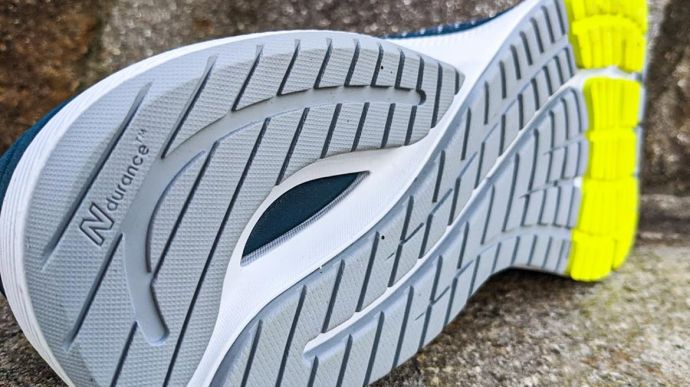 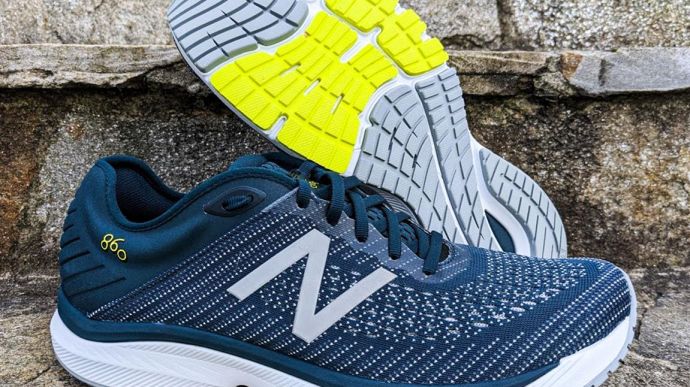 The New Balance 860 V10 belongs in the toolbox of a runner needing some stability in their running. It is versatile, light and comfortable giving the runner a responsive ride. Perfect for long runs and recovery days.
WHERE TO BUY
LOWEST PRICE
$129.95
SHOE INFO
New Balance
Brand
860 v10
Model
Cushioning
Type
11 oz. (312 gr.)
Weight
129.95 US$
MSRP
10 mm
Heel Drop
860v9
Previous model
WHO IS IT FOR
This is a shoe made for an overpronator plain and simple. It is ideal for someone training for longer distances 10K and up.
Help me choose

Whenever I get a pair of New Balance shoes to test, I have to get out my decoder to decipher the model numbering. Breaking it down, 860 translates into a moderately priced stability shoe in its 10th incarnation. Great! Now I don’t need to pull out my key until I get my next pair.

The shoe sits in the same road as other middle of the road (think weight, features, price) shoes like Brooks Adrenaline, ASCIS GT 2000 Saucony Omni.

The first thing that stood out to me upon unboxing was the design of the upper. The toe box’s standard mesh compared to the 3D printed heel was contrasting to say the least.

New Balance calls this colorway Supercell with Orion Blue and Sulphur Yellow; also known as sea blue with a hint of yellow. The colors are unique and stand out against my other shoes, but not in an obnoxious way.

They fit great upon the first time taking these out. I was a little worried about the heel being too soft and the stitching on the heel counter giving issues so I made sure to wear longer socks on my first run.

Walking around there was some slippage in the heel but it was barely noticeable after a couple of miles running in them.

The midsole utilizes a medial post approach to stability. The denser foam in the medial side of the shoe provides support and stability.

On landing and liftoff, I could feel my foot being guided into the right movements and preventing it from rolling in too much. Overall it is very firm to the touch.

The outsole has your usual amount of blown rubber. The tread pattern allowed for great traction on impact and lift off. I had zero issues in inclement weather and always felt like I was in control.

I did not run in the 9th edition of these, but I was happy to see the plastic t beam was removed. I always get a tap dancing shoe feel when I run in shoes that have these components. Quite flexible

The 10mm drop had me landing on my heels a lot, but the sole was slightly sloped upward so I had very smooth natural transitions on lift off.

New Balance boasts the stability features to be natural feeling but this is an exaggeration. Every time my foot landed and corrected my stride I said to myself “yep, this is a stability shoe”.

This isn’t necessarily a bad thing, but this is still very much, well, a stability shoe.

This is unlike some of the competition moving away from traditional stability (think Brooks’ guide rails system found in the Adrenaline, Ravenna and even Beast models).

Overall the ride was firm, but comfortable. The denser foam helped keep my foot in check but also allowed me to hit some faster splits if I wanted to.

The firmness wasn’t an issue when I wanted to dial back and run something easy after a hard day before.

The upper has a lot going on. For the most part all these moving parts work together for a great, functional fit. It’s a New Balance shoe, so it’s going to be inherently wide. No need to size up or go wide here.

The front half of the shoe is made of an engineered mesh. The toe box is quite roomy; par for the course on New Balance shoes.

This material is quite breathable, to the point where you can see your socks through the shoe. it was l was flexible out of the box and formed to my feet nicely over testing.

These will be a great summer shoe; though don’t go stomping in puddles with them. For what it’s worth, the material is pretty quick drying.

I was not a huge fan of the lacing construction. First, the laces stretched to the point where i had to make a conscious effort to make sure they wouldn’t come untied.

It wouldn’t be a problem if they weren’t long to begin with. I was always double knotting and making sure the loops didn’t droop over.

I also had to significantly loosen the laces when putting them on. Almost every time, I had to nearly re-lace them to get a proper fit. The material around the midfoot and laces was very rigid.

Thankfully there were no hot spots or fit issues. The tongue was plush and wide so it never rode inward. It does feel great, this just isn’t a shoe you can throw on right away. Putting them on was a production.

The heel is the most unique part. I honestly thought it was going to be the weakest part about the shoe. I’ve ran in shoes with similar construction and it’s always a blister nightmare; especially with the stitching along the collar.

It is a 3D printed “Ultra” heel. The material is not hard by any means, but it’s padded and cups your heel in comfortably. It gently locked me into the shoe.

I noticed some slippage when walking around in the them, but once I got going I noticed nothing. I even wore some low cut socks to see if blisters would happen, but they never did.

I enjoyed running in these. It had a responsive, light ride despite being on the heavier side. I wouldn’t recommend doing workouts in these but I was able rip some fast miles in them without dragging too bad.

The shoe really shined on my long runs and recovery days. I ran 12 miles in these out of the box and could run a moderate pace with ease feeling like I could go forever.

They were a relief on days after I hit the track or did some tempo work around the neighborhood.

My only complaint is how much of a pain it was to get these on.

From significantly loosening the laces EVERY time, to making sure it fit right (snug, but not too snug), to having to triple knot them so I didn’t trip it was certainly a production.

Otherwise, this is a solid shoe from New Balance. If you are looking for something with traditional stability and a modern look, then this is for you.

We purchased a pair of New Balance 860 v10 from runningwarehouse using our own money. This did not influence the outcome of this review, written after running more than 50 miles in them.