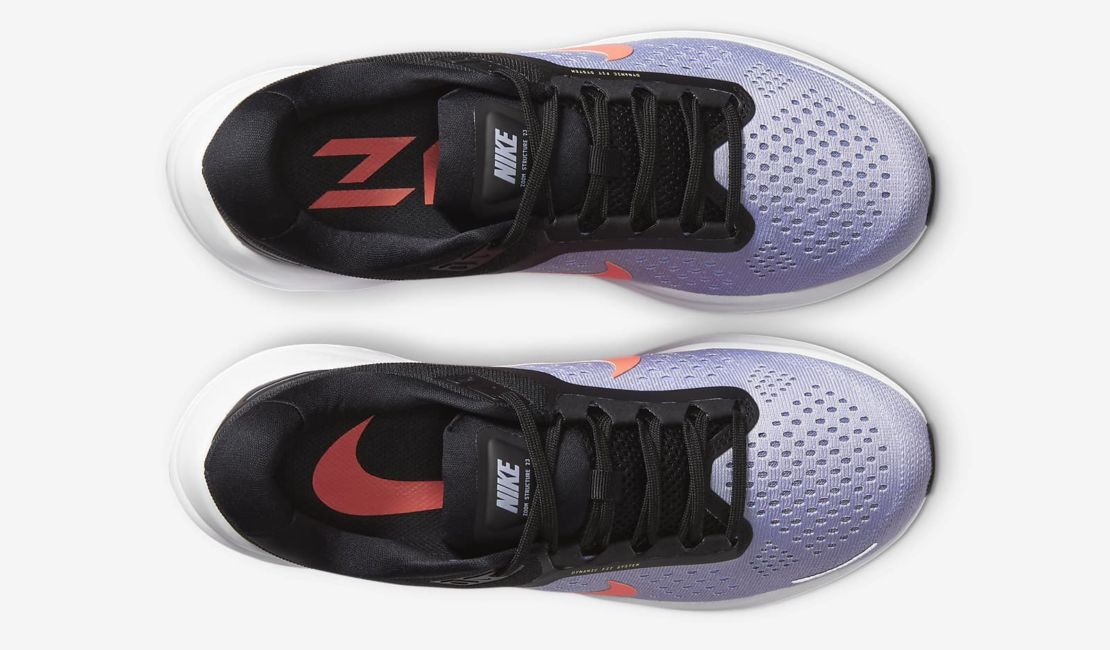 Did Nike ever really state that their flagship stability trainer, the Structure was being discontinued? No- but they did suggest it.

In the advertising for their Infinity Run, they said that the Infinity Run reduced injuries by 52% compared to the Structure 22.

This was a bizarre thing to do and made no sense at all. To trash their very own stability shoe which has been around for 22 versions to hype up the new kid on the block seemed like madness.

The only reason this move would make sense was if they were going to axe the Structure. Perhaps Nike was going to discontinue the Structure but due to popular demand brought it back from the dead?

In the leaks, there is clearly no more medial post which has been a staple in the Nike Structure series.

Medial posts were introduced in the late 70’s when the blown EVA foam midsoles would compress quickly and go flat in a short period of time. Over time, the medial side of the midsole would flatten, causing the foot to dangerously roll inwards. Brands rectified this by placing a “post” in the shoe.

Over time, midsole technologies advanced. Compression-moulded EVA and polyurethane midsole were invented which were a lot more durable. Running shoes became much more stable and the medial sides of the shoes stopped flattening out.

Many of the firmer, neutral trainers are stable enough to not need a medial post. Examples include the Brooks Glycerin and Ghost, the Saucony Ride and the Mizuno Wave Rider.

Nike has now also come to the sudden realisation that the medial post has outlived its usefulness.

When is the Release Date for the Structure 23?

There is no concrete launch date yet but the Structure 23 is expected to be released in the Spring of 2021.

Zooming into 2021 with the ZoomX Invincible Run and the React Infinity Run 2
New Shoe Releases for the Week of 8 June – 14 June
Puma Teams up with MIT to Create the Calibrate Runner
Nike Launches the Metcon 6
Garmin Looks to Make Solar Power the New Standard
Mizuno Enerzy: The New Revolutionary Cushioning Technology

The Brooks Adrenaline is a tried and true stability trainer. While you could ...(Read expert review)

The Hoka Carbon X 2 is a high performance super shoe which specialises in ...(Read expert review)

The Dynablast is a good lightweight trainer that offers a classic ride. ...(Read expert review)