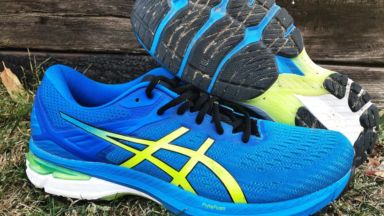 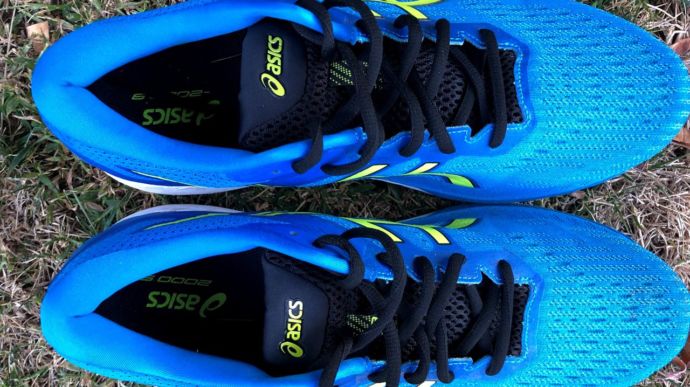 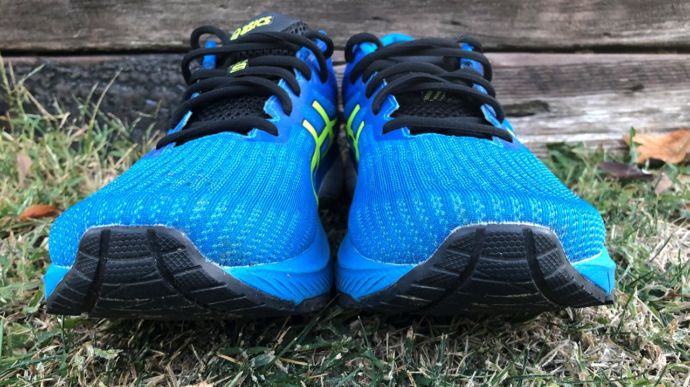 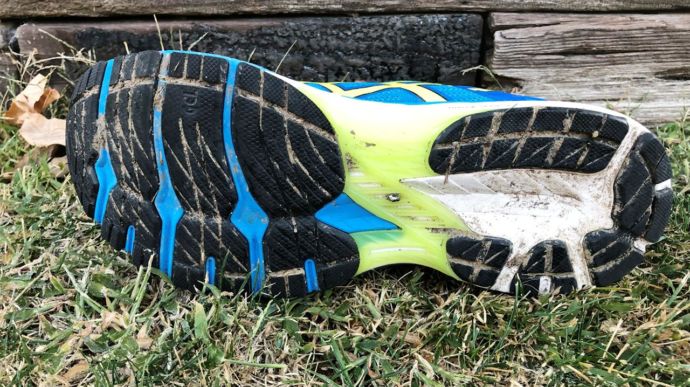 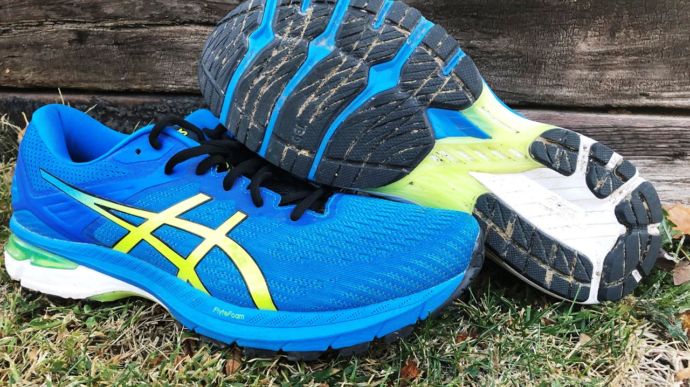 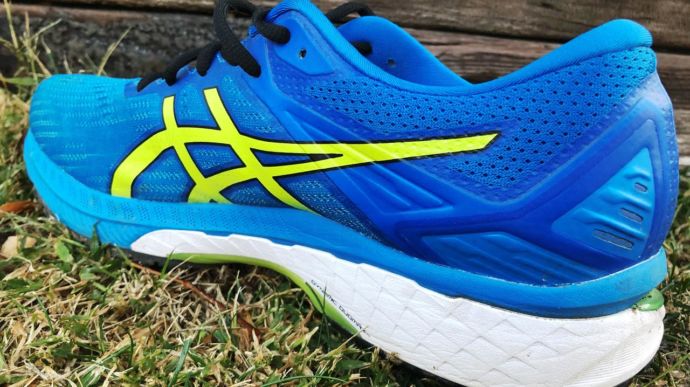 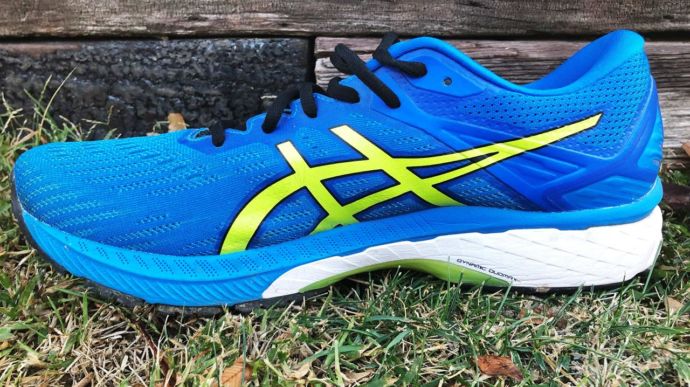 The ASICS GT 2000 9 is a moderate stability trainer. It is a durable and stable trainer but its shortcomings prevent it from being an excellent one.
WHERE TO BUY
LOWEST PRICE
$102
SHOE INFO
Asics
Brand
GT 2000 9
Model
Stability
Type
10.3 oz. (292 gr.)
Weight
120 US$
MSRP
10 mm
Heel Drop
Asics GT 2000
Family
GT 2000 8
Previous model
WHO IS IT FOR
I would recommend the ASICS GT 2000 9 to a new runner who would like a daily trainer with reliable stability that provides a firm ride which is built to last.
Help me choose

Like the ASICS Kayano, the ASICS GT-2000 has been a mainstay in the stability running field. I remember running in them when they would count by 10 with every new edition. The last version of that was 2160.

So if my math is correct it would make the GT-2000 9 the 25th edition of one of ASICS cornerstone stability offerings.

What do you do to an established stability trainer to keep it relevant and make it better?

ASICS offers 4 stability trainers in their lineup, the 1000, 2000, 4000 (motion control option) and the Kayano. The 2000 is the mid tier offering priced at 120 dollars, which is comparable to other top mid options.

It competes with the Saucony Guide, Brooks Adrenaline, and Mizuno Wave Inspire.

The ASICS Gt 2000 9 underwent an upper redesign since the last edition, new materials were used. The directorie blue and lime zest colorway is bright and makes a statement.

The lime zest logos are a highlight that grabs your attention. My only colorway suggestion I would make is to have the midsole be white all the way from heel to toe instead of blue halfway through.

There are six colorway options so you are bound to find one that strikes your fancy.

Over my experiences of running in ASICS I have come to expect a balanced feeling when it comes to cushioning. This was not the case with the GT 2000 9. It was surprisingly firm.

The fit of the shoe met my expectations for an ASICS trainer. A snug feeling was felt throughout the shoe, especially in the midfoot area.

I took them out of the box and took them on a 10k mile maiden voyage. Since I have reviewed many ASICS offerings in the last couple years there was a familiarity I immediately felt.

It was a stiff but stable ride with a tighter fit than what I was used to on my first run. I was hoping this was just an adjustment period.

There have been small changes made to the midsole of the ASICS GT 2000 9. Let’s start from the ground up.

ASICS incorporates two materials into their outsole. In the heel area you will find AHAR+, a carbon rubber material used in the heel portion. This is used to increase the durability of the shoe.

In the forefoot you will find AHAR (ASICS high abrasion rubber), tried and true, this material ensures the GT 2000 9 is built to withstand hundreds of miles.

Horizontal flex grooves are found in the forefoot to increase the flexibility. You will not find a more durable outsole than AHAR.

Flytefoam makes up the midsole of the ASICS GT 2000 9. This has been the go to material used in most ASICS offerings. It provides a firm and responsive ride, while being lightweight.

Gel cushioning is found in both the forefoot and heel areas. This counteracts the firmness felt from the flytefoam.

The stability of the ASICS GT 2000 9 is provided by their Dynamic DuoMax. It is a dual density foam found on the medial side of the foot. It is basically their version of a medial post.

The density of this foam is evident as you run but not in an overbearing way. It runs from the back of the heal all the way through the midfoot.

It works in partnership with the Guidance Trusstic System located on the bottom of the shoe in the midfoot area. This is a lightweight hard plastic plate that provides torsional rigidity.

Basically it is there to hold your foot in place while allowing the heel and forefoot areas to move independently of each other.

A small change was made to the footbed of the 2000 9. ASICS has tweaked it to provide a better step in feel. There are also gender specific differences in the forefoot of the foot bed to better accommodate the runner.

The upper has undergone some small changes in terms of material used. The GT 2000 9 has the same twin layer mesh as the 2000 8 but they have improved the fit and feel of it.

The improved mesh is more flexible and breathable. You will find a seamless constructed upper which means there are no points of irritation.

A structured upper is what you are going to feel in the ASICS 2000 9. One aspect of the structure is the clutching system found in the heel. This helps provide a secure fit.

While not being as secure as the exoskeleton heel counter found in the Kayano it still holds your feet in place during your stride in turn making it stable.

The GT 2000 9 runs true to size. It is a snug fit throughout the shoe. Some tightness was felt in the heel and midfoot, but especially in the midfoot.

The toe box is on the narrow side. This was a similar fit to other ASICS offerings I have reviewed. This wasn’t a big issue for me but it may be for other runners. The upper was a strength of the ASICS GT 2000 9.

I have fond memories of the ASICS GT 2000 line. I wore them through multiple cross country seasons in high school. They carried me across the finish line of my first half marathon.

It is fair to say I have a soft spot for them, but it has been years since I have run in them. How does the GT 2000 version 9 hold up to those of yesteryear?

The outsole and midsole of the GT 2000 9 is built to last, showing minimal wear after 75 miles. ASICS uses the proven trusstic system and Dynamic DuoMax combination in the midsole resulting in stability mile after mile.

I like ASICS’ somewhat “old school” approach to stability. It is secure and dependable like your favorite pair of running shorts.

I struggled with the feel of the midsole. They were stiff and provided minimal energy return. I thought it was a breaking-in period, but after 75 miles they still feel rigid and unforgiving.

I believe there would be a difference if you installed some Flytefoam Propel into the midsole. My expectations for midsole experience were high, I was disappointed when the GT 2000 9s didn’t hit them.

The newly designed upper of the GT 2000 9 was a strength of the shoe. The clutching system in the heel worked in tandem with the elements in the midsole to provide a stable ride.

The new material used for the upper was breathable and durable. A drawback to the upper was tightness. The narrow fit throughout the trainer could be troublesome for runners.

I had mixed feelings about the GT 2000 9. On one hand, the fit of the upper was secure and comfortable. On the other hand, the midsole was quite stiff, inflexible and lacked energy return.

These issues resulted in an unpredictable ride, some runs were smooth and others were rigid and tough. These drawbacks overshadowed many of the positive aspects of the trainer.

I have been able to review many of the other moderate stability trainers over the last few years. The GT 2000 9 would sit in the middle of the pack. I have similar feelings as I had for the Mizuno Wave Inspire.

They are both built to be workhorses but their inconsistent rides hold them back from standing out in a crowded stability field.

In comparison to the other ASICS offerings, the 1000 offers much of what the 2000 does, except it provides a more consistent ride and is more affordable.

If cost isn’t an issue for you, the Kayano, specifically the 27, is the best shoe of the lineup. It is more expensive, but it delivers a smooth, cushioned and stable ride every time you lace them up.

For GT 2000 loyalists, the 9 may be another welcomed and enjoyed edition to a storied trainer. For me, it missed the mark in important areas for it to become my daily trainer.

We purchased a pair of Asics GT 2000 9 from runningwarehouse using our own money. This did not influence the outcome of this review, written after running more than 50 miles in them.

Visit ShopAmazon.com
This page contains affiliate links. As an Amazon Associate I earn from qualifying purchases.
WHERE TO BUY
LOWEST PRICE
$102
AVAILABLE ON SALE:Previous model $59