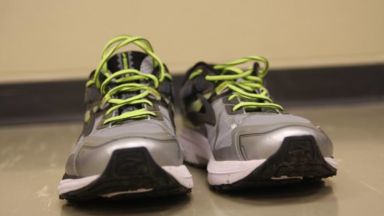 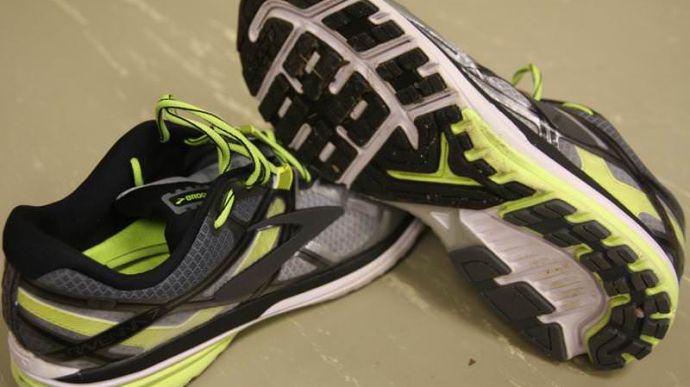 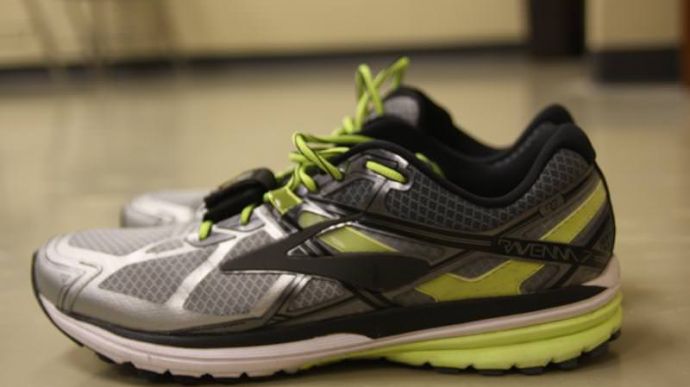 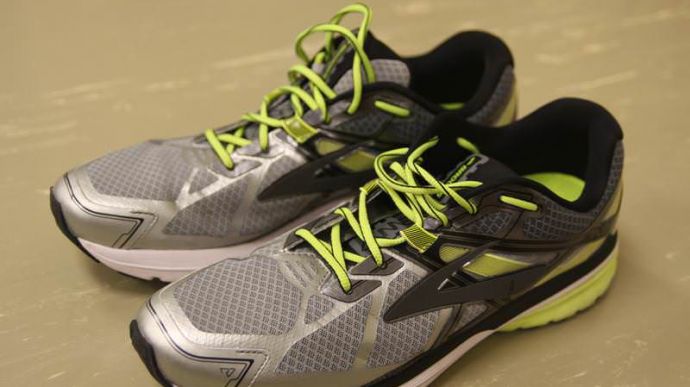 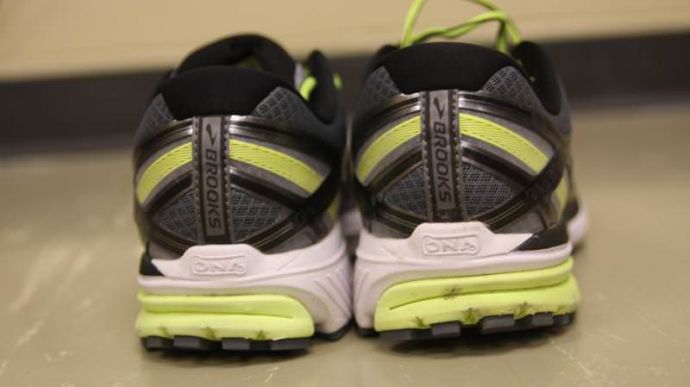 The Brooks Ravenna 7 is a lightweight high-mileage trainer with a subtle amount of support. Competitively priced with a smooth, soft ride, the Ravenna should be a hit with almost any runner.
WHERE TO BUY
LOWEST PRICE
$120
SHOE INFO
Brooks
Brand
Ravenna 7
Model
Stability
Type
10.70 oz. (303 gr.)
Weight
120 US$
MSRP
10 mm
Heel Drop
Jan / 2016
Release Date
Ravenna 6
Previous model
WHO IS IT FOR
I would recommend this shoe for anyone looking for a high-mileage, from beginner to experienced runner, this shoe is for all.
Help me choose

The Brooks Ravenna 7 is the latest update from Brooks for one of its flagship lines. The Ravenna is Brooks offering for the minimally-supportive, high-mileage crowd.

It is designed for the half-marathon and marathon runner, but can be used for those just looking for a well-cushioned runner. They are responsive and feel quick on the feet even when logging the higher mileages.

The Ravenna 7 replaces the last model of this shoe while updating some important and easy to notice features.

With updates to the upper and the foam configuration based off of lab tests and feedback from Ravenna 6 runners as well as wear-testers, the new iteration shows Brooks’ commitment to providing the best experience for their runners.

This shoe one of Brooks most popular offerings — along with the Adrenaline GTS, Ghosts and Glycerin. With it’s price point of $120, it will compete against the likes of Mizuno Wave Inspire, Saucony Guide and the ASICS GT-2000.

The first impression of this shoe is that it didn’t seem as aggressive as I thought it would be, considering the amount of research indicating speed as a major asset to the shoe.

However, the shoes were incredibly comfortable to just stand in and wear upon unboxing. The first time taking them out on the streets proved that the cushioning would be a blessing for my long runs.

The sole unit of this shoe features Brooks’ signature BioMoGo DNA foam cushioning and delivers a cushioned, smooth ride throughout your run.

Brooks has developed a quick Midfoot Transition Zone that helps the shoe move through the heel-to-toe transition quickly.

They have also redesigned the Forefoot Energy Zone to improve the responsiveness and keep your feet feeling fresh throughout the run.

Throughout the sole you can feel the changes the undercarriage chassis mainly in the less rigid medial post which offers support without overdoing it.

Although this shoe is stability offering, they are not over the top on the support. I am a neutral runner, and I felt just fine — in fact, quite content — while running in these shoes.

The overall sole provides a quick ride that is firm in the forefoot but well cushioned on heel.

Although the shoes didn’t have the appearance of being overly aggressive when I unboxed them, they were comparably quick with the Brooks Ghosts 8 and ASICS Cumulus 17 while not quite making it to the turnover offered by the New Balance Vazee.

The upper for this shoe uses the now standard Brooks offerings of seamless design. Mostly made of mesh, the upper is breathable but still quite supportive through the overlays.

However, the thing that helped the most with upper support is the adjustable midfoot saddle. The saddle really locks your foot into the shoe and gives you security on the run.

With that being said, the saddle could at times become too tight during longer runs and apply too much pressure on the midfoot.

The tongue of the upper is plush but breathable. And Brooks continues to add the small details such as shoelace guidance eyelet towards the top of the tongue to make sure it doesn’t move during the run.

Knowing that the tongue of the shoe won’t move during a run is a small touch, but something that makes a consumer keep coming back.

The main drawback to the shoe was that running during rains — amazing enough in January in Nebraska — or with snow on the ground results in very wet feet.

This is a tradeoff often associated with a shoe that is breathable. Overall, the upper is incredibly comfortable and well suited for almost any run.

I didn’t know what to think about running in this shoe since I am normally a neutral runner. However, this shoe proved to be a very enjoyable ride.

Although it is a stability shoe, the amount of stability is not overwhelming, and as a neutral runner it was still OK.

The ride was stable on the ground, and quick in turnover. Because of this, the shoes seemed to be pushing me forward and responded well to tempo and speed workouts.

The shoes really shined on the tempo and mid-to-long runs. During the runs of 8-11 miles, the shoes were supportive and well cushioned. However, I was not impressed with how the shoes responded on the track.

Although they were adequate, they just didn’t compare to how the New Balance Vazee Pace or the Salming Speeds or even how the Brooks Ghosts felt on the track. It just seemed that these shoes felt to be a little lacking.

The one of the other negatives of this shoe was that the midfoot saddle sometimes would work its way to becoming too tight and put excess pressure on my midfoot.

On two different runs this tightness caused cramping in my foot, which is a decidedly unpleasant experience while still a couple miles away from your endpoint.

With that being said, the biggest drawback was just how long it took for these shoes to break in.

When compared to some of the shoes I reviewed in 2015 — especially the Brooks Ghosts, ASICS Cumulus and Salming Speed — these shoes took too long to break in.

The average mileage I noted for full comfort and break in for the three mentioned shoes was 12 miles over 3 runs.

Meanwhile, the Ravenna didn’t feel fully broken in until after my 6th run, and had logged 28 miles in the shoes. This factor was disappointing.

Although I just spent the last couple of paragraphs talking about the negatives, you may have noticed that these are very small negatives in the long run.

There is very little to be negative about with this offering from Brooks. The shoe is responsive, yet cushioned; they are fast, yet stable; and they felt great on long runs.

Overall, these shoes are some of the first that would come to mind when I would make a recommendation to runners who need a little support. They respond well to speed and distance, which means they can certainly be a “go-to shoe.”

We thank the nice people at Brooks for sending us a pair of Ravenna 7 to test. This did not influence the outcome of the review, written after running more than 50 miles in them.